Fit for 55 package: What does it mean for local and regional authorities?

On July 14, the European Commission adopted a package of proposals to reduce net greenhouse gas emissions by at least 55% by 2030, compared to 1990 levels. The legislative initiatives will impact the transport sector and set new sustainability goals and tools for national, regional, and local authorities.

The “Fit for 55” package is composed of 13 legislative proposals, with the goal to reduce EU greenhouse gas (GHG) emissions by at least 55% by 2030 compared to 1990 levels. To help bring EU Green Deal objectives to reality, this package focuses on key changes in carbon emission, infrastructure for electric vehicles, housing, but also highlights the role of national and local authorities, as well as the financial support needed for a successful transition.

Stricter CO2 limits for cars and vans will be implemented. According to the proposal, “all new cars registered as of 2035 will be zero-emission”. Cities and regions across Europe are already on the right track, with Brussels and Amsterdam planning to implement these measures by 2030, closely followed by Paris and London.

To ensure that drivers are able to charge or fuel their vehicles across Europe, the revised Alternative Fuels Infrastructure Regulation will require Member States to install charging and fuelling points at regular intervals: every 60 kilometres for electric charging and every 150 kilometres for hydrogen refuelling.

In addition, the Effort Sharing Regulation aims to strengthen Member State’s’ emissions reduction targets (for buildings, road and domestic maritime transport, agriculture, waste and small industries). The Commission recognises the different starting points and capacities of each Member State, which is why these targets will be based on GDP per capita and will consider cost efficiency.

One key mechanism that has undergone a revision under Fit for 55 is the EU Emissions Trading System (EU ETS), the market-based mechanism that sets carbon price on CO2 emissions of power plants, factories and airlines operating within the European Union. By establishing economic incentives to reduce emissions, the Emission Trading System acts as a crucial tool in the EU's efforts to combat climate change. The European Commission has now proposed to “lower the overall emission cap even further and increase its annual rate of reduction”. A new Emission Trading System is set up and dedicated to fuel distribution for road transport and buildings, to specifically “address the lack of emissions reductions in road transport and buildings”.

Member States and local authorities will also be encouraged to pursue their involvement in sustainable projects: the Commission proposed that they “. The European Commission proposed that they “spend the entirety of their emissions trading revenues on climate and energy-related projects”. A dedicated part of revenues linked to the creation of a new system for road transport and buildings will need to take into consideration and address “possible social impact on vulnerable households, micro-enterprises and transport users”.

The housing and energy sector

The package also focuses on the building and heating sector: the European Energy Efficiency Directive encourages Member States to implement a requirement for local heat planning for cities with over 50 000 inhabitants and calls for appropriate financial and technical support dedicated to Member states.

The European Commission’s approval of the “Fit for 55” package marks the starting point of negotiations with Member States, the European Parliament as well as with transport and energy stakeholders and associations. If the timing for finalisation of these proposals has not yet been established, one thing remains clear: ensuring a safe and sustainable environment for citizens remains a priority of the European Union. 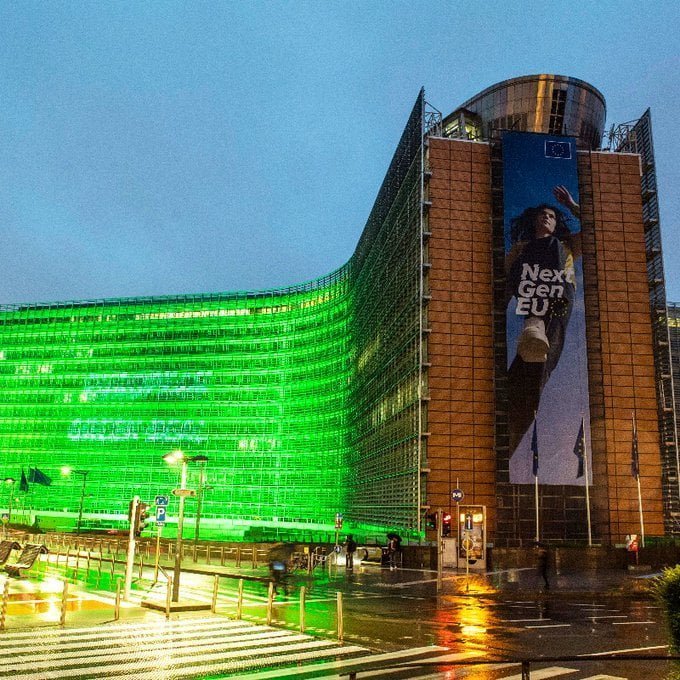 The Commission has proposed to reduce net greenhouse gas emissions by at least 55% by 2030. Credits: European Commission.