Steps ahead! The future of Barcelona's superblock

Barcelona reveals how the superblock concept has transformed urban mobility, and why it is now time to go further!

The superblock is now a widely heralded urban design concept. But it was not always this way. Almost 5 years ago, when POLIS member Barcelona began implementing its nine-block grids that turn what was once car-centric streets into pedestrian zones- it was a hugely ambitious - if not audacious - move.

A superblock is an area of urban land bounded by arterial roads; within the superblock, the local road network, if any, is designed to serve local needs only, the streets inside serving as public squares for the neighbourhood, widespread pedestrianisation and comprehensive traffic calming.

The move has paid off- and the city is moving at breakneck speed towards climate neutrality- and its superblocks have become a blueprint for Urban Access Regulations across the globe.

We spoke to the city’s Deputy Mayor, Janet Sanz, about how the superblocks have revolutionised Barcelona and what is next.

How have Barcelona’s superblocks changed mobility in the city?

Historically, cars were the focus while designing the city. That’s why nowadays 60% of the public space is for cars and more than 1 million cars cross the city every day.

Based on the principles of ecofeminist urbanism, Superblocks plan to change this dynamic. The priority now is pedestrians and sustainable transport like trains, subways, trams or bikes. By 2024, the goal is that 80% of trips in Barcelona will be on foot, by bike or by public transport.

The superblock is a strategic plan for the whole city that will turn 1 out of 3 streets in the city into green streets by 2030. These are traffic-calmed streets, with priority for pedestrians, with more greenery, and spaces for interaction, play and recreation.

How have you measured the effects of the superblock? 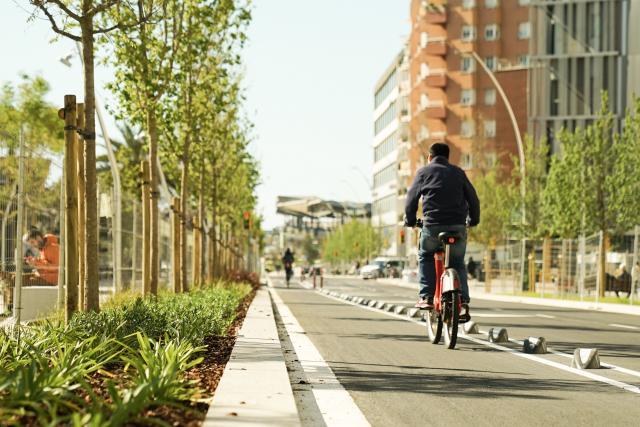 We’ve measured the effects of the superblocks in different places, and found that they reduce pollution (in Sant Antoni atmospheric pollutants such as NO2 have dropped by 25%), reduce noise (in Glòries has dropped by 9 decibels), increase sales of local businesses and reduce the number of cars in the superblock area, also in the adjacent streets.

How will the superblocks aid your journey towards carbon neutrality?

Superblocks help our journey towards carbon neutrality, reducing the entry of cars into the city and promoting public transport.

Superblocks are part of an all-encompassing strategy to transform the main thoroughfares of Barcelona, ​​which today are urban highways.

For example, we are building tram infrastructure on Diagonal Avenue, promoting a clean and silent public transport system that will prevent the entry of 12,000 cars every day. At the same time, we're redeveloping Meridiana Avenue, where the arrival of Superilla has reduced the entry of 17,000 cars a day. All are supported by the superblock approach - which puts citizens and the future of our climate first!

What have been the key lessons you have learned/ challenges you have faced?

Faced with a climate emergency, urban changes cannot wait. We know that public transport in our country needs better infrastructure, better service and more investment from the Spanish and Catalan Government.

Nevertheless, we have acted swiftly - and as you can see, it is possible to make big changes in the timeframes we so desperately need! 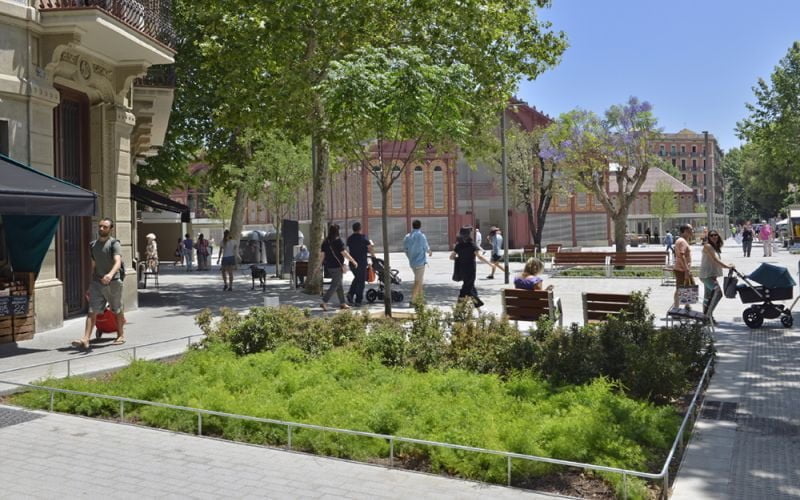 Particularly thinking about political will and the role of decision-makers, what role has political support played in the success of your superblocks?

It’s an essential role. Cities are taking the lead in the global fight against climate change, as we are often the first line of defence against the increase in temperatures or the rise in sea level. As a result, it is the quick, decisive moves we are seeing at city level which helped Barcelona implement the changes which - all too often - take decades to take place.

Nevertheless, we still need the States and the European Union to accompany and support these changes! 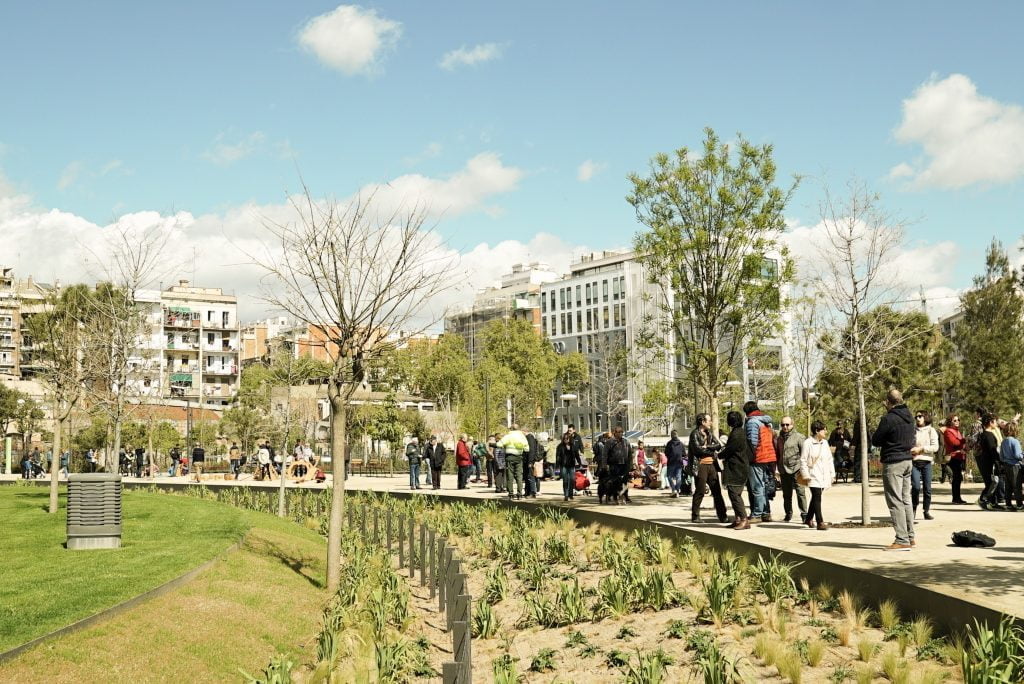 What can your city’s work teach other cities? How can this model be transferred to others - considering each city has its own unique transport challenges?

More than 250 cities have been interested in knowing how the superblocks work and some of these cities (such as Vienna, Berlin, Bogotá or Los Angeles) have promoted transformations inspired by Barcelona after technical exchanges with our superblocks teams.

Whatever their approach to mobility planning, cities share a common vision of the future: greener, less polluted and more livable cities. Superblock Barcelona offers an effective and efficient strategy that many other cities can replicate. 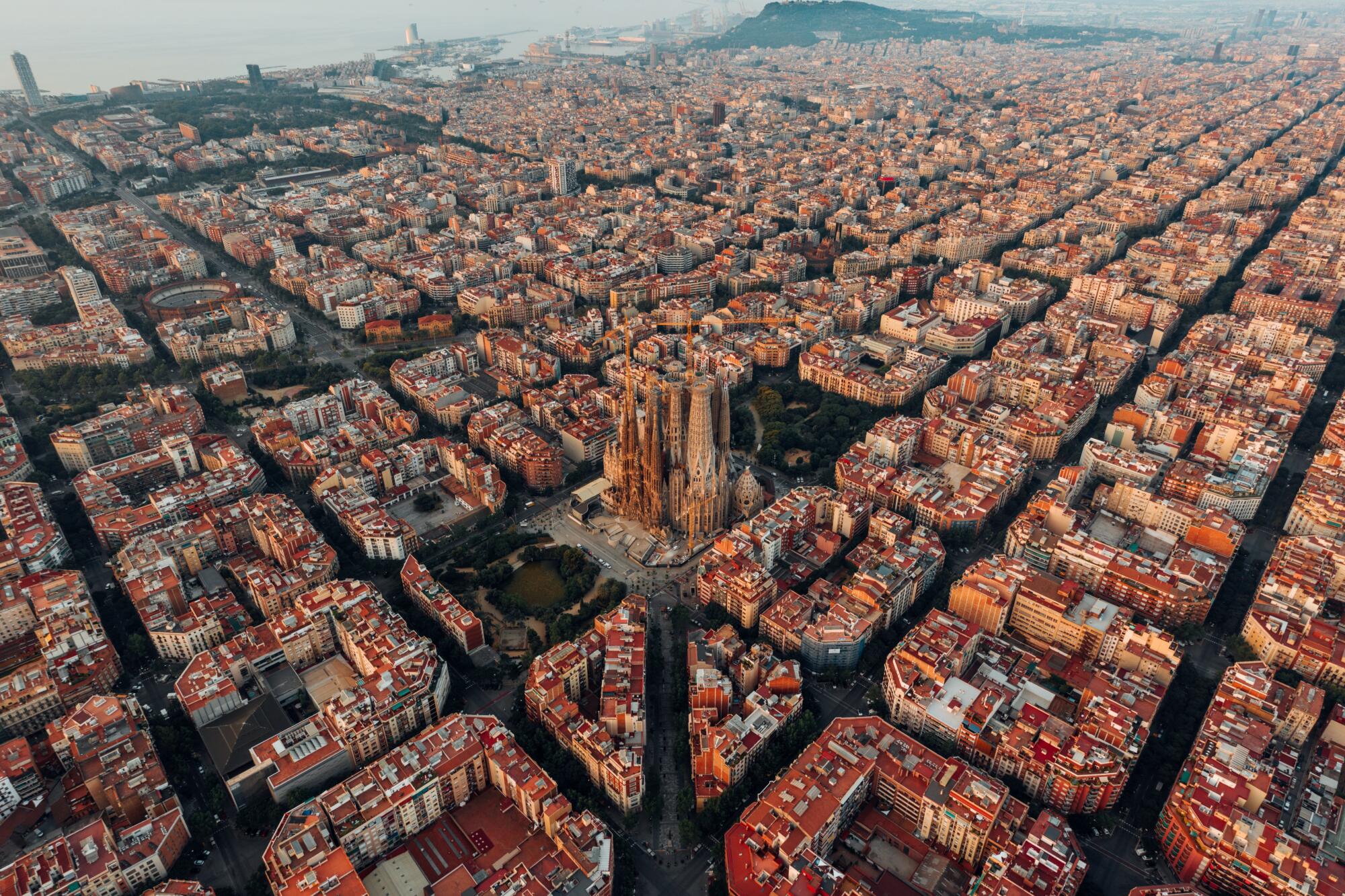