The SUMP Award recognises the progress being made in urban mobility. This year’s winner, Brussels Capital Region, demonstrates how our cities and regions are creating SUMPs that develop into accessible, inclusive and integrated transport services. Isobel Duxfield reports.

Over the last few years, Sustainable Urban Mobility Plans (SUMPs) have become a mainstay of transport policy agendas in cities and regions across Europe. These plans address major mobility challenges such as congestion, pollution, climate change, road crashes, on-street parking and the integration of new mobility services by delivering changes through cooperation across different levels of government, and with local residents and other principal stakeholders.

SUMPs have thus become decisive indicators of how well cities and regions are addressing issues of accessibility, environmental sustainability, security, and cost effectiveness of transport options.

The European Commission's SUMP Award was launched in 2012 to recognise these achievements and encourage other municipalities to embrace these concepts. Since its inauguration, winners have included Bremen, Malmö, and last year’s winner, POLIS member Greater Manchester.

The European Commission's Award for Sustainable Urban Mobility Planning was launched in 2012. The aim of the award is to encourage the adoption of Sustainable Urban Mobility Plans (SUMPs) by local authorities across Europe and to reward outstanding achievements in each year’s thematic priority area. The SUMP Award is different from the EUROPEANMOBILITYWEEK Award, but remains complementary. The EUROPEANMOBILITYWEEK Award is given to municipalities for their outstanding activities, whereas the SUMP Award recognises local and regional authorities for excellence in sustainable urban mobility planning.

This year, Brussels Capital Region claimed the 8th SUMP award, which was presented at the EUROPEANMOBILITYWEEK (16-22 September). This victory reiterated the fantastic innovation POLIS members are making in their transport services. The region was followed closely by finalists Kaunas (Lithuania) and Wrocław (Poland), in a competition judged by three distinguished European experts in the field of active mobility and sustainable urban mobility planning: Siegfried Rupprecht of Rupprecht Consult, Bronwen Thornton from Walk21 and the European Cyclists’ Federation’s Fabian Küster.

This year’s theme was walking and cycling, focusing on the integration of safe, active mobility in sustainable urban mobility planning. In a year when the pandemic has thrown away the urban mobility rulebook, forcing cities and regions to seek alternatives to public transport networks, this seemed apt topic. Municipalities across Europe and beyond have introduced innovative cycle and pedestrian infrastructure, from Arnhem-Nijmegen’s cycle highway to Budapest’s temporary cycle lanes; however, the SUMP finalists have truly exhibited how such transport offerings can be embedded within long-term changes to urban modal splits.

SUMP – more than an acronym

Sustainable Urban Mobility Plans (SUMPs) aim to improve accessibility of urban areas and providing high-quality and sustainable mobility and transport to, through and within urban areas. It regards the needs of the 'functioning city' and its hinterland rather than a municipal administrative region, fostering a balanced development of all relevant transport modes, while encouraging a shift towards more sustainable modes. Plans present, or are linked to an existing, long-term strategy for the future development of the urban area and, in this context, for the future development of transport and mobility infrastructure and services. 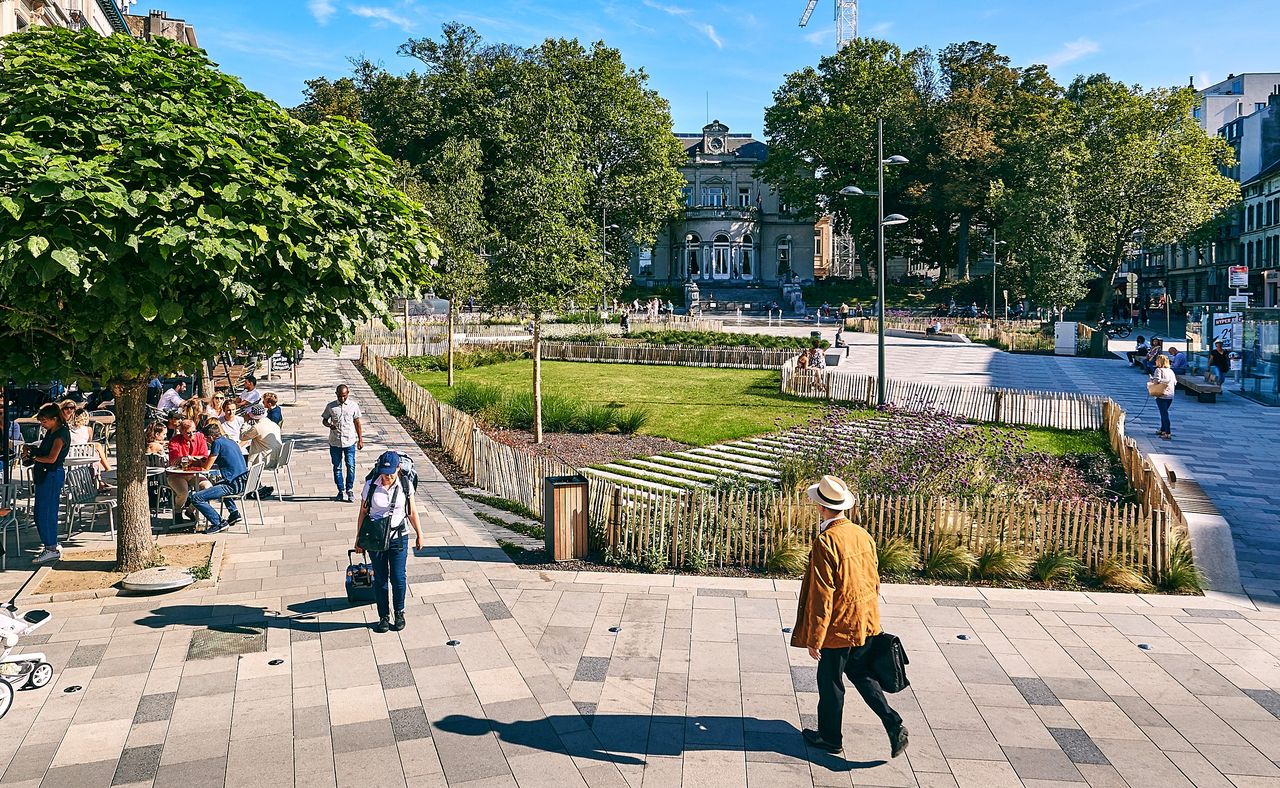 Brussels is raising the bar on how cities think about mobility, and not only in terms of transport networks – it’s about the nature of the city.- Jury

Brussels has enormously improved and optimised its public transport network over the last few years, with particular focus on bicycle and car-sharing services, as well as micromobility. At the same time, many urban planning projects have made it possible to rethink and enhance public space. It is Brussels Capital Region’s clear and ambitious sustainable mobility goals that clinched the city the SUMP title. Targets including zero road traffic deaths by 2030, restricting car usage, reducing the speed limit to 30km per hour by 2021, and increasing the number of pedestrianised zones to transform the pedestrian experience of the city streets.

The Region has also decided to develop 8 Pedestrian "Magistrales" – high quality, continuous, safe, pedestrian routes, constructed with the aim of encouraging people in Brussels to cycle or walk for short distances. The region’s cycling plan was also instrumental in its victory.
The Region has set itself the goal of developing a complete and safe cycling network that allows and invites people to travel by bicycle for short journeys in their neighbourhood or to reach other neighbourhoods and the city centre, as well as along major roads or railways to cross and reach neighbouring regions. Brussels approach to cycle infrastructure follows a basic, but core, principle: mixing as much as possible and separating where necessary. In local street districts at 30km per hour and with calm traffic, cyclists ride without any reserved facilities, but with signs to indicate their right of way. Meanwhile, on roads with high traffic flows and at 50km per hour, there are separate cycling routes.
Brussels’ cycle plans do not stop here. The ambition is a network of structured cycle routes that would cover the entire regional territory as well as provide the redevelopment of complex junctions and major urban intersections (canals, railways, major roads, ring roads). 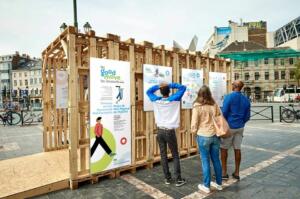 However, it was the region’s “impressive citizen participation” which really captured the judges’ attention. The role of citizen participation in mobility agendas has proved critical for the success of urban transport systems, as revealed by a plethora of EU projects including WeCount and INCLUSION. Brussels has pioneered an open and participatory co-development process called Good Move that involves local stakeholders across planning and implementation processes. This has ensured transparency and transversality, fostering exchange public and private actors, to establish a clear and open dialogue between local, regional and national stakeholders. 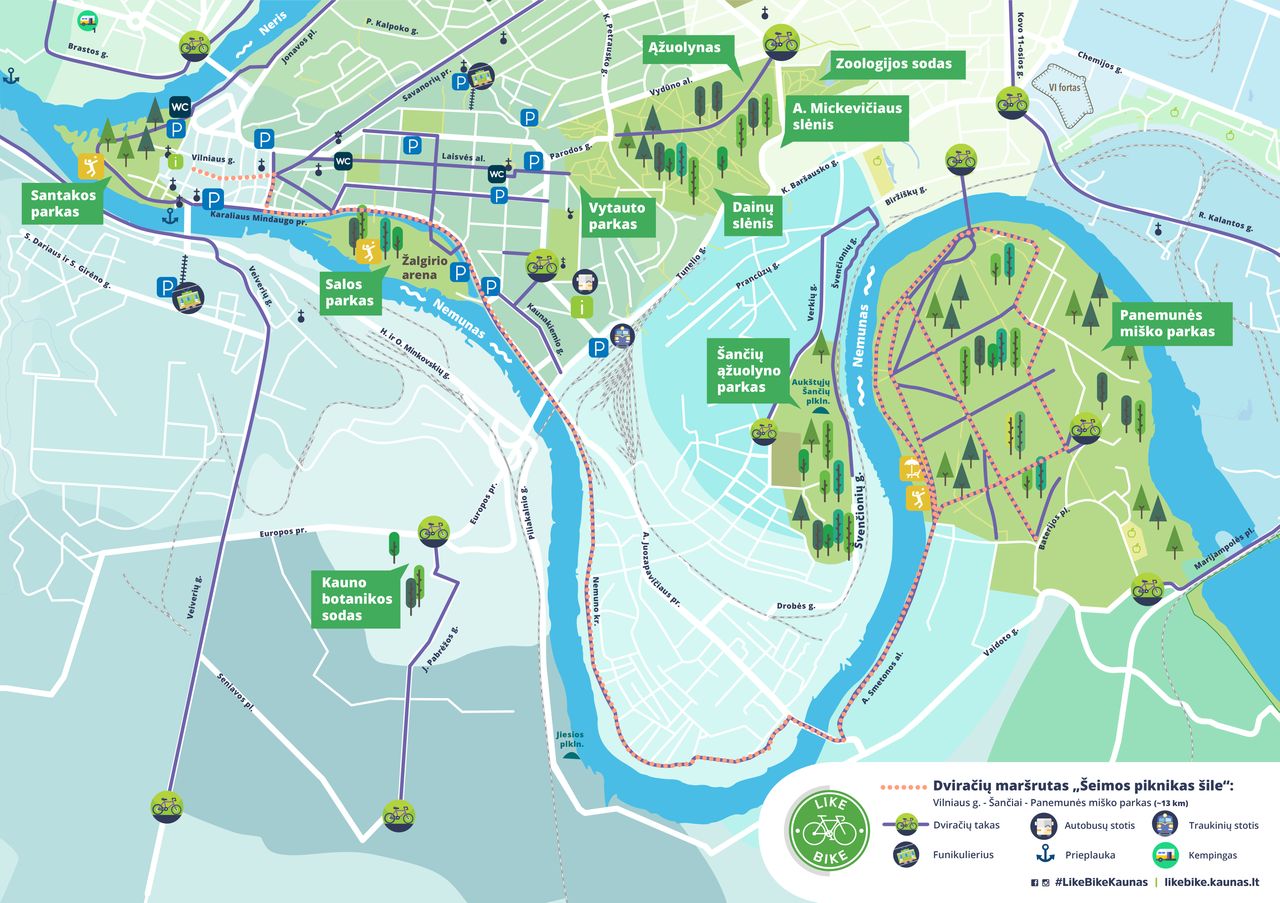 Kaunas shows that the implementation of a SUMP is at least as much important as its creation. Enforcement of the measures is necessary and cannot only rely on education. -Jury

Kaunas is Lithuania’s second largest city, and home to 381,000 people. Over the last few years the city has invested heavily in its public transport infrastructure, and has been an active partner on multiple EU projects including CIVITAS’ VIVALDI and CH4LLENGE; in fact, Kaunas was one of the ‘pioneering’ cities that took part in one of the two pilot EU projects to develop sustainable urban transport plans (the forerunner to SUMPs).

The city has taken a range of innovative measures to enhance mobility, including supporting car sharing and digitalisation of public transport ticketing. Their current SUMP prioritises public transport, bicycles, pedestrians, and other low polluting transport through the consistent development of bicycle storage infrastructure and the renewal of the walking and cycling network, all with the aim of precipitating a comprehensive modal shift across the city and the wider municipality. Proposals include repairing and adapting stairs to suit cyclists and pedestrians and improving the cycling and walking facilities within the 10 outer micro-districts to encourage the use of cycle routes as commuter routes.

If the SUMP is successful, the city predicts cycling rates will double from the current 4% to 8% by 2030. With the 143km of cycle paths connecting Kaunas city districts and its suburbs in the pipeline, this vision is well within the municipality’s sights.

Wrocław gives it some welly!

New cycle lanes along the river in Wrocław, © City of Wrocław

The Wrocław Transport Hub has been one of the largest and most important transport hubs in the entire country. The Polish city, which was selected as the European Capital of Culture in 2016, is home to 634,000 residents and attracts five million visitors each year, has contended with large and growing traffic volumes.

A 2018 Travel Survey of Wrocław’s modal split revealed transit was made up of 41% car traffic, 28% public transportation, 6% cycling, and 24% walking. Through implementation of its SUMP, the city is seeking to achieve 70% share of non-car travels by 2028. The municipality has conducted extensive efforts in transitioning the city towards active, sustainable transport modes and has appointed a cycling officer in 2007 and a pedestrian one in 2015.

Wrocław’s SUMP process has been a truly participatory endeavour. Stakeholders including city activists, senior citizens, young people, office workers, city transportation operators and municipal police officers, as well as representatives of the Ukrainian minority, were invited to co-create the SUMP document, thus crafting its vision, objectives and actions. This has resulted in proposals for extensive new cycling infrastructure, including the “Green cycling and walking baypass of Wrocław”. The route, which today is just a walkway alongside a railway, will soon be a 7km long footpath. Cycling has also featured prominently in the municipality’s SUMP plans. Cyclists can already use a 420km cycling network, which will be extended up to 600km in the next five years. This will mean almost two-thirds of Wrocław’s inhabitants will live within a 30-minute ride of the old town.

The city is making efficient use of its natural surroundings, using its five main rivers to create attractive strolling spaces and alternative, faster paths for cyclists. Focus on safety has underpinned the city’s proposals. The municipality plans further traffic calming districts, or “tempo30” zones, which currently include 718km of streets, to create a safer environment both for pedestrians and cyclists.

What have we learned?

Brussels, Wrocław and Kaunas have shown just how innovative cities and regions can be. As COVID-19 adds to the existing pressures on urban mobility services, our cities must react rapidly to changing transport trends. These three regions have exhibited the range of possibilities available when thinking outside of the box, but what will next year’s SUMP finalists come up with? Stay tuned!

About the author:
Isobel Duxfield is Communications Assistant at POLIS Network, iduxfield@polisnetwork.eu 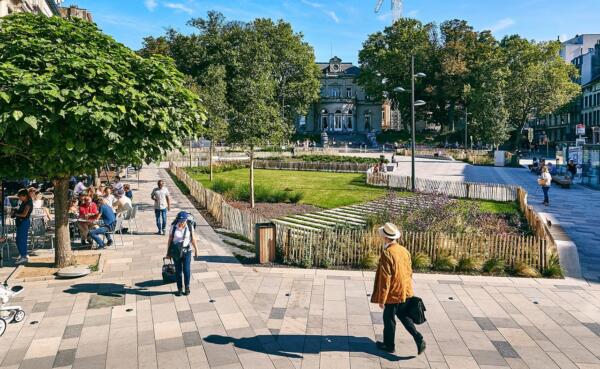