The partners developed guidance materials and organised a series of dedicated events to help local municipalities in the preparation of their SUMP, in order to ease the transition towards low-carbon alternatives for mobility on their territory.

One of the distinctive aspects of REFORM lies in the central role given to the regions to encourage the adoption of SUMPs by local authorities, including small towns and medium-sized cities. This was achieved in particular through the improvement of the  regional operational programs which support, fund and diffuse the concept of SUMP as the main planning tool for shifting mobility towards low carbon patterns.

REFORM published results of the Central Macedonian Competence Centre as part of the CSUM 2020 Conference held on 17-19 June 2020, in an academic journal . Access available here

The project runs from July 2016 to December 2022 (following extension). 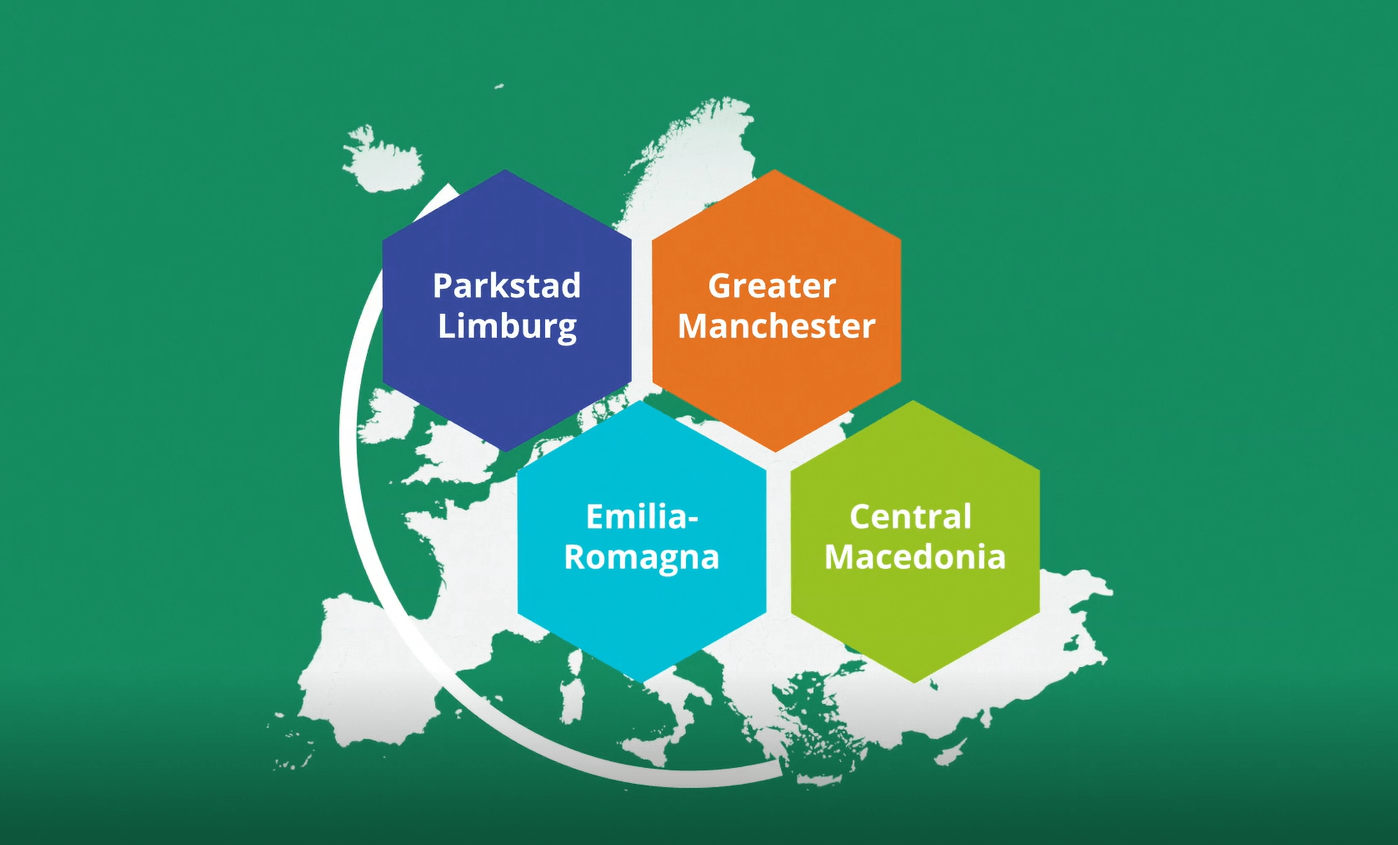 The final REFORM video wants to celebrate the end of the project. Polis has participate as a Partner and Communications Manager....
Read more 09/10/2020

Urban Mobility Days- a virtual debate on all things mobility 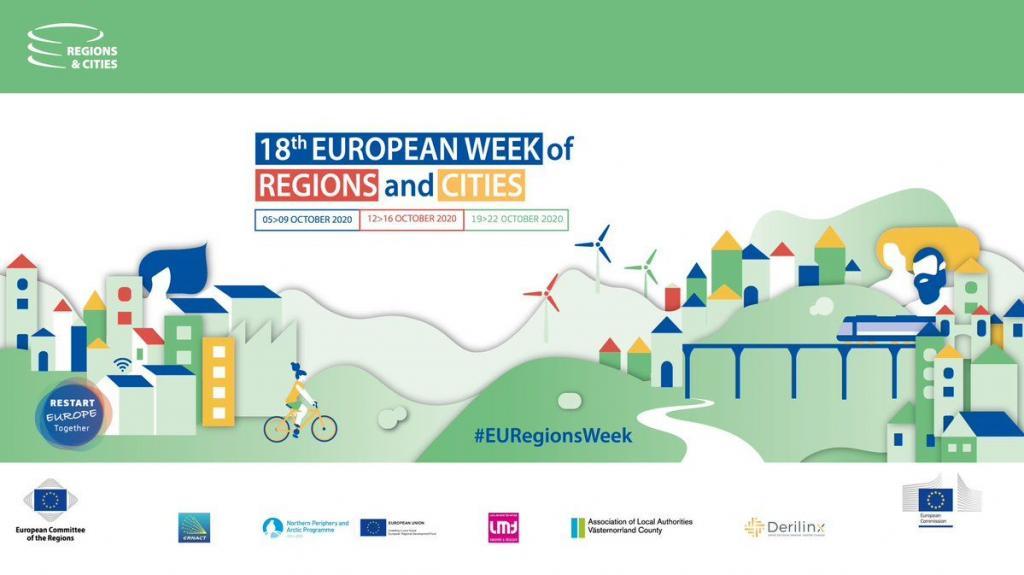 POLIS at The European Week of Regions and Cities 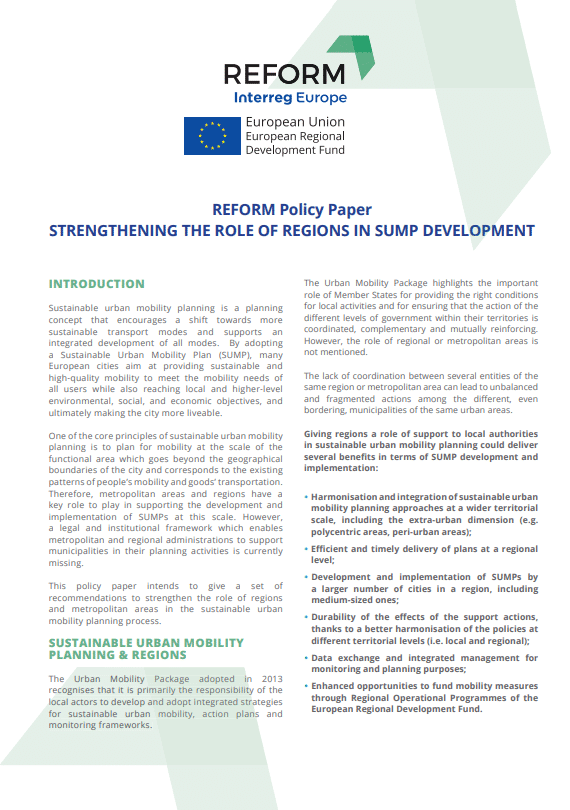 How to strengthen the role of regions in SUMP development?

The REFORM project produced a Policy Paper which gives a set of clear recommendations to strengthen the role of regions and metropolitan areas in the sustainable urban mobility planning process....
Read more 17/12/2019 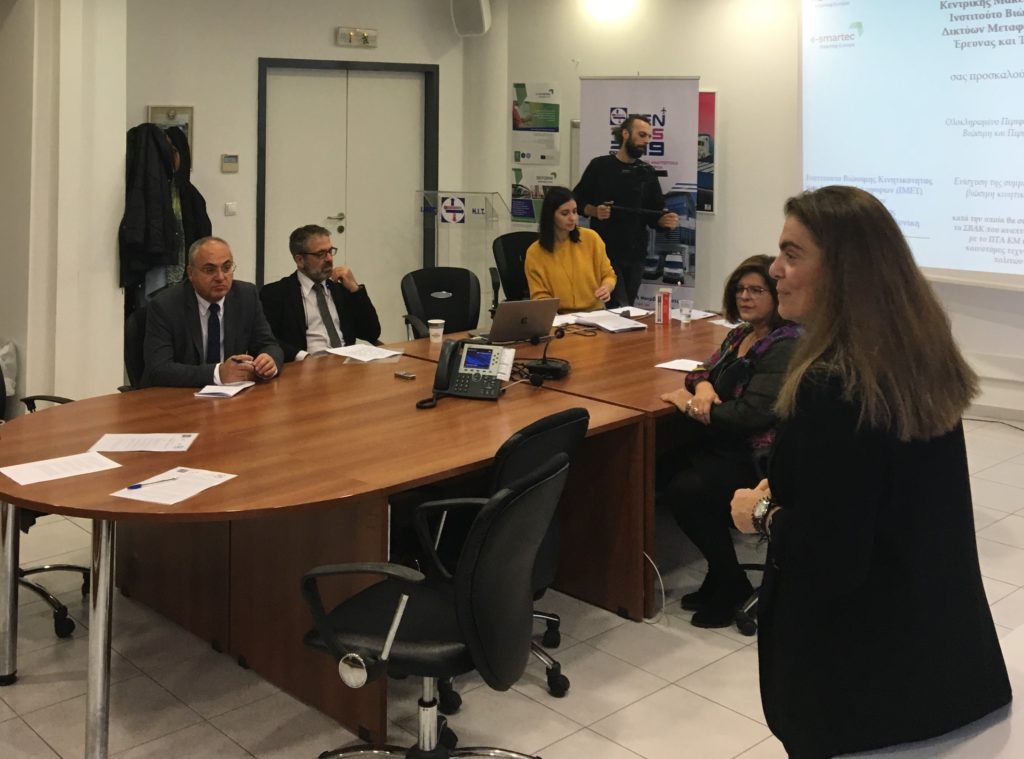 The 3rd REFORM newsletter is out

The third issue of the REFORM newsletter is now available. The Interreg project REFORM focusses on the role of regions in the development and adoption of SUMPs at the local level....
Read more 04/07/2018

As part of the Interreg REFORM project, a consortium of seven organisations, located in five different European countries, supports the implementation and deployment of Sustainable Urban Mobility Pla...
Read more 21/06/2018

The Hellenic Institute of Transport (H.I.T.) is part of the Centre for Research and Technology Hellas (CERTH) which is a non-profit organization that directly reports to the General Secretariat for Re...
Read more 11/07/2016