USEPE FINAL CONOPS WORKSHOP: U-space for the future Urban Air Mobility: concepts and challenges have happened! The workshop took place on November 8 in Madrid at our partner site – Indra Sistemas. This event was hybrid for its first part covered a presentation of our drone separation method and validation exercises.

The main topic for this workshop presented the revised ConOps to the stakeholders and gathered input before the final version is published.

The event started with the open word by Esther Nistal Cabañas – presenting the overview of the project, all our achievements and how it affects Urban Air Mobility’s outlook. Followed by the presentation of Aurelie Aurilla Arntzen, the Communication leader of USEPE, talking about the concept of operations and the D2-C2 explanation by Ole Henrik Dahle.

Later on, Niklas Peineke from DLR joined the meeting online and presented the segment capacity and deconfliction method used by USEPE – performance-based conflict detection with a 10/5/1 sec time frame to react for drones. he continues his presentation with the avoidance manoeuvres demonstration, which USEPE simulated in BlueSky. There 3 types of manoeuvers considered in our ConOps: horizontal, vertical, and speed change avoidance. All of the manoeuver types are also influenced by the drone type and its’ characteristics.

Esther continued with the update which is not included in USEPE on the CORUS-XUAM release of the U-space concept of operations (ConOps) Edition 4. It involves differences in VLL – Corus VLL – 500 ft AGL vs USEPE VLL – 900ft + 100ft buffer and actors’ differences.

Serkan Güldal from USN explained an AI Approach to Conflict Detection USEPE_ML, which is defined by USEPE based on gathering data, training and action. He defined a “Separation Quality” – a relative measurement from 0 (no separation at all) to 1 (perfect score). Therefore, the separation quality was used to test 100 drone simulations using the D2-C2 method, which resulted in the ratio of – 100 drones/3.76 hours  – average separation score – 0.56 vs 27.64 – summary for conflict duration. As a result, the quantitative analysis provides information for the third phase of AI systems.

The simulation results were followed by the Miguel Baena presentation on BlueSky simulator requirements which is meant as a tool to perform research on Air Traffic Management and Air Traffic Flows and is distributed under the GNU General Public License v3.

Felix Wagner continued on the wind turbulence, its’ influence on the drone trajectory, definition of no-fly zones and possible pre-defined trajectory changes that may or may not occur based on the wind and weather conditions all simulated in BlueSky simulation of Hannover city in various scenarios such as a last-mile delivery scenario in Hannover city centre or Emergency delivery.

Those exercises used a reference and D2-C2 drone paths distribution and confirmed the following:

After a bit of a break and off-the-table discussions, USEPE started a round discussion – focused on the USEPE method validation discussion with the authorities' representatives, regulatory institutions, and audience.

For more information on USEPE and upcoming events visit the project website.

In case of any questions, suggestions, etc. contact Dzvenyslava Tyslyukevych and Manon Coyne. 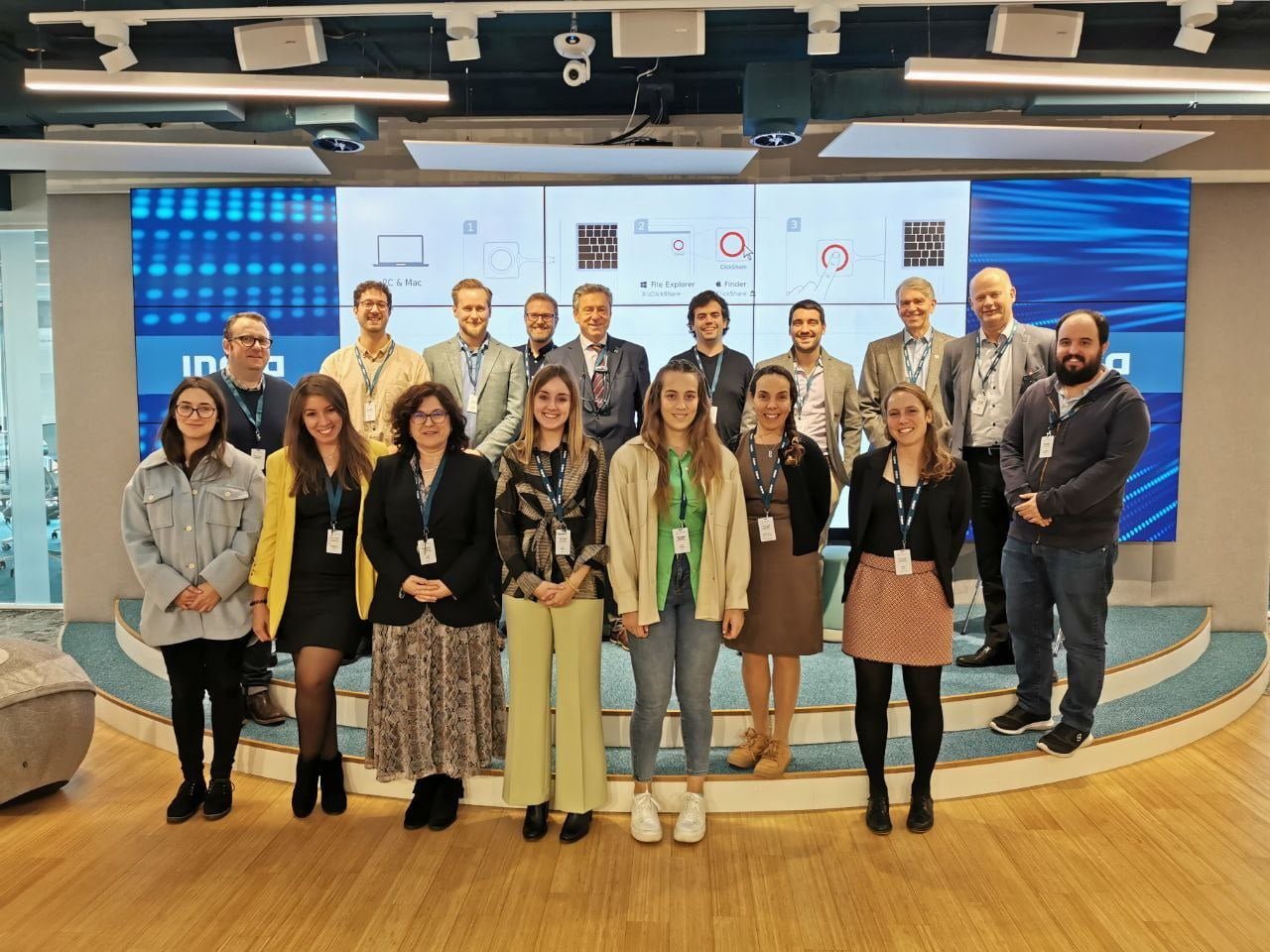 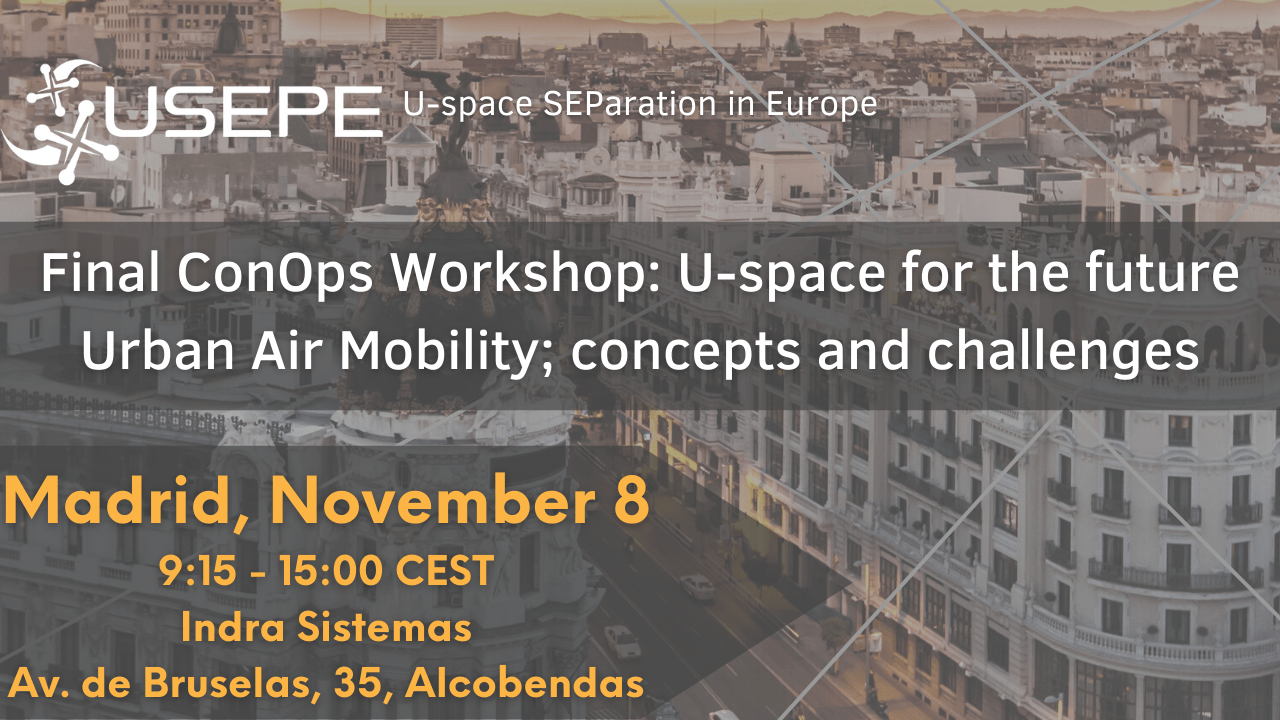 This workshop will be to present the revised concept of operations to the stakeholders and gather input before the final document is being released....
Read more Madrid, Spain
21/06/2022 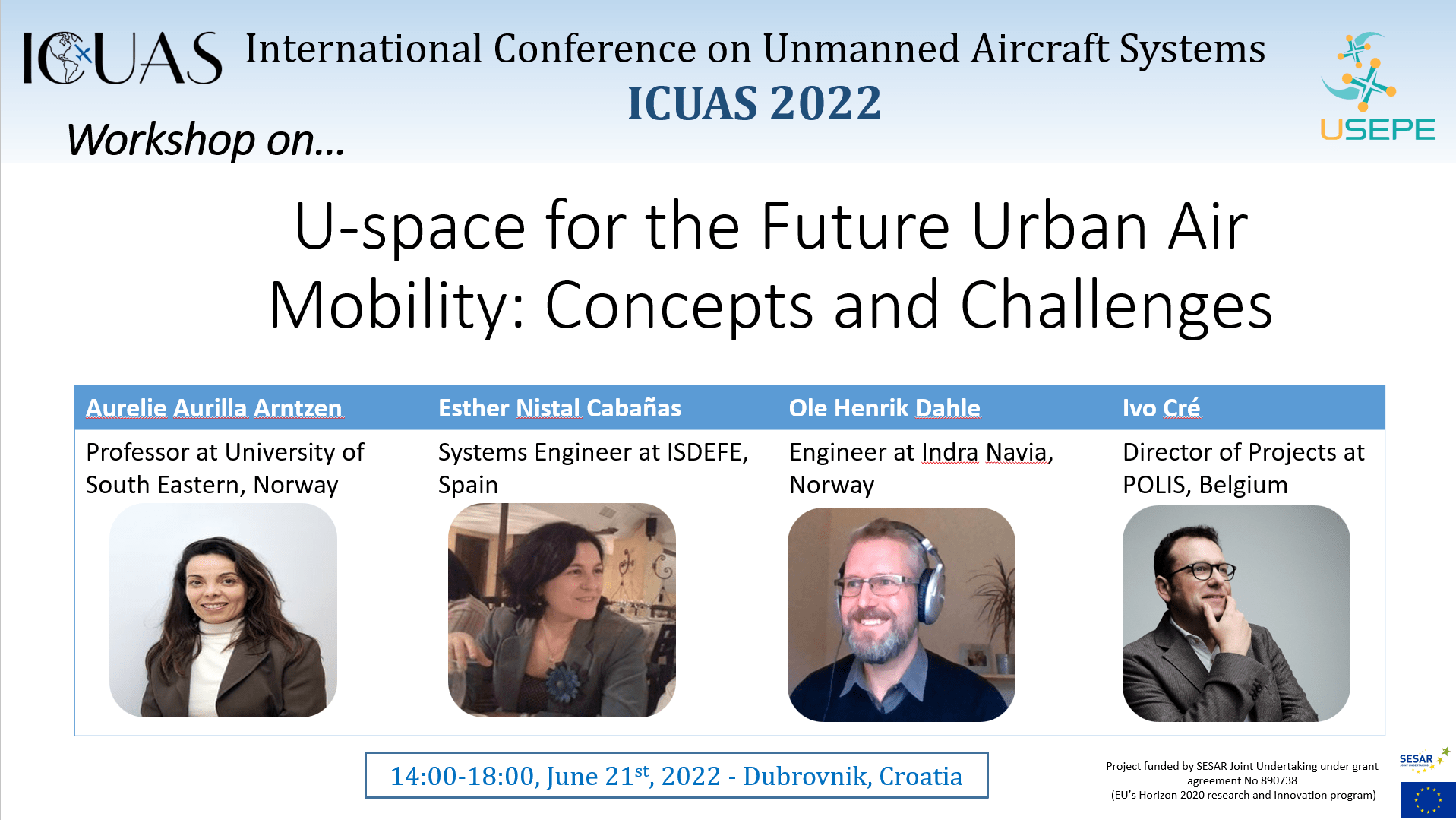 The USEPE partners will present the concept and method developed and tested in a workshop at ICUAS 2022, on June 21 in Dubrovnik (Croatia)....
Read more Dubrovnik
16/06/2022 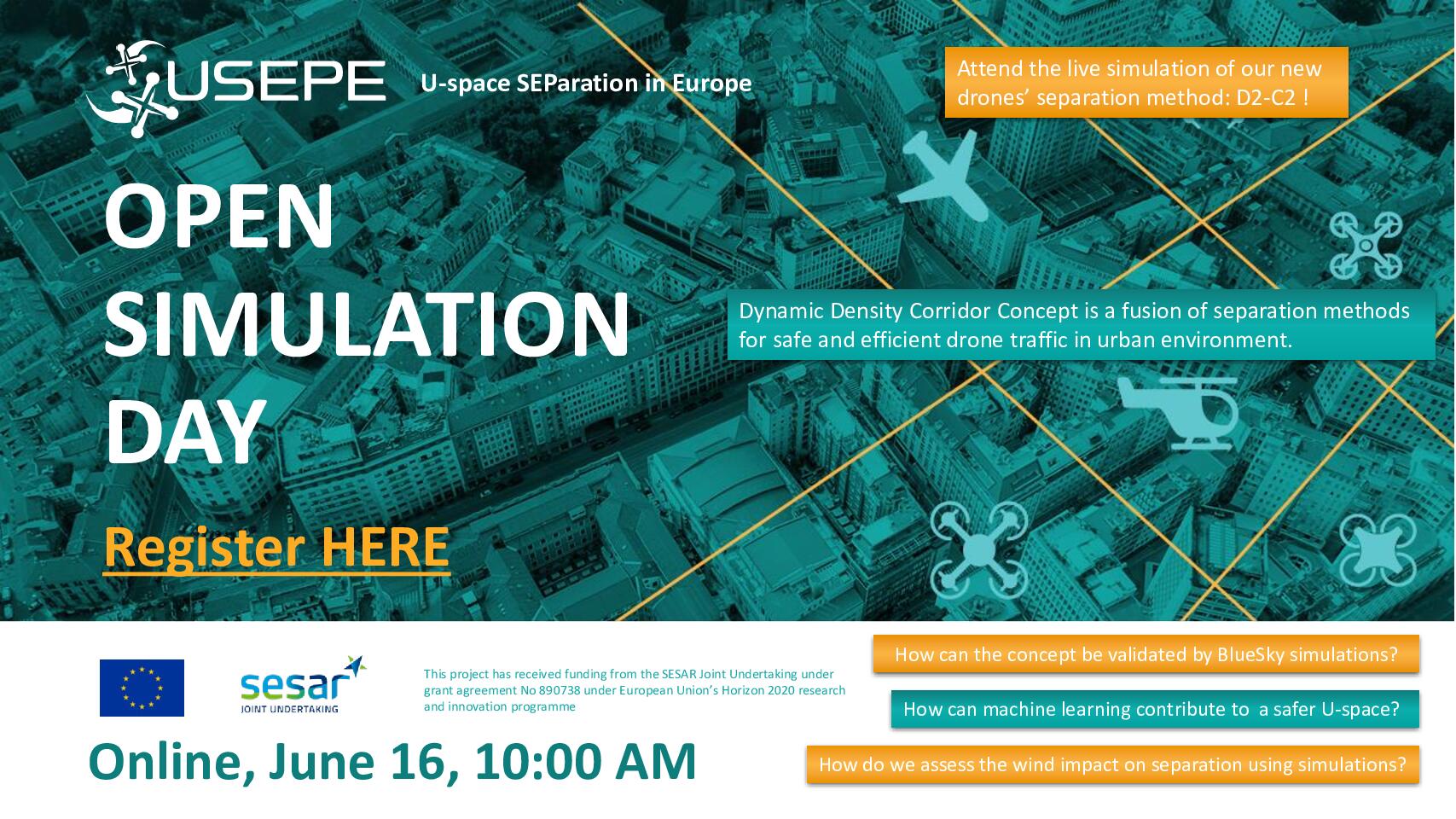 The USEPE Open Simulation Day is coming soon online on 16 June 2022, at 10:00 AM CEST. The main topic of the meeting is the Dynamic Density Corridor Concept as a fusion of separation methods for s...
Read more Online
17/05/2022 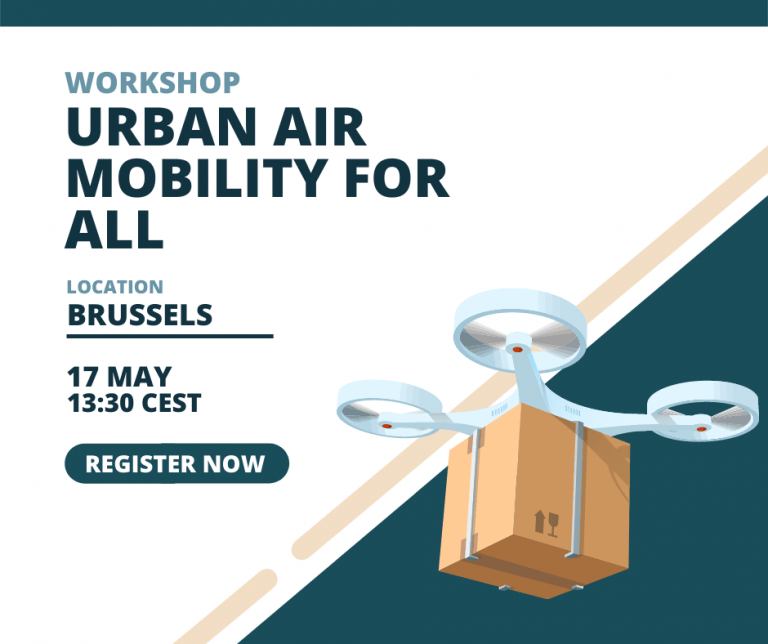 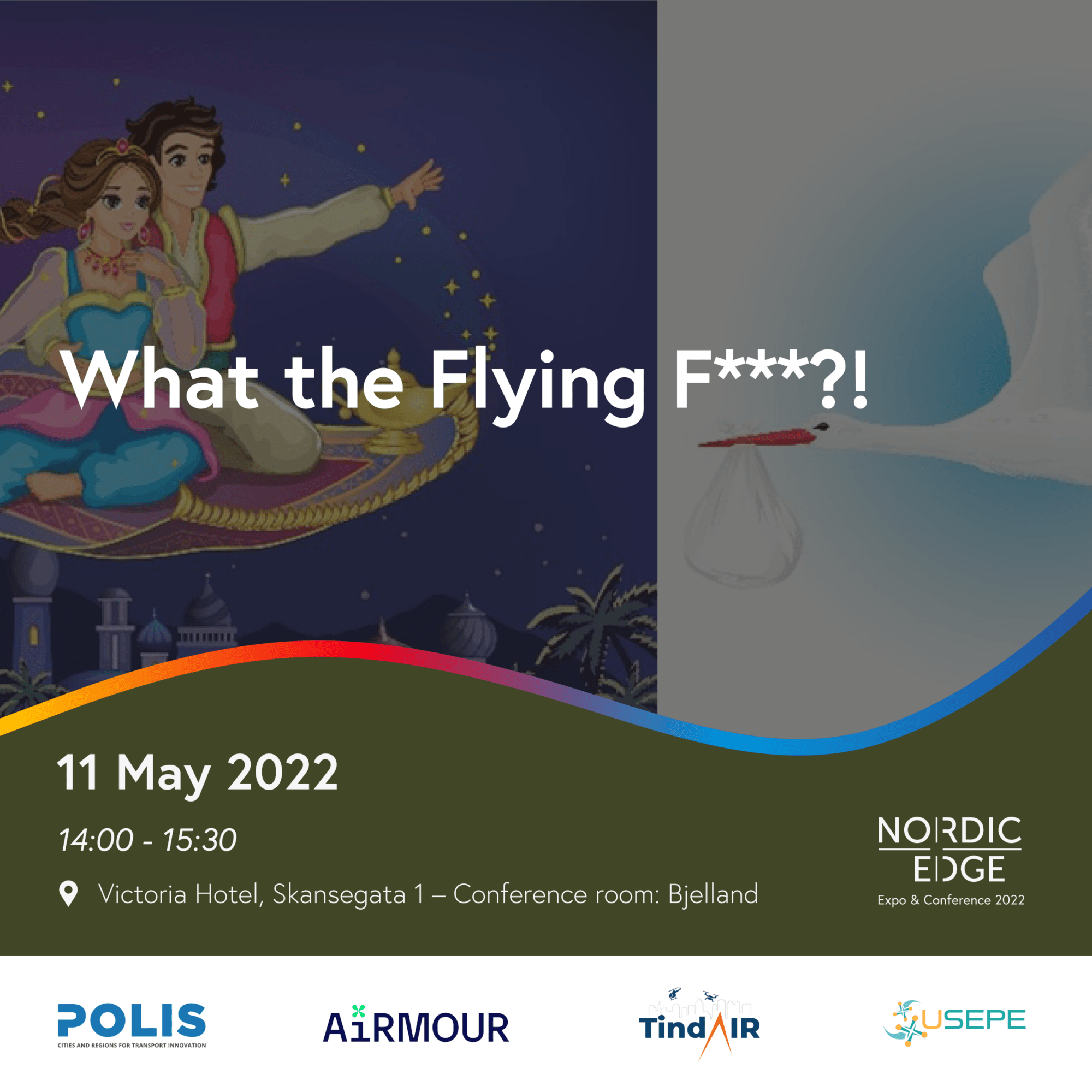 POLIS, as partner of the USEPE Project, is organising a common workshop with several EU-funded projects on urban air mobility on May 11 at 14:00-15:30 in the Victoria Hotel. The workshop will showcase...
Read more Stavanger 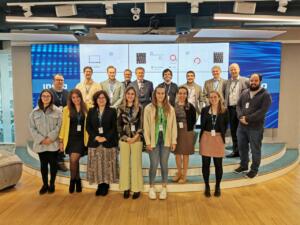