National road authorities funded research to understand user needs in a multimodal transport system. Alessia Giorgiutti investigated what the new tool in town can do for planners, what is known about Europeans’ attitudes towards walking, cycling and new mobility services, and why it is wishful thinking that our travel choices were conscious

"How rational are people when deciding about transport? People think that they make choices that after all are the best for them, given their situation and experience of constraints and opportunities. To a certain extent, they are right: For everyday travel, most of the deliberation is spent on the first trip. After that, we think less about it, which makes sense. You could not function in life if you every day woke up and spent time and mental energy on deciding between all possible ways of getting to work. So that initial decision is crucial. But even if this decision is deliberate it can still be biased or based on lacking knowledge of alternatives. We do, after all, carry with us both habits and attitudes when solving this challenge” – Aslak Fyhri, TØI"

Comfort, safety, distance, physical effort and overall individual personal features influence how we move. But it is also a matter of habits. According to the World Health Organization (WHO) physically active young people more readily adopt healthier behaviours, including changing their travel mode choice towards more walking and cycling.

While we know there is a positive correlation between infrastructure for active modes and their usage, the direction of effect is less clear. Does more infrastructure induce more active travel, or is infrastructure simply following the demand that is already there and being built where people generally walk and cycle more? Does infrastructure determine travel behavior? What role do subjective and psychological factors play, how different do user perceive the options they have got?

What makes us (not) move?

To understand travel mode choices, researchers within the ISAAC project examined the psychological determinants for mode shifts, and especially the process of how people take up alternatives to driving their private car. ISAAC was funded under the research programme “User Needs in a Multimodal Context” of the Conference of European Directors of Roads (CEDR). The project brought together various disciplines including health, environment, transport, urban planning and road safety to find out how to achieve modal shift in favour of walking and cycling – without compromising road safety, social security and comfort.

“People often assume they are making choices that are best, and most rational for them, including their transport choices. However, rationality inevitably meets both habits and attitudes to find a fitting solution to any transport challenge”, explains Aslak Fyhri, research psychologist at the Norwegian Institute of Transport Economics TØI. According to the most recent wave of behavioural research, modal choice is determined for a considerable part by habits. Getting to work, to school or to the restaurant is a repetitive habitual behaviour. Transport mode habits can therefore “cut” conscious decision-making.

The ISAAC project consortium described these processes in the integrated behavioural model: Travel behaviour is most likely consciously evaluated if a mode choice is not habitual yet, or has been disrupted. Under these conditions information about alternative choices is most effective.

Innovative solutions require courage, various stakeholders might have reservations. Interim design strategies help to overcome these issues. They might serve as a bridge to concerned stakeholders and help to build support for a project. Interim design strategies allow communities to get engaged and to actually experience change within a short period of time and based on low-cost solutions.

Interim design strategies pursue different objectives. … Pratt (2011, see also Birdsall 2013) finds for the San Francisco parklet programme that pedestrian activities increased substantially in some locations but only moderately in others. The number of people stopping to engage in stationary activities substantially increased in all locations. Provided bike racks were well received. This might have increased cycling in the area. No problems were reported in terms of drops in customers for local businesses.

ACTIVE MODES ARE ALL DIFFERENT

It has been found that people’s reasons not to walk more frequently for short trips differ strongly from not cycling more often. For cycling, road safety is the main barrier, while for walking, travel time is perceived too long. “It may seem trivial, but cyclists and pedestrians are not the same species. So we also have to treat them differently”, says Tim de Ceunynck, researcher at the Belgian VIAS institute who analysed the data. “While lowering any barrier will have benefits for both, the study makes it clear that a powerful strategy aimed at boosting cycling will be different from a strategy for walking”, he says. 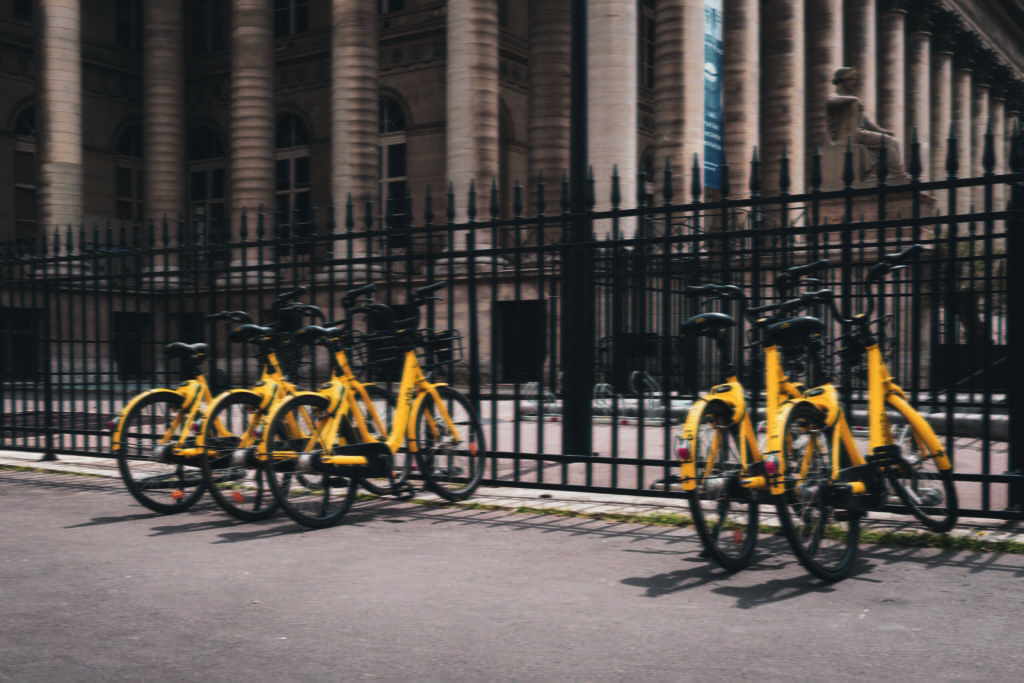 Distance to a public transport stop has proven impact on modal choice. In Madrid, the ratio of metro rides per person gradually declines with distance from a metro station to home, from 0.55 rides per person in the first 100 metres to 0.06 at 1500 metres. Decrease is linear and shows that the ratio of rides per inhabitant falls 6.9% with each additional 100 metres of distance (García-Palomares et al., 2013).

Based on a dataset from 10 communities in the metropolitan area of Tyne and Wear in northeast England, Aditjandra et. al. found that … changes in walking are determined mostly by built-environment. To promote walking to public transport, policies must focus on changes to the built-up environment and address safety, accessibility, and the sociability of the environment (Aditjandra et. al., 2016).

Improving walkability to public transport stops includes to consider safety of pedestrians. The reallocation of public space around Strasbourg’s central station for example resulted in safe infrastructure for pedestrians, but also for vehicular traffic. Pedestrians coming to and from the public transport station no longer walk on the roadway travel lanes as they pass other pedestrians.

A NEW TOOL TO IMPROVE DECISION-MAKING

In May 2019 on the occasion of a conference concluding CEDR’s research programme on multimodal transport system, ISAAC launched its final tool: the PedBikePlanner is a tool that provides planners with evidence-based information about what impact transport interventions have on modal shift and on road safety. The PedBikePlanner contains fact sheets about interventions supporting modal shift.

The factsheets include research results on their impact as well as examples of successful application around the world. Information is available, for interventions such as interim design, pedestrian crossings, walking strategies, 30Kkm/h speed limits, bicycle sharing systems, bicycles right turn on red or awareness campaigns to name just a few.

Additionally, the webtool provides tailor-made recommendations: Based on a city’s characteristics the tool suggests which are the most promising measures to boost cycling and walking in that city. The PedBikePlanner advises based on local conditions such as on current travel patterns and modal split, road safety and environment, population and policy ambitions.

Implementation costs are also considered in the recommendations. The tool is available via www. pedbikeplanner.eu to use free of charge.

“Before ‘PedBikePlanner’, transport planners needed to search through vast amounts of fragmented information, which was very timeconsuming and biased. This tool will save them lots of time and improve the decisions that are made”, says Tim de Ceunynck, researcher at VIAS institute, Belgium.

“Walking and cycling have an instrumental role to play in making our cities healthier, more liveable, greener and cleaner. Tools that can help cities to bring about modal shift in favour of active travel, and to make more informed and evidencebased policy decisions are much needed”, said Karen Vancluysen, Secretary General at Polis.

Alessia Giorgiutti is Communications Intern at POLIS ISAAC stands for “Stimulating safe walking and cycling within a multimodal transport environment”. The project was implemented by SWOV (NL, Coordinator), VIAS (BE), TU Dresden (DE), TOI (NO) and Polis (BE). ISAAC was commissioned by the CEDR Transnational Research Programme Call 2015 “User Needs in a Multimodal Context”. The programme was funded by the CEDR members from Germany, Netherlands, Finland, Ireland and Sweden. www.pedbikeplanner.eu 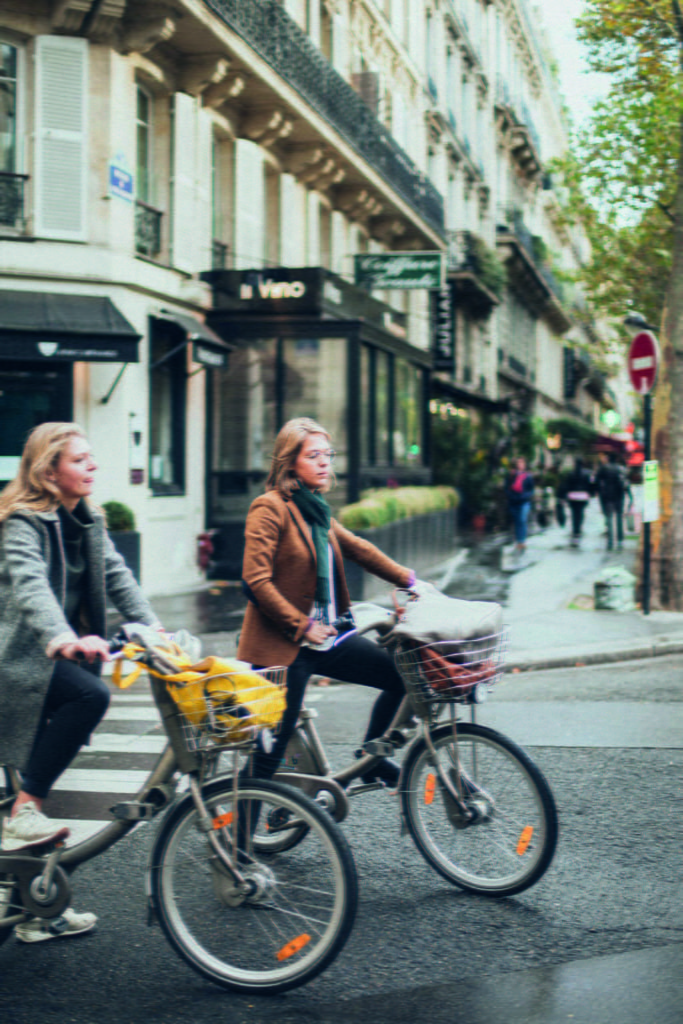