A cheaper, cleaner and faster alternative to cars, cargo bikes are taking the centre stage in European urban mobility. We spoke with Leku Laura Ekong, PhD Researcher in the Brussels CAIRgo bike project, to learn more about their potential, specifically for private logistics.

Amid European cities’ ‘transportation revolution’, cargo bikes have taken the centre stage, proving themselves to be an optimal alternative to the use of cars and other motorised vehicles within populated urban spaces. Their potential has received a lot of attention in the last decade, particularly as a zero-emission, faster, and cost-effective option for last-mile deliveries that could help tackle the traffic, environmental, and logistics issues faced by many European cities today.

This has been further explored in several projects, such as the EU’s Horizon 2020 CityChangerCargoBike (CCCB), a four-year initiative that raised awareness and supported the uptake of cargo bikes as sustainable urban mobility options across 15 partner cities, including POLIS members Mechelen, Utrecht, Prague, Lisbon, and Donostia-San Sebastian.

Last year the City of Brussels also joined the growing trend by launching the CAIRgo Bike programme to encourage people to use cargo bikes as means to transport goods and people – something that would greatly improve air quality and reduce congestion in the capital region.

Both projects delve into urban freight both from a commercial and private logistics perspective. Indeed, CCCB Project Coordinator Dr Susanne Wrighton provocatively describes cargo bikes as ‘the new SUVs for liveable cities’, since they perform the same function but are a much cleaner and sustainable option for families to use.

If cargo bikes are to be substitutes forcars for everyday use in urban settings, households with children are an extremely important target audience to consider. Research made by the Brussels Institute of Statistics and Analysis has shown that 71% of households in the capital with two or more children own a car against 49% of households without children. Given that families are particularly reliant on cars, it becomes imperative to not only focus on cargo bikes as optimal solutions for improved city logistics but also on what they could mean for everyday private mobility acts, such as bringing one’s children to school or buying groceries.

To investigate this further, we had the pleasure of talking with Leku Laura Ekong, a PhD researcher at VUB who is currently working as an advisor on the Brussels’ CAIRgo Bike project.

POLIS: What were the biggest takeaways from the CAIRgo Bike project so far?

Leku: The project is still ongoing, but we can already say something about our intermediary results. What we can see is that the families are really motivated to engage in cargo bikes, so they show their motivation by subscribing to Pro Velo’s test sessions.

We test this by conducting multiple surveys – first, when they apply to use the cargo bike; then, when they have used the cargo bike for two weeks, and [lastly] we get back to the participants after six months with a third survey, asking them whether they have already purchased a cargo bike, to see if they had a change in behaviour after having some experience with [it].

What we see is that in the first survey, they are really motivated; with the second survey, their car usage drops, but six months later, with the third survey, the car usage increases again. This shows that their intentions [to buy a cargo bike] are not really backed by their actions, as we see a very little percentage buying cargo bikes at the end. But it is interesting to see that if they have a cargo bike in their possession, or if they get to use shared cargo bikes, we might have a low rate of car usage amongst families.

Through our framework, we tried to understand how people accept new technologies – as cargo bikes are perceived in Brussels as such. To influence people towards the use of cargo bikes, it was of the utmost importance for us to make use of performance expectancy, as in showing people that the cargo bikes are useful for them. You basically show them good examples and if other families with two, or three kids are using the cargo bike daily, they are motivated to use it because they see that it actually works. We saw that there is really a need for families to see that other families are using it. 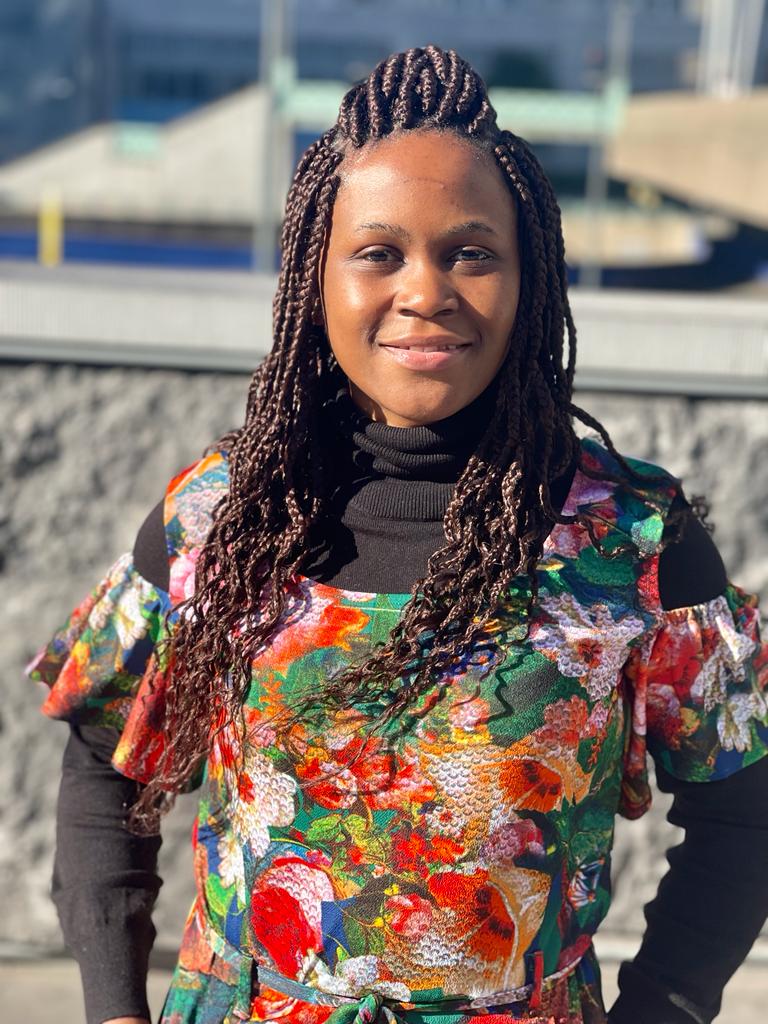 Leku Laura Ekong is a PhD. Researcher in the Mobilise research group at Vrije Universiteit Brussel, led by Prof. Dr Cathy Macharis. She is working on the CAIRgo bike project under the supervision of Prof. Dr Philippe LEBEAU; a European-funded project that aims to improve the air quality in Brussels by encouraging families and professionals to cycle.

POLIS: A 2011 study by Cyclelogistics found that only cities with a strong bike culture heritage like Copenhagen and Amsterdam show a high acceptance of cargo bikes as an alternative to cars. 11 years later, how much has this changed in your opinion? Based on your research, how much potential is there for cargo bikes now in European cities particularly for families?

Leku: Cycling culture is really important in the adoption of cargo bikes, and it changes from city to city, with the ones already having a strong one being more willing to adopt cargo bikes. As I mentioned earlier, cargo bikes are really like a new technology or innovation for some individuals – as in the case of the people living in Brussels.

To create a thriving cycling culture, you have to quite literally start with baby steps – as in starting from childhood, mainstreaming it from an early age.

POLIS: Would you say that for there to be maximum potential for cargo bikes in European cities, a stronger culture should be fostered? What could be some measures to stimulate the creation of a cycling culture in European cities that do not have such a strong one as Brussels?

Leku: European cities that do not have a cycling culture usually do not lack the intention, but they are simply not able to back itwith action, such as actually purchasing a cargo bike. This could change with little nudges, such as subsidies or incentives to purchase a cargo bike, and with the integration of the cycling culture with children in schools.

Thinking about Brussels, there should also be more publicity about cycling: the European Parliament is discussing about subsidising electric cars – but a car on the road, whether electric or not, is still a car, so, while it does help in some instances, such as pollution and noise reduction, it does not solve the issues of traffic, lack of space, or road safety.

If cities, backed by the institutions,could encourage or subsidise the purchase of cargo bikes, and if workplaces could integrate amenities that would allow the cycling culture to thrive – think about showers in the office, for example – I am sure citizens would feel more motivated to change. Also, parking facilities – as in readily available facilities to park cargo bikes – should be made available. The parking spots we currently have are mainly for conventional bikes, which clearly do not fit the size (and the needs) of cargo bikes, adding a sense of uncertainty to their use. If people feel that their cargo bikes are not safe (because of the possibility of theft or damage), they will less likely purchase them. 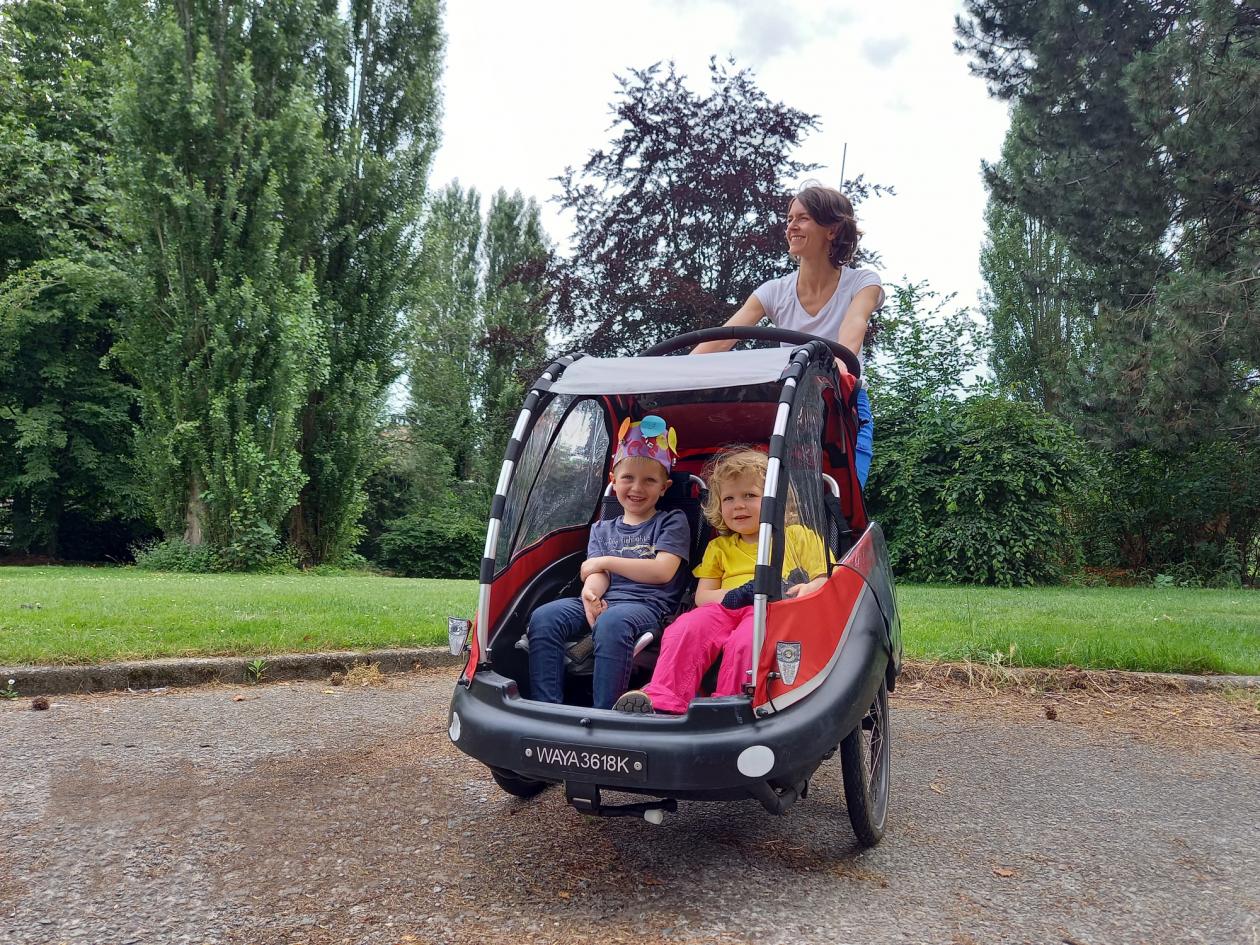 POLIS: Are there any other suggestions that you think cities should implement to get families to be more willing to purchase cargo bikes?

Leku: I just think communication is important – something like seeing government officials using cargo bikes can be quite inspiring and encouraging, for example.

Also, and this is less about cities and more about companies, there needs to be a shift in the way we subsides commuting – we should stop giving subsidies for people to purchase cars and insist for more sustainable options, such as cargo bikes.

POLIS: In your opinion, what makes cargo bikes the ideal option as opposed to electric vehicles for commercial logistics in cities?

Leku: First of all, cargo bikes save time and space, because they use bicycle lanes and can hardly get stuck in traffic. Then, cargo bikes cost less, as the insurance on cargo bikes is relatively cheaper than the one on vans.

Furthermore, cargo bikes can strengthen a more sustainable supply chain, as some commercial logistics companies have noted. This is because vans, some of which travel half-empty when supplying stores and delivering packages to customers' homes, aggravate traffic congestion and worsen pollution.

In the same year, it was reported that the number of van-related crashes in Brussels grew by 4.3% (source). The potential of cargo bikes being also a safer option to vans is something that needs to be highlighted and studied. 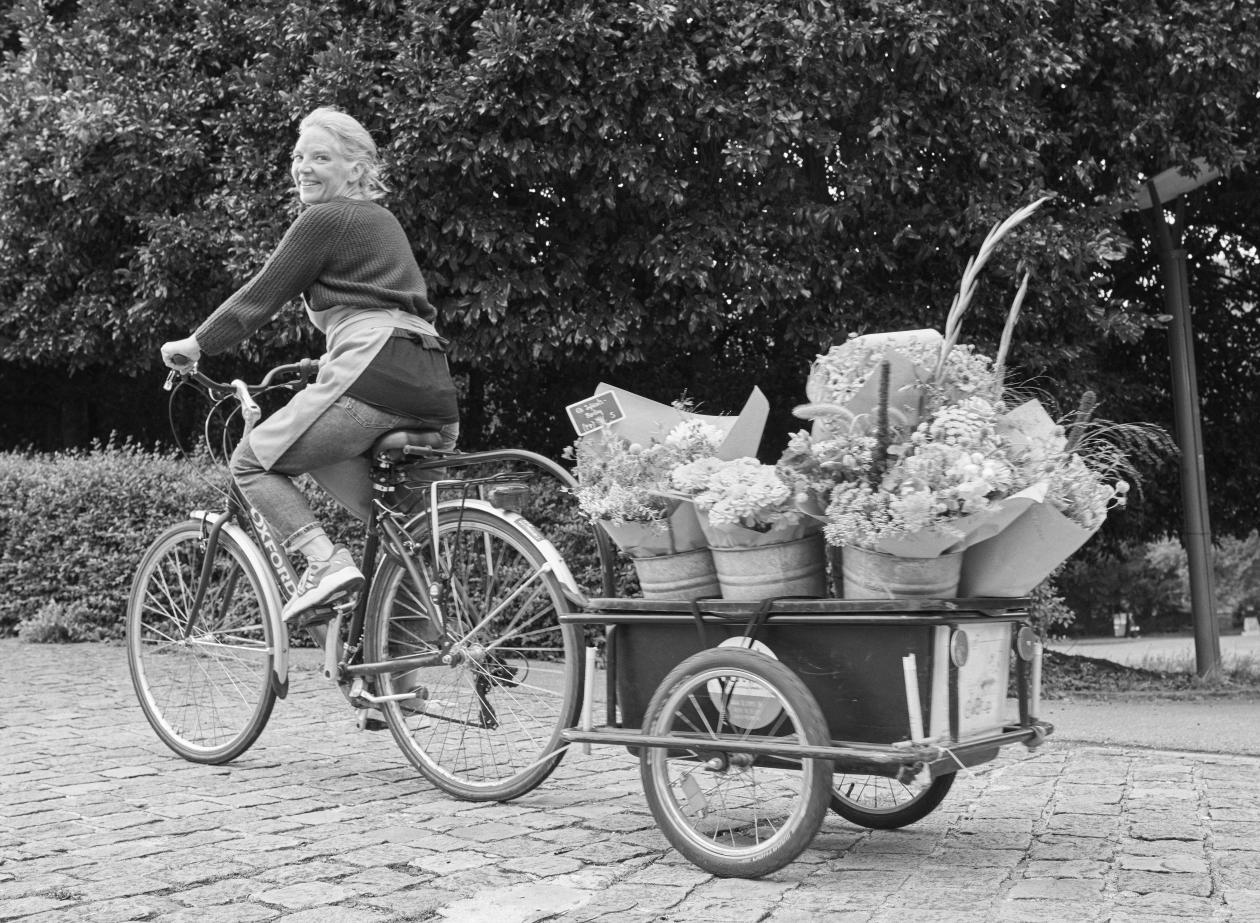 POLIS: How can cities effectively integrate cargo bikes within their own urban mobility network?

Leku: Cities should strengthen their role as organising authority and consolidate regulations and systems applicable to public and private operators so that they may implement and research options to adopt cargo bikes. I am thinking of urban freight, for example, and the possibility to create logistics depots at the edge of cities to then allocate last-mile deliveries to cargo bikes. Taking Brussels as anexample – cargo bikes could cover most of these relatively short and light trips.

Cities should also implement policies that restrict the movement of cars into cities, like implementing car-restricted zones and low-emissions zones – something that the Brussels’ Good Move plan has egregiously done.

Click here to read the article in its original format. 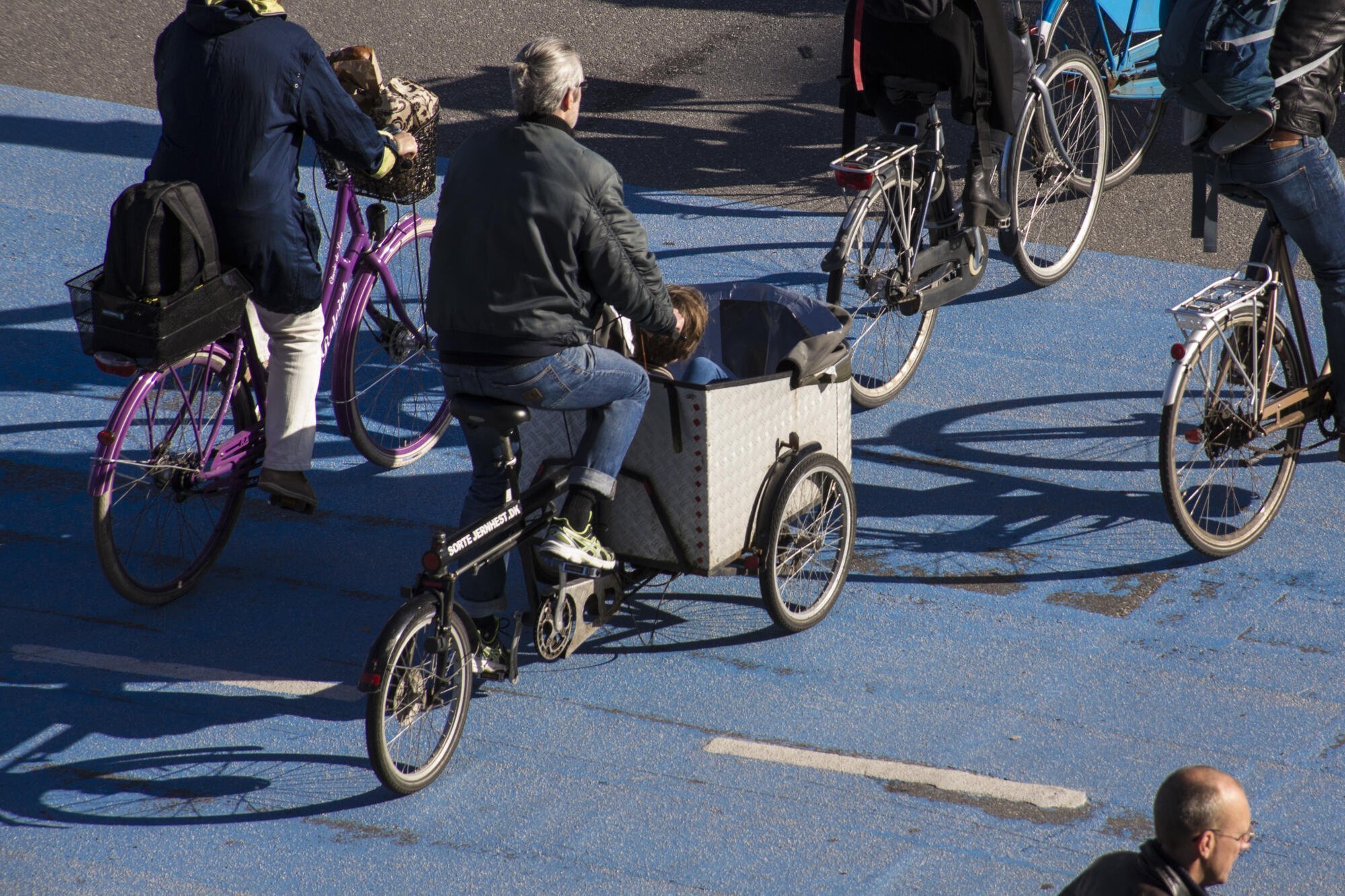 Staff member(s)
Brussels
Back to The cargo bike potential