Across Europe deserted city streets, absent of fast-walking pedestrians, cars, trams, buses, bikes and e scooters, are starting to come back to life

It’s been almost three months since the COVID-19 pandemic swept over Europe, forcing governments to take unprecedented action to close businesses, limiting travel to key workers and requiring people in country after country to stay at home. Now that lockdown policies are slowly being rolled back, we need to think urgently about the short-term modifications needed to help people get around safely and of the long-term opportunity to make permanent changes for the better. Providing transport services, whether public or private, has to be a collaborative exercise, and as an operator of e-scooters, one of our key beliefs is that we must work with city authorities to shape cities for living.

Micromobility will be more vital than ever to the new world after the pandemic and we are delighted that this has been recognised by the UK government, with Secretary of State for Transport Grant Shapps recently unveiling a £2bn package to encourage walking, scooting and cycling and accelerating pilots of e-scooters on UK streets, with a view to making them legal. A recent Life Cycle Analysis that was produced by Ernst & Young showed that uptake of this type of e-sharing vehicle is four times higher than ride-hailing and e-bikes. The UK was one of just three countries in Europe not to allow this new accessible form of transport on its streets. It is great to see that residents of the UK will soon be able to make their own choice. 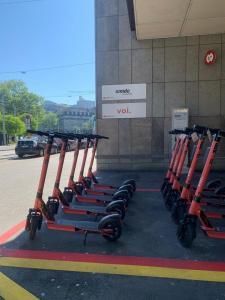 An e-scooter dock: “Micromobility will be more vital than ever to the new world after the pandemic and we are delighted that this has been recognised by the UK government”

We firmly believe that e-scooters can bring innovation and flexibility to the post-crisis transport solution and Swedish e-scooter company VOI intend to participate fully in trials as soon as they are up and running.

Working collaboratively and in partnership with cities is in our DNA. We have urged cities to be proactive and regulate, helping the cities of Stockholm and Bremen draft a Letter of Intent for all e-scooter operators. We applaud the steps taken by cities in France and are urging other cities to follow suit in a more regulated approach to micromobility in the form of tenders. Even though e-scooters have not been legal in the UK we have worked closely with Transport for London and authorities including Manchester, Newcastle and Bath, explaining to them how e-scooters can help people get around in their unique city centres

Public transport is the lifeblood of Europe’s major cities, but even the best bus, tram and train networks are now under threat. Anywhere from 5m to 10m daily trips are taken by metro and bus (excluding regional rail) in London, New York, Paris and Tokyo. If 30% of those trips were to be replaced by working from home, 4m to 7m trips per day would still have to be handled by public transport. Yet transport operators in the UK suggest that only 15% of train capacity will be available. There is a real danger the car will see a revival. Anecdotally, this is already happening in cities including London, Vienna and Stockholm. But the last thing that cities need is for cars to become the predominant mode of transport again. 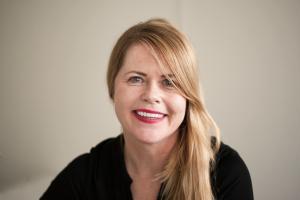 We now see a strong upturn in need for micromobility post Covid and are now back up and running in all our cities as well as having launched in Zurich & Trondheim and gearing up for launching in the UK. At the same time, we are introducing monthly and days passes as well as a loyalty programmes to make our services accessible to everyone and we are busy expanding into suburbs

Opportunity to reclaim our streets 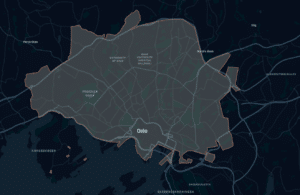 Before the virus, we had a vision of shaping cities for people, not cars. Cities like Oslo are already demonstrating that this is within reach

Before the virus, we had a vision of shaping cities for people, not cars. Cities like Oslo are already demonstrating that this is within reach. But if the pandemic has shown us anything, it is that we have a once-in-a-lifetime opportunity to reclaim our streets from the internal combustion engine. Right across the world, city authorities are reshaping streets to give cyclists and pedestrians more space. The Mayor of London Sadiq Khan wants to increase the number of temporary bike lanes. He thinks cycling could increase tenfold. Andy Burnham, the Mayor of Greater Manchester has advocated ‘pop-up cycle’ lanes.

In Milan, city officials are transforming 35km of streets into cycle lanes and widening pavements to protect residents once COVID-19 restrictions are lifted. Central Brussels became a 20kph zone from 1 May. German, Colombian and Mexican authorities have reclaimed more than 150km of roads across their capitals, with minimal bureaucracy using existing resources such as cones, temporary lights and lane separators. And US cities, like Philadelphia, Denver and Oakland have closed roads completely to cars

In New York, the city council is reportedly planning a reconfiguration of roads for walking and cycling, turning 75 miles of roads [1] into “streets for people”. Paris has put aside €300m to create new cycle lanes so that more commuters can use bikes to avoid public transport. However, there is a danger that these ‘corona lanes’ will be just temporary modifications, when. a permanent shift is what is needed.

Opportunity to reclaim our streets

One of the upsides of the crisis has been a huge improvement in air quality. With entire factories closing for weeks, fewer cars and less movement, air pollution levels have fallen rapidly. New Delhi – which frequently tops the world's most polluted city lists – saw a 60% reduction in levels between March to April, year-on-year [2]. South Korea’s pollution fell by more than half (54%) and the Chinese city of Wuhan saw a 44% reduction. In the UK, the Royal Society for the Arts in the UK found that 51% of people have welcomed the improvement in air quality and very few people will want to go back.

People will seek out businesses that are careful of their impact on the environment and won’t tolerate brands that aren’t. E-scooters are a less polluting way to navigate cities and we will continue to reduce the impact of our product. EY, the leading consultancy group, recently completed an independent assessment of our latest model, finding that our new e-scooter models produced emission levels 70% lower than previously quoted.

In the next few months, using public transport will be challenging and time-consuming for many. This will hit the poorest communities hardest. There will be no rapid return to ‘normal life’, And that is why we need to begin exploring new ways to travel around cities and urban areas.

We must dedicate more space to citizens who choose to walk, cycle or scoot - giving them networks that are safe, connected and convenient. Ultimately, we can create more liveable places from this crisis. We have been handed an opportunity to drive real change and we owe it to ourselves and future generations to see it through.

Voi is a Swedish e-scooter company headquartered in Stockholm and operating across 40 cities in ten countries. Just two years old, the company is committed to creating cities for living. In under two years, close to 20 million Voi rides have been enjoyed by 5 million users, demonstrating the popularity of this form of transport. 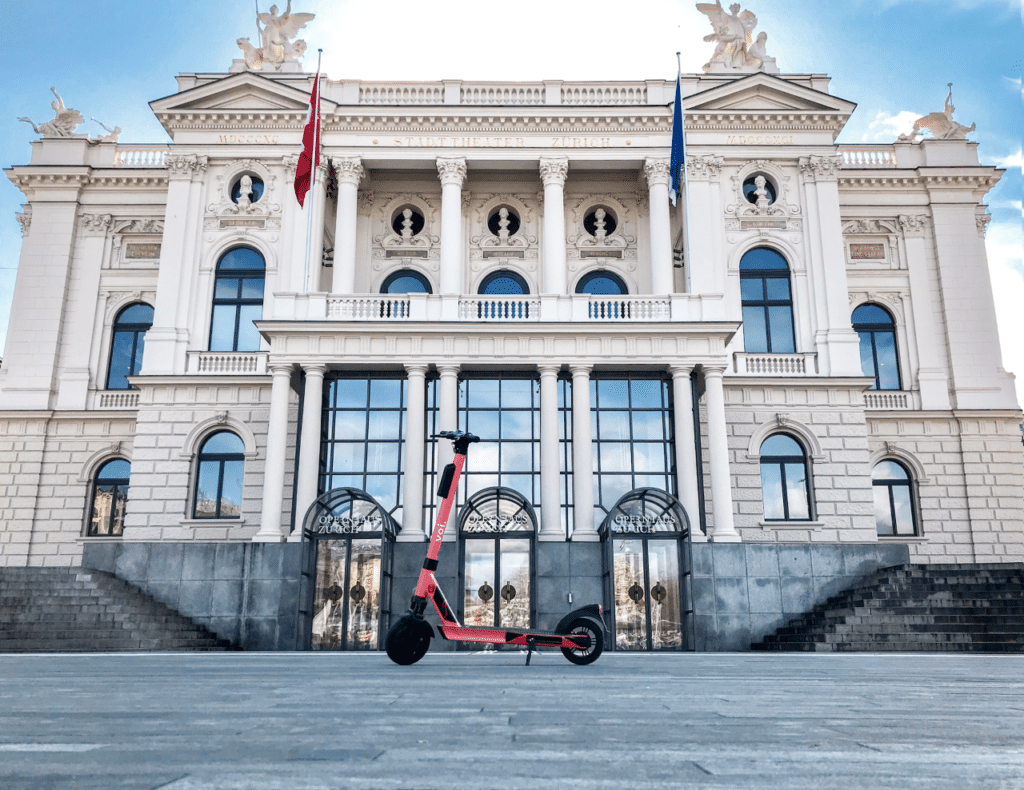 Staff member(s)
Stockholm
Back to Opportunity Knocks: Micromobility during COVID-19