STADIUM aimed to improve the performance of transport services and systems made available for large events hosted by big cities. The project demonstrated ITS applications at three events: the South Africa World Cup (2010), the India Commonwealth Games (2010) and the London Olympics (2012).

In Cape Town, STADIUM tested a demand-responsive transport system in minibus taxis. The system used a

central control centre to reduce the 'downtime' of taxis and to improve efficiency. As a service, it was successfully integrated with the mass transport systems already operating in the city.

In London, CCTV cameras were used to provide data for visual scene analysis. It was intended as an automated traffic and incident detection system that could alert operators to potential traffic problems and congestion. This 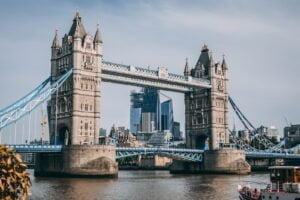 reduced the workload of the operators while improving traffic control and overall travelling times, despite increased traffic.

The STADIUM project collected the results of these demonstrator projects into a guidebook for transport management at future events, helping LOCs to better coordinate travel requirements without disrupting public transport during major sporting events.

The project was funded by the European Commission's Directorate General for Mobility and Transport through the FP7 Programme.

Since the early ‘90s Rome has been engaged in pursuing a strategy aimed at obtaining a rebalancing of modal split in favour of collective transport. This process has been certified since then by the...
Read more 31/03/2011