Despite efforts to build more inclusive societies, queer individuals' discrimination in the urban space is still a reality. Forward-thinking cities across the world are however carrying out initiatives to make safer and more inclusive urban spaces for all. 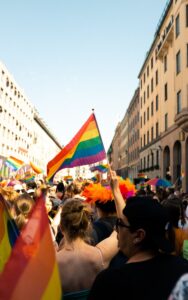 Urban space has long been devised for and enjoyed by a particular segment of society: white, economically resourceful, and cis-hetero males. But, what happens to the individuals whose identities fall outside the so-called norm? In particular, what about queer individuals?

The term 'queer' - in its most positive and reclaimed form, is not only an axis of identity, but also a means of rethinking how we design space, power, and citizenship - a lens to look through the issues of our cities in a refreshing, critical way.

With this in mind, local authorities are taking action, rethinking space in more inclusive terms and creating safer environments. From prioritising queer safety in urban planning to creating political frameworks, they have understood how to (proudly) walk the talk.

Public space for all - a case for POLIS members

Queer and non-queer individuals annually celebrate sexual and gender diversities during the month of June. Dubbed 'Pride Month', this month is an essential opportunity for reflecting on how far we have come (and how long there is still to go) in our journey toward making cities safe and inclusive.

POLIS members have been leading the way when it comes to taking actual action in doing so: 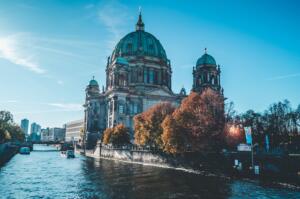 Even the most queer-friendly cities tend to face very pressing social challenges. In Berlin, the 'QueerBerg' collective, a play on words referring to the 'Kreuzberg' district and the inclusion of queer immigrants and refugees, stands out. This collective aims to create safe spaces that provide psychological help and companionship to queer-identifying refugees in the city.

Barcelona has a range of policies and strategies for placing diversity front and centre. These include the Plan for Gender Justice and the Interculturality Plan. Its specific policies cover an LGTBQIA+ Centre, a protocol for LGTBQIAphobia, a real estate racism project, an anti-rumour network, and accessibility.

In Bologna, a Municipality Charter is in place; the Charter focuses on preventing and removing discrimination of all kinds (racial, religious, political, sexual, gender-based, psycho-physical, etc.). Following a process involving fourteen LGTBQIA+ organisations, a Co-operation Pact was notably introduced in 2017 - the Pact was later reviewed in 2021 and it is currently in its relaunch phase.

In Belgium, Brussels is taking serious steps to make queer voices heard. The organisation Rainbow House offers training for law enforcement in French and Dutch to better understand the concerns of the queer community; moreover, their Equal(c)ity project, led by the IOM, aims to integrate migration and intercultural issues into the very structure of urban services in Europe. Another example of urban queer action in the Belgian capital is been shown by Queer World and Queers in Space, which promote and research shared experiences of queer people in cities and jointly hosted in May 2022 'Queers and the City', an open-door day-fest on queer urban activism and citizen participation.

Last but not least, POLIS' President Leuven was voted'Best Open-Minded Destination in Europe' in 2022. With a strong LGTBQIA+ community and its Women's Empowerment Council, Leuven's Rainbow Policy Plan grants gender awareness in services. Moreover, local authorities encourage schools to create an LGBTQIA+ inclusive environment. The city is also joining the Femcities network in 2022.

“Leuven is an inclusive city where you can be yourself, make your own choices and love who you want [...]. We think that is very important and we will continue to monitor it."

- Lies Corneillie, Alderwoman for Housing, Equal Opportunities and Local Global Policy at the city of Leuven

Other cities across the world are also taking on exciting initiatives.

In the same spirit as Berlin's QueerBerg, the Queens Pride House serves the queer community of Queens, New York; it provides, among others, educational workshops and access to legal services.

Natal, Brasília, and São Paulo, Brazil, have committed to tackling homophobia and transphobia and strengthening the voice of the community; they do so by fostering targeted policies and creating LGBT Citizenship Centres, where volunteers offer legal, social, and psychological services.

In Kenya, Nairobi has become a hosting city for queer refugees across Africa, serving as a safe oasis for the community.

As reported by Arup and the University of Westminster in their joint report 'Queering Public Space', despite the emergence of safer queer spaces in many cities across the world, there is an urgent need to rethink public spaces so we can create more inclusive, welcoming and hospitable environments for all members of our communities - an argument we have backed in our previous publication dedicated to 'queer urbanism', Reclaiming Space.

Cities across Europe and beyond show that it is possible to harness the potential of all things 'queer' - spaces, initiatives, and the community itself, by matching top-down and bottom-up actions targeted to, catered for and representing of the community, thus unlocking new types of inclusive cities.

To celebrate PRIDE 2022, POLIS will be sharing content about queer urban spaces and mobilities related to members and non-members. Following our introductory article on the theme (December 2021), we have chosen to then focus on, on one hand, public space, and on the other, queer mobilities (with an emphasis on public transport and security).

🏳️‍⚧️🏳️‍🌈Keep your eyes peeled for our upcoming article focused on transport!🏳️‍⚧️🏳️‍🌈 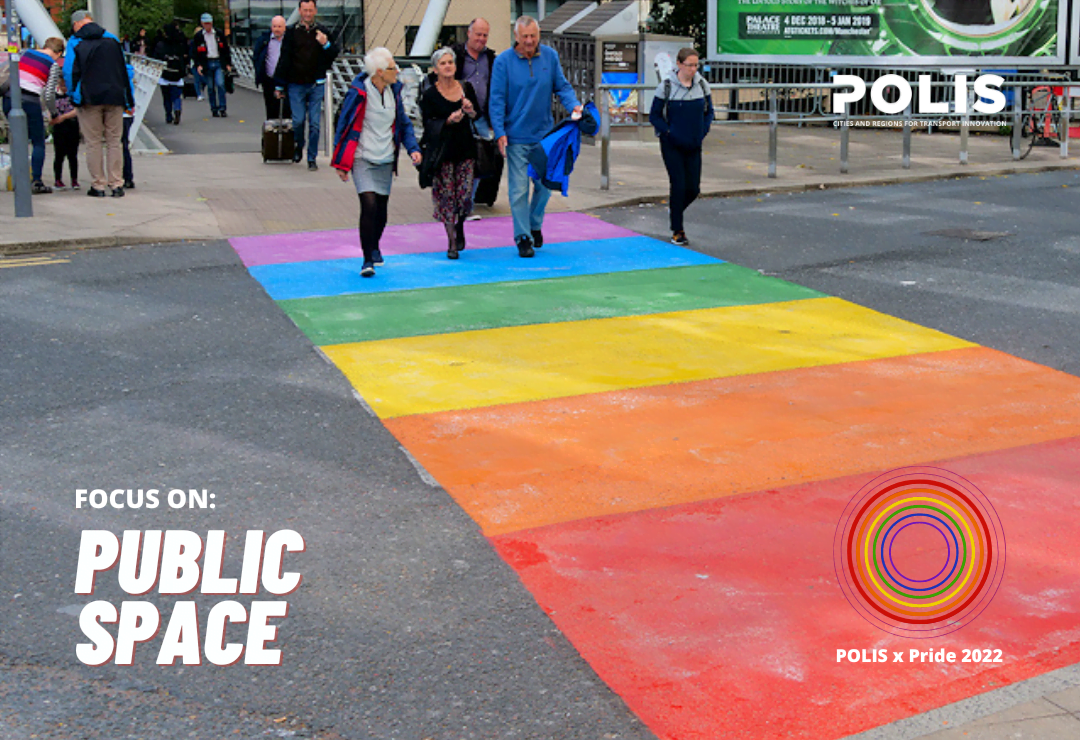