If COP26 has taught us anything, it is that the status quo is no longer an option. Our urban mobility systems do not just need to adapt, they need to transform This requires a complete reimagining of our cities; constructing a transport network where the car is no longer king. POLIS' Public Transport Lab explored just how.

This is not as far-fetched as one may think. Indeed, across Europe cities and regions are revolutionising travel, making sustainable and shared options easier, safer and more affordable than jumping in the car.

From cycle highways in the Arnhem-Nijmegen City Region to Brussels’ car free days, active travel and public transport are being placed centre stage.

So how is this being achieved? POLIS brought together Ile de France, Barcelona Tirana and Lisbon to discuss exactly how public transport and active travel are being accelerated and integrated- at the speeds demanded if we are serious about tackling climate change.

Then, in an interesting twist, speakers were put through their paces by experts Cosimo Chiffi from Reveal project and Daniel McCool from Arup.

It was a one-of-a kind webinar; here’s what happened.

Integrating metro, bus and tram transit with cycling infrastructure has become an important avenue for encouraging public transport uptake- in the lowest emissions way possible! For this, strategic and connected infrastructure planning are required. Redesigning the urban space has the capacity to revise mobility across the city- and beyond.

POLIS’ member regions have been tackling this challenge in new and innovative ways, as longer distances between public transport stops and stations has kept car travel stubbornly high.

The answer? Make cycling and public transport easier than taking the car, give passengers a service they cannot refuse. 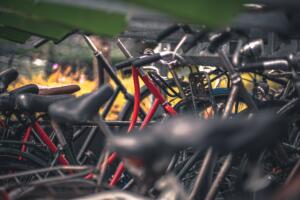 Ile-de-France (IdF) joined to explore the region’s bike parking scheme, and how it is promoting cycling as part of public transport users’ end to end journey.

“Why is it important for us?” asked Aline Gillette.

“This approach encourages use of sustainable transit across even large distance, moving cycling from short journey’s but travel across our region.”

IdF is seeking to shift bike travel from 2 to 6% of the modal share, and has been operating bike parking services for several years. However, varying subscription conditions, misunderstanding of services and conflicting networks of operating conditions were inhibiting uptake. 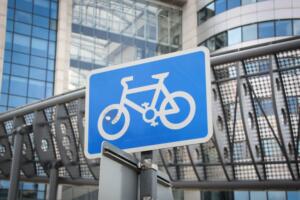 Creating convenience is key to encouraging travellers away from car travel. With 28 project owners all operating slightly differing parking infrastructure, rationalising and harmonising services was a key task.

As a result, IdF has expanded parking spaces, and aims to have 140,000 spaces by 2030, while promoting the service at a regional scale. With the upcoming development of the Paris Express Network, the region also has the opportunity to embed cycle parking from the outset of construction. This policy has been conducted in tandem with national policy. Indeed in 2021 it became obligatory for stations to provide cycle parking.

“I will not deny implementing parking for bikes is not a difficult conversation and negotiation between stakeholders, but it can be done,” said Aline

Financial frameworks have also been changed, with IdF taking charge as the project owner, taking responsibility for operating costs and providing incentive systems.

Connecting public transport and active travel is also a concern for cities- which are finding creative solutions to the challenge.

POLIS member, Barcelona is at the forefront of creative urban regeneration. The Spanish city, which attracted much accolade for its superblocks- which became a blueprint for others during the pandemic- is now turning its attention to bike transit, expanding and enhancing cycle routes around the main public transport networks.

“We want a city dedicated more to cycling, and less to cars,” said Sílvia Casorrán from the city.

As a result, the city is scaling up its infamous superblocks, integrating closed streets with green corridors, and the webinar saw how streets had been transformed- with playgrounds in the middle of the road, car parking replaced with seating and other pedestrian and cycle areas. 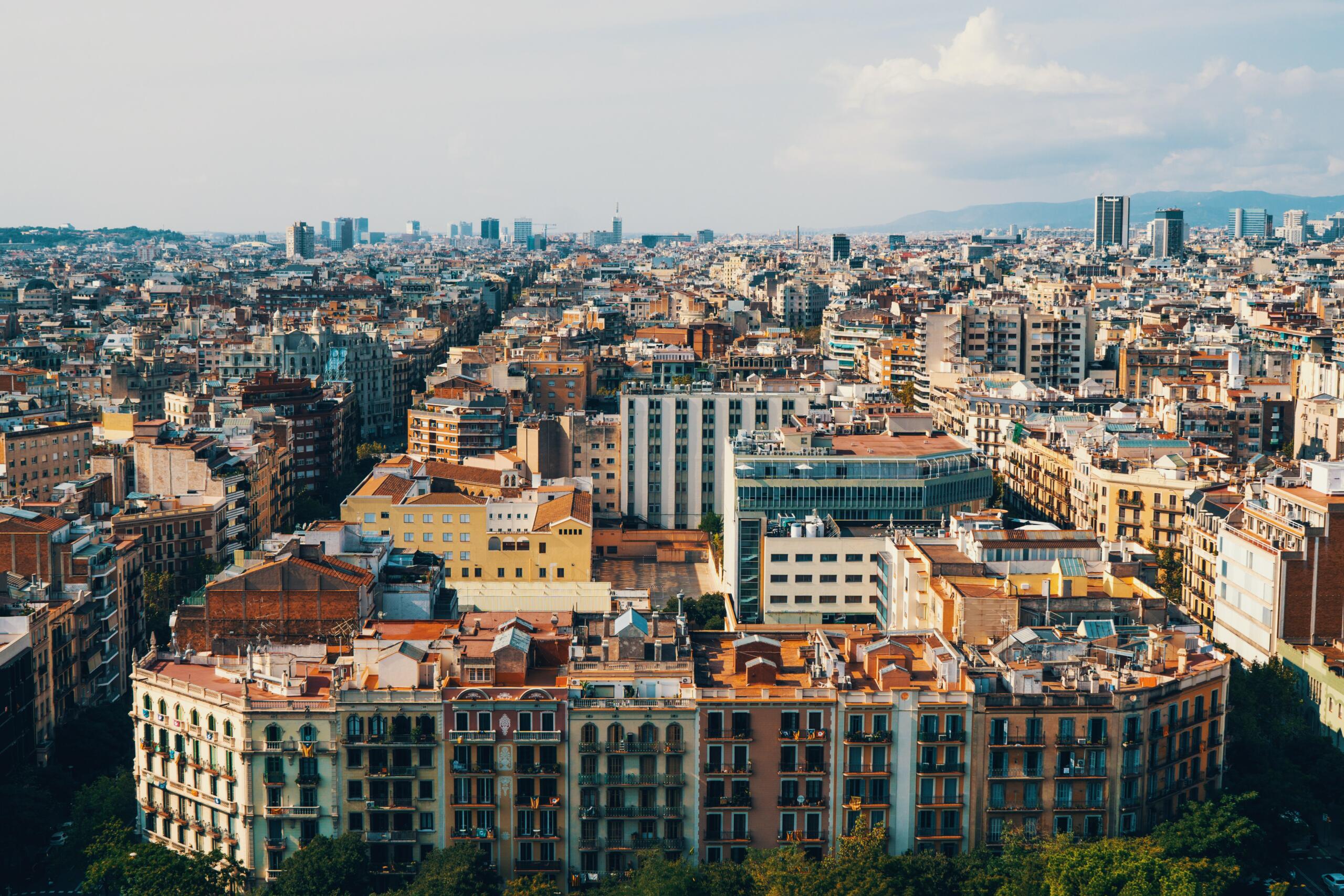 These changes are being coordinated with expansion in tram services across the city, with the diagonal tramway link connecting the city’s two tramways via a 3.9km connection across Avinguda Diagonal. Alongside this, pavements along the route are being widened, green spaces enhanced, cycle lanes created and car space reduced.

“We know it is difficult displacing cars, but the political will is growing- and we now know our citizens want this too!” Casorrán asserted.

The webinar then travelled to the Albanian capital Tirana, a city which we do not often hear about when it comes to urban mobility, yet is implementing changes at an unprecedented speed. 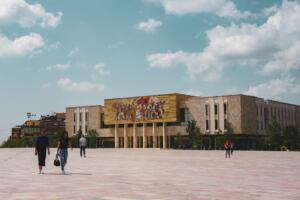 “In a city where 70% of the population do not own cars, surely the most democrat option is a city where an equal proportion is dedicated to those citizens?”

Tirana, which is set to be the 2022 European Youth Capital- is still dominated by the passenger car; however, it is beginning to close areas to vehicles- including the city’s central square! At the same time cycle routes have been developed leading into the city centre while green spaces have been enhanced

“We are creating a city which is a ‘destination’ a place to be, with interaction at the heart of mobility,” said Ristani.

Big infrastructure projects capture headlines, but, as every good urban planner knows, and even atheists will admit, ‘The devil is in the detail’; especially when these details have a huge impact in the user’s experience – feelings of safety, comfort and convenience often determine travellers’ decisions.

Simple tasks as walking to the bus stop, waiting for the bus, boarding and alighting, and buying or validating a ticket, can be quite challenging for many users (people with disabilities, elderly citizens, adults carrying small children)- who, as previous Public Transport Lab webinars explored, must be considered across transit offerings. 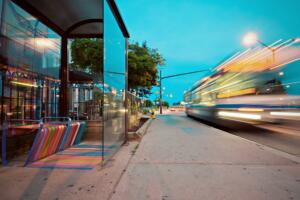 Yet these details are often omitted from our conversations about urban design.

“We must understand and address the real needs of real people. For example, we want to attract car-drivers to public transport, right? Well, let’s start by noting that many of them belong to the ‘baby boom’ generation, which has been entering retirement in the past few years. They’ll need public transport more and more, as they age”, said POLIS’ Pedro Homem de Gouveia who was Joined by Tiago Aleixo from POLIS member Lisbon to present their research and interventions across the Portuguese capital.

The duo presented how Lisbon devised a systematic approach to improve its bus stops, through a research and development effort that involved observing and listening to users (including bus drivers), learning from international good practice, and testing new solutions through pilot projects.

Why bus stops? Well, because bus stops are a critical component in the user’s overall experience, and improving them can make public transport more attractive… but also provide gains in commercial speed, which will make it more efficient.

The toolkit for change: Key insights from the webinar

Cooperate to connect: PTAs, PTO’s, cycle lobbies… the list of stakeholders goes on. If integration is to be achieved, partners must be able to work together.

Link up the infrastructure: Integrating cycle infrastructure into a unified framework will make services easier to use, enabling cyclists to make use of services across the entire city and region.

Changing use of space: Urban space is more dynamic than we think! Converting spaces once occupied by cars into active travel areas just requires thinking outside the box!

Involve the community: Investment is critical, but as the saying goes, money cannot buy happiness- nor integrated transit. Barcelona and Tirana’s experiences revealed the necessity of involving the community, in ensuring support for changes.

This webinar was a collaboration between POLIS’ Active Travel & Health, and Safety and Security working groups. Find out more about our working group activities here.

Dr Maria José Rojo, who coordinated this webinar, will also be on the panel at the upcoming COP26 Side Event, 'How We Can Make Cities both Healthier and Carbon-Neutral'. Find out more here. 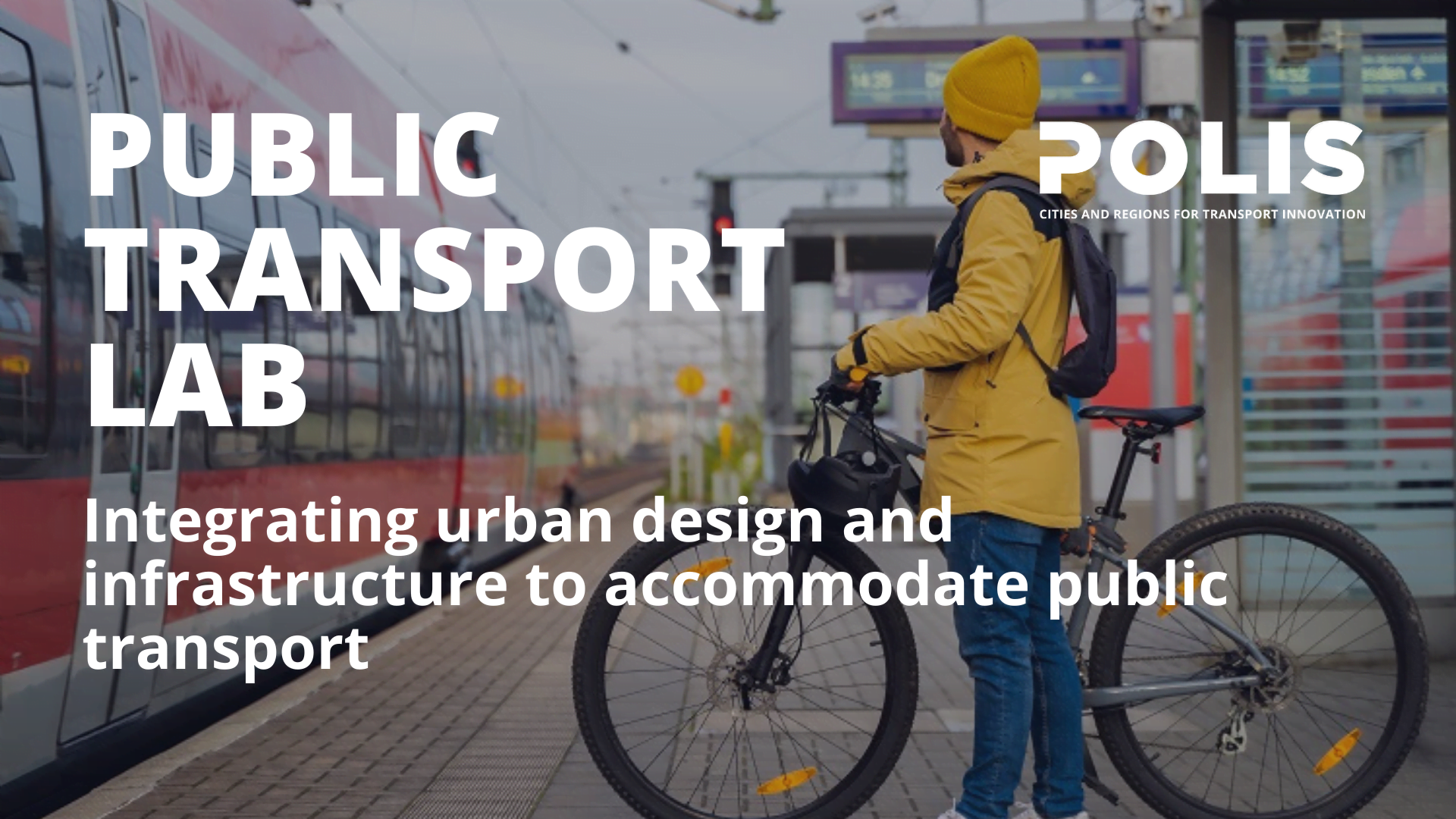 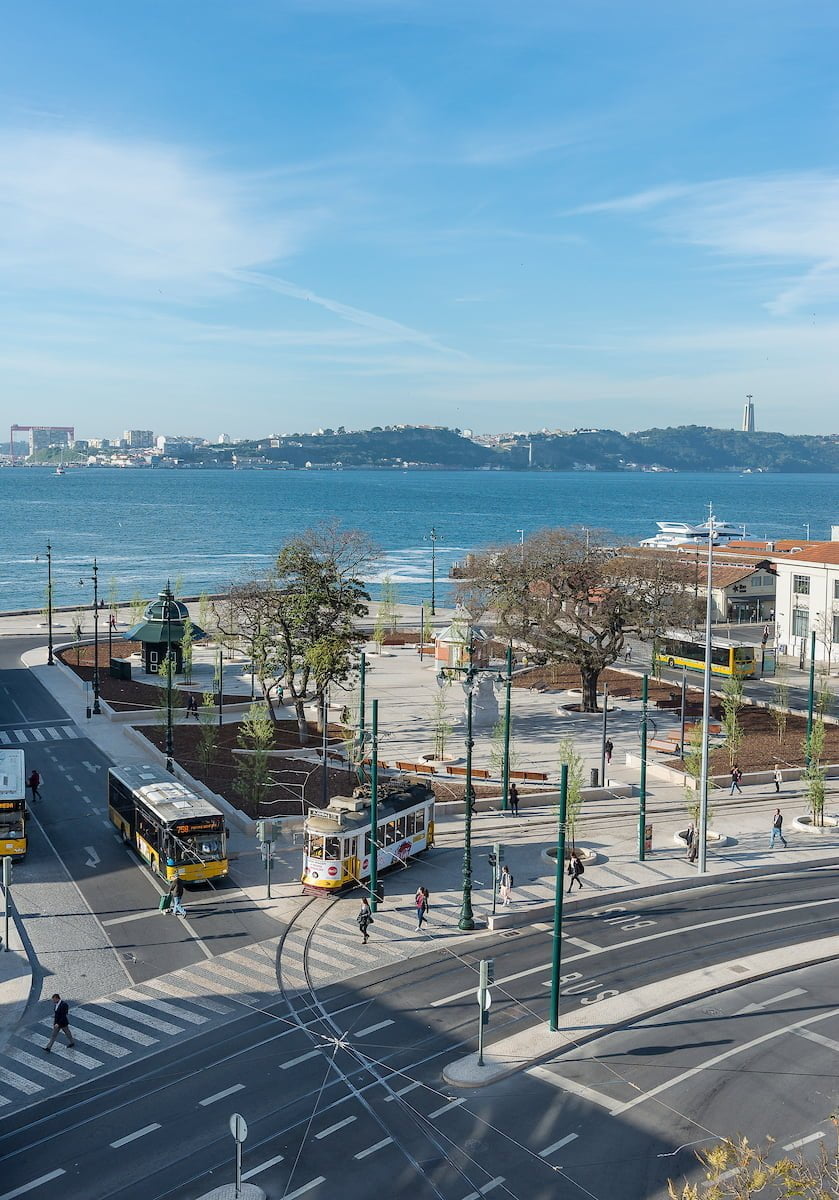