LEVITATE is currently building tools to help European cities, regions and national governments prepare for a future with increasing levels of automated vehicles in passenger cars, urban transport services and urban logistics. The project is preparing a new impact assessment framework to enable policy makers to maximise the benefits of connected and automated transport systems (CATS) and utilize the technologies to achieve societal objectives.

Defining the future of urban, passenger car, and freight transport

Findings were obtained in two ways: through literature review, and through a dedicated stakeholder workshop to gather the views from a group of experts (Stakeholder Reference Group or SRG) on the future of CATS and their application. This workshop was held in Gothenburg on 28th of May 2019 and counted with the participation of 40 experts. An informed list of sub-use cases of possible interest from a CATS perspective was developed for use cases of urban transport, passenger cars and freight transport

Overall, according to workshop experts, CATS are mainly expected to supplement public transport functions. The deployment of cooperative, connected and autonomous vehicles may have considerable impacts on urban transport operations, through advanced city shuttles and other micro-transit vehicles. There are many opportunities that would be available through these new technologies and cities would need to prepare to take full advantage of them. The report aims at defining expected penetration rates, influenced by market forces and technology adoption. In general, the reviewed literature suggests the future of CATS to be positive in terms of their impacts on traffic, safety, environment, economy and mobility. However, their uptake is most likely to be influenced by trust and user’s acceptance.

Initial screening of literature on connected and automated passenger cars suggests that they have potential to increase the capacity of lanes and lead to a reduction in congestion and fuel consumption in the short-term. However, they could increase travel demand due to changes in destination choices (for example, longer journeys), changes in transport mode (shift from public transport) and introduction of new users. Various forecasting studies show that the claimed (by CATS industry) benefits of the widespread use of automated passenger cars for personal use, would only be achieved if we move from a privately owned to a shared-ownership model. In addition, the use of automated passenger cars for personal use is more likely to be lower than their use as mobility services due to the prohibitive initial vehicle purchase costs.

Compared to passenger cars, user acceptance of CATS technology in urban freight is less of an issue. The reason is that these vehicles are acquired and used by freight operators. Freight vehicles can be regarded as tools and driving as a job. Therefore, commercialization of automated freight vehicles has different driving factors to automated passenger cars. Road maps of European associations, however, differentiate between urban freight transport and long-distance freight transport, with CATS having a major role in the latter. A literature search on Advanced Driver Assistance Systems (automation level 1 and 2) show their impacts on traffic, safety, environment, mobility and society. The systems are similar to those of passenger cars, with the exception of a few systems such as speed limiters or automatic electronic tolling system which are more relevant for freight vehicles. The consensus of the SRG was that collaboration between freight operators should be achieved by facilitating data sharing, utilizing consolidation centers, and improving last mile solutions.

The findings of these deliverables will be key in the further development of the use cases and provide the foundation for subsequent work to look at short-, medium- and long-term impacts.

You can access all the publications and learn more about the project here. 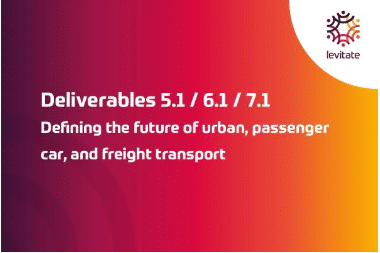 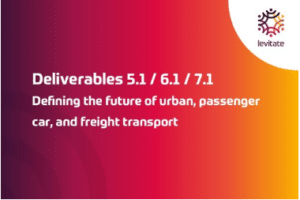