The Belgian city of Leuven launches its eHUBS at the presence of Lydia Peeters, the Flemish Minister of Mobility, on 27 September 2020.

The eHUBS were presented to the citizens of Leuven at the presence of the Flemish Minister Lydia Peeters, the city’s mayor Mohamed Ridouani, the alderman of mobility David Dessers, and of the eHUBS project partners that have contributed to the deployment of shared and electric modes in the city, Autodelen.net (the Flemish carsharing network), Cargoroo (e-cargobikes), and URBEE (e-bikes). In order to have people familiarize with the concept and the functioning of eHUBS, a pop-up eHUB was organised and interested people could try out shared transport modes available at eHUBS, assisted by the shared and electric mobility providers.

The total number of electric shared vehicles that are currently available at eHUBS in Leuven is 46, among them: 5 electric cars (Cambio and Partago), 30 electric bikes (URBEE), and 9 electric cargobikes (Cargoroo). The deployment of eHUBS does not only target citizens of Leuven, who are looking for alternative modes to the private car, but also for commuters, visitors and tourists, aiming to visit the city in an easier and more sustainable way.

The eHUBS in Leuven will be characterized by the HOPPIN polls (digital and analogues), which refer to the branding of eHUBS foreseen by the Flemish strategy that aims at deploying 1000 eHUBS in the Belgian region by the end of 2024.

The deployment of eHUBS in Leuven will continue also over the next year, as the city’s objective is to provide citizens with a total number of 50 electric and shared mobility stations. This goal is also aligned to the ambitious city’s target of climate-neutrality by 2030, aiming at doubling the number of trips made by public transport and cycling by 2030. 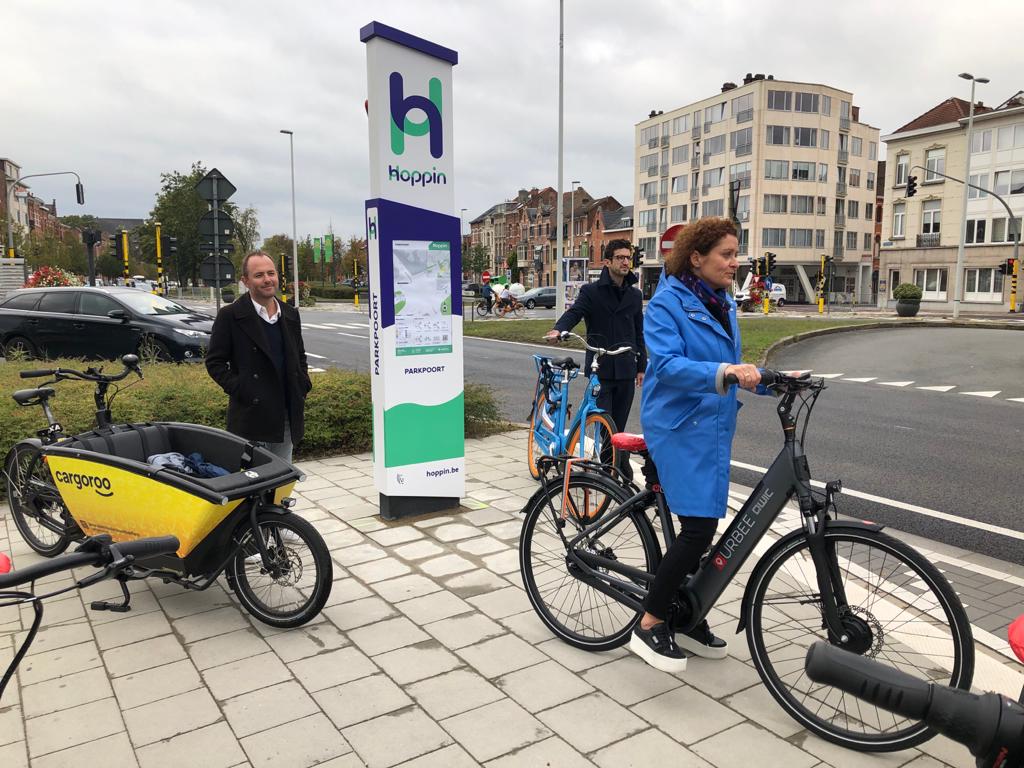