Île-de-France Region has introduced measures to help employees change their commuting schedules, in an effort reduce pressure on public transport. In a new charter, the regional authority and local businesses have pledged to encourage use of public transport outside of peak hours.

Roads in the region are congested and public transportation is saturated. One-Third of commutes takes more than 45 minutes, affecting individual wellbeing and productivity for businesses here.

This new commitment, made in partnership with Plaine Commune, RATP, SNCF, Ile-de-France Mobilités, Chamber of Commerce and Industry (Seine-Saint Denis Department), as well as several private sector executives, hopes to facilitate reductions in public transport use during peak hours. This follows the launch of a collaborative service, Smartwork in June which has sought to reduce public transport use at peak hours.

Recent lockdown measures have revealed the centrality of companies, administrations and universities in public transportation use. As individuals’ working patterns have shifted, with many adopting teleworking and staggered hours, use of public transport networks have dramatically changed.

The Plaine Commune area is home to 190,000 employees, with almost 50% using public transportation to commute to work. 55,000 passengers use public transportation during the morning rush hours, with 21,000 arriving by train 21,000 and 14,000 via tram. Even a 5-10% reduction in this number of arrivals at critical times would significantly reduce overcrowding on these busy lines.

As a result, The Île-de-France Region, Île-de-France Mobilités, Plaine Commune and transport operators (RATP and SNCF) have voiced their committed to staggering commuting journeys. Joint efforts are being made to promote alternative modes of transport and encourage commuters to use public transport outside of peak hours.

The new charter is a voluntary commitment by each signatory to reduce the number of its employees using public transport between 8:00 am - 9:00 am by 10%.

To achieve this, signatories will:

The Île-de-France Region will support this by: 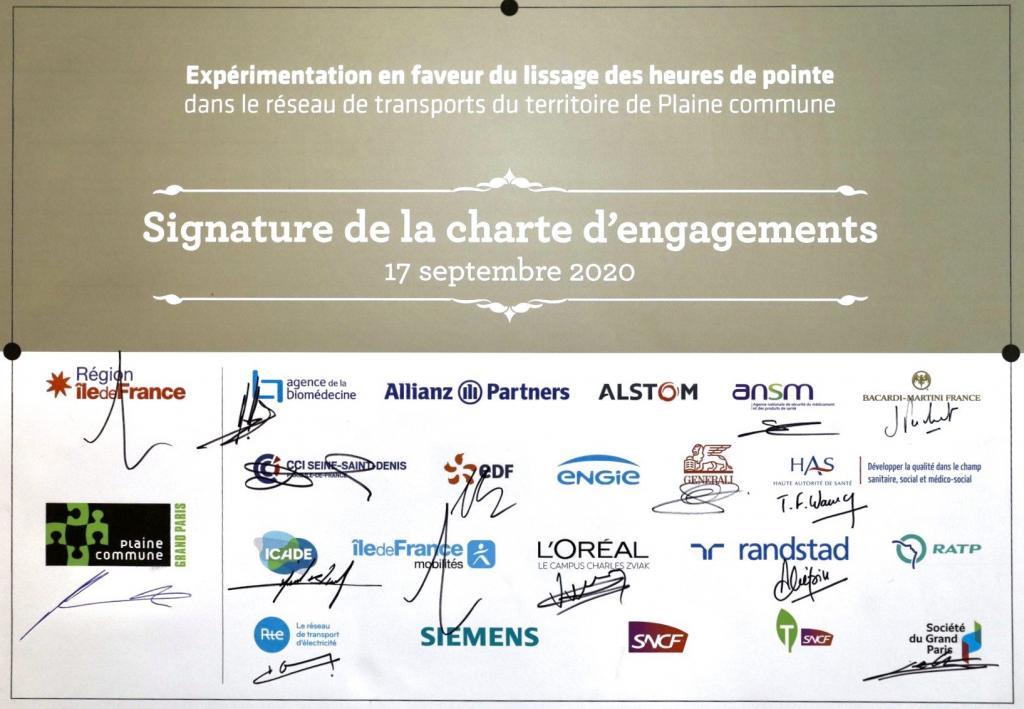 Ile-de-France Mobilités designs, organises and finances the public transport used by residents all across the Greater Paris Region. Ile-de-France Mobilités brings together stakeholders from all o...
Read more 03/04/2011
Back to news
Cookies To make this site work properly, we sometimes place small data files called cookies on your device. Most big websites do this too.
Accept
Read more
Cookies Settings
Cookie Box Settings
Cookie Box Settings