What's The Rush? Sustainable Commuting in the Arnhem-Nijmegen City Region

In the Arnhem-Nijmegen City Region, more and more people cycle from home to work. The electric bicycle appears to be the best alternative to the car for a distance up to 20 kilometres. The advantages: guaranteed travel time, 100,000 fewer cars in rush hour, parking in front of the door, arriving fresh at work and coming home with a refreshed mind, cycling is healthy and gives you maximum freedom. Arnout Smit and Climmy Hanssen report on how the region awards sustainable travel behaviour and links various initiatives to the EU’s Green Deal.

Traffic gets stuck in rush hour in cities like Arnhem and Nijmegen. The problem becomes really serious during activities such as the renovation of the historic Waal Bridge in Nijmegen, as Deputy mayor of Nijmegen Harriët Tiemens says.

"To keep the city accessible, the municipality of Nijmegen has started a mobility project. It's a challenge to avoid rush hours to reduce the number of cars at the busiest times. With success, because since April 2019 there have been 100,000 fewer cars in Nijmegen’s rush hour peak."

In this 'SLIMSpitsen-project', participants can avoid rush hour by driving, cycling, traveling by public transport, working from home or taking a different route outside the evening rush hour. The goal of getting about 600 cars out of rush hour every day was met by the enthusiastic participants faster than expected. As a result, one year after the start of the project, 100,000 cars have already avoided the evening rush hour. This way, participants not only contribute to the accessibility of Nijmegen, personally they can also earn credit for beautiful gifts with their participation. In the Smart Sprint challenge, every participant could have a chance to win one of the three honorary titles if he or she participated four times in the evening during the rush hour around Waal Bridge within a period of two weeks. 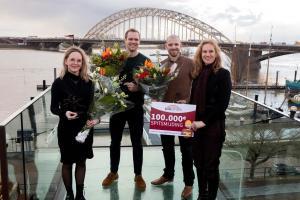 Due to the renovation of the Waal Bridge, fewer lanes are available, but all the while the city of Nijmegen must remain accessible. The 'SLIMspitsen-campaign' was started to encourage people to travel outside of rush hour or to travel differently (such as by bicycle, ebike or with public transport). The license plates of all vehicles that drove over the Waal Bridge and in other busy parts of the city were registered with cameras (privacy proof). Potential participants were approached as directly as possible via direct mail, their own Facebook page 'SLIMspitsen', social media channels of the municipality of Nijmegen and partners in the region and via traditional media such as door-to-door newspapers, regional newspapers and road signs. Citizens were able to participate by various apps (TimesUpp or Ring-Ring) and save for beautiful gifts. The options to participate were: work at home, avoid rush hour by using your own bike or with an ebike from Urbee. Good travel behaviour was rewarded, which in itself is very motivating .

The strength of regional partnerships

Radical infrastructure projects such as the renovation of the Waal Bridge will not be realized without the partnership of the Arnhem-Nijmegen City Region, in close collaboration with the province of Gelderland. This is where the strength of regional partnership is expressed: bringing parties together to cooperate, sharing knowledge and carry out projects that make the region more accessible and sustainable. A system characteristic of the region is its location on major rivers such as the Rhine, the IJssel and the Waal. This makes the mobility network vulnerable during work, which puts pressure on the traffic flow. That is why a strong network of public-private parties is very important in order to change the mobility behaviour of travellers in addition to infrastructure adjustments. 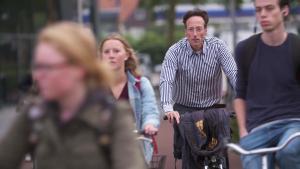 Within this project, the modal shift for rush hour avoidance has been:

The project to avoid the rush hours fits within the context of the ambitions of the Arnhem-Nijmegen City Region towards the EU Green Deal, including its mobility aspects. Climate change and environmental degradation are an existential threat to Europe and the world. To overcome these challenges, Europe needs a new growth strategy that transforms the Union into a modern, resource-efficient and competitive economy.

An important step has been taken with the presentation of the European Green Deal in December 2019. The Green Deal is a roadmap to a more sustainable Europe. The goal is clear: the European Union must be climate neutral by 2050. The Green Deal is a top priority and the common thread running through all the plans that the European Commission will present over the next five years. In realizing the Green Deal ambitions cities and regions play an essential role. The Arnhem Nijmegen City Region (province of Gelderland in the Netherlands) takes this opportunity to foster much needed changes in Urban Mobility. As transport makes up a big part of Europe’s carbon emissions, local and regional governments take action to make Europe’s urban transport systems become more sustainable, safe, equitable and competitive. For the Arnhem-Nijmegen City Region, this European ambition comes down to local projects like zero-emission rush hour, clean inland shipping, hydrogen mobility and innovation in e-charging.

“To fulfil our Green Deal Goals, the Connecting Europe Facility, InvestEU and other funds can for instance support the financing of 1 million electric vehicle-charging points, clean fleet renewals, sustainable transport infrastructure, especially also looking at the modalities of rail and electric mobility and bike lanes” (Frans Timmermans, at 28 May press conference)

One year after the Green Deal is presented, the Arnhem-Nijmegen City Region and the Province of Gelderland will host the large international Polis Conference 2020 on sustainable mobility. The region will present itself on how we cross borders, on green public transport concession, new mobility services such as eHUBS, international train connections, cycling highways, mobility behaviour approaches and sustainable logistics. The region is a hotspot for (international) logistics and sustainable mobility solutions. It's perfectly situated between the European hinterland and the Netherland’s two most important ports: Schiphol airport and the Rotterdam harbour. One of the ambitions of the Arnhem-Nijmegen Region is to make inland shipping 'zero emission' so that it will also be climate neutral by 2050. In addition, the region is also working on a cleaner living environment in and around the cities. For example, a hydrogen-powered garbage truck will be running in Arnhem in mid-2020, one of the examples showing that this city is at the forefront of the energy transition.

The Polis Conference in December 2020 will feature plenty of discussions, presentations and materials on sustainable mobility practice. In addition, the region hopes to achieve this year a Green Deal-Makers Summit. During this part of the program, city and regional political representatives will engage in a dialogue with EU representatives, to show their side of the Green Deal, and discuss how the EU can support the local and regional level to perform even better.

Authors: Arnout Smit is European Affairs Advisor and Climmy Hanssen Communications Advisor at Arnhem-Nijmegen City Region in the Netherlands. Contact the authors at arnout.smit@arnhemnijmegen.eu and climmy.hanssen@arnhem.nl 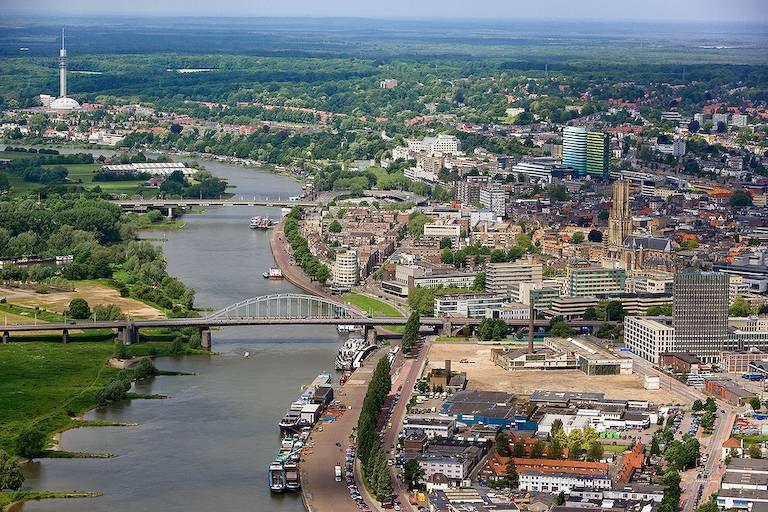