Resilience in Action: Philippe Crist on what COVID-19 means for cities

Thinking Cities’ Jamie Wylie talks COVID-19 with Philippe Crist, the International Transport Forum’s Advisor, Innovation and Foresight, about the threats and opportunities, and how urban transport can adapt and improve.

What would you consider to be the main threats and opportunities of the COVID-19 crisis from a mobility perspective? 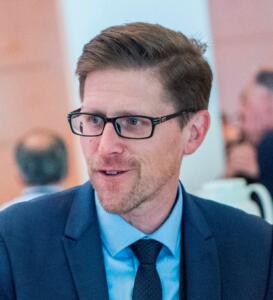 Philippe Crist (PC): The main threat is how quickly people come into contact with each other when they're moving in enclosed spaces. That is going to be something that cities and public transport operators will have to contend with going forward. There's some discussion about to what extent public transport actually contributed to the spread of the virus, but until there is a vaccine or until we build up enough confidence in limiting the spread of the virus, distancing rules will be in place and that limits capacity in public places and public transport.

I think we have to be careful when we talk about opportunities coming out of this. Of course there are things that are some potential opportunities, for example people have pointed out that they can hear more in cities, that the air is clean and pollution is down in most urban areas, but to say these are positive things is delicate because it is linked to something really horrible, which is the spread of a global pandemic. The main thing coming out of this will be thinking about how cities and mobility can better enhance resilience.

What we can say going forward is the this is a real chance to rethink and ask how we design and build our mobility systems to deal with shocks, not just major shocks like this but also to smaller shocks, like people getting to and from work in the morning and evening. This crisis has highlighted what the future of mobility needs to focus on and resilience.

How do you assess cities’ mobility responses to the crisis?

PC: Most cities have done pretty well and adapted very quickly. Around half of the world's population have been in lockdown or [had] limited movement, so a lot of cities have had to think quickly about how to get people around under these extreme conditions. Public transport operators very quickly put in physical distancing guidelines and protected staff and passengers by limiting capacity and by sanitising vehicles and adjusted frequencies of vehicles, for example. Very quickly we have seen that the role of public transport, even in this crisis, has been central. Many cities have acted incredibly fast in reallocating space and introducing emergency walking and cycling infrastructure. We have seen three main types of responses. Firstly, focusing on key corridors and thinking about how people can walk or cycle safely whilst respecting physical safety guidelines, these may include strategic corridors to key facilities like hospitals.

Secondly, other cities have taken a more systematic approach, and have actually identified entire networks where infrastructure can be deployed almost overnight. Barcelona, Ile-de-France, Brussels, Milan and Bogotá for example are all planning these networks. Finally, the third option is to not only focus on increasing cycle facilities but also to restrict car access in neighbourhoods and streets. Many are limiting car speeds to 30 km/h or 20 km/h, and this is the way to create safe spaces very rapidly for walking and cycling without infrastructure. This concept of shared space is being deployed in large areas in places like San Francisco, Brussels, Portland. 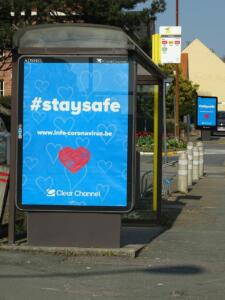 Public messaging has become a mainstay of city's responses to COVID

Many cities are now deploying tens or hundreds of kilometres of safe streets. The ones that have been most interesting include places like Brussels and Paris, but the South American cities have been quite impressive because they have been under a lot more pressure than other cities. There were already quite a limited number of car trips in these cities and most people got around by public transport, and now that public transport is very limited they have had to very rapidly deploy these large walking and cycling networks to get people around.

What are the key lessons for cities coming out of this crisis?

PC: If there is one thing that has become hyper-evident it is that we are at the limit of how we can absorb shocks with the way urban transport works now. Streets were empty, and yet people still had to walk off the sidewalk because there was not enough space. The unfairness of that space allocation became so clear. So very quickly, there was a realisation for cities about the need to rebalance space and how to do this fairly. Cars are essential for some people, but we need to allocate space more fairly. Another lesson is that cities need to build now what you want to keep for later.

Even when planning emergency infrastructure, this should be aligned to a long-term vision. If you have a need to build emergency infrastructure somewhere, that is because clearly there is a longer-term need for something to change there, not just for keeping people moving during the crisis. Also, it’s clear that more choice are better than less choice. Having a mobility system that allows people to choose whether they want to take the tram, bus, a scooter, a taxi, or walk or cycle, those are resilient cities. In the past we have tended to approach mobility in cities in a sort of ‘mono crop’ way, with just one or two options to use.

Rebalancing this is a key lesson. Cities often change due these stresses that shock people into changes, and COVID-19 is one of those stresses. People are asking questions about how they get around, and that is when changing habits occur. This is the largest street planning experiment ever and will fundamentally change how we allocate space to allow for more choices and for more active choices, because these are the most resilient modes. 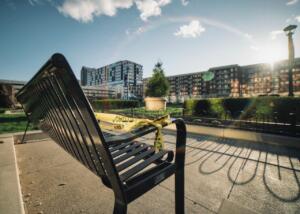 New spaces will be required for walking and cycling in cities

People are realising that safe space for walking and cycling is something that they want in the future. The fact that people have been exposed to this possibility makes it easier to keep working on this and keep pushing for this. Many people are experiencing something new that they thought was impossible, but actually hasn't been so bad.

Which transport modes do you think will come out as winners and which ones as losers?

PC: Public transport has dealt with shocks before, but those shocks have usually gone away after a few weeks. This will last a lot longer. Public transport operators are going to have to be quite creative and think outside the box to find a way to get through this very difficult period. In some respects, there are some structural lessons, and one of those is that certain types of funding mechanisms are more resilient for public transport. Clearly in this case having a dependency on farebox revenue is a negative, because that is no longer there and will not come back quickly because of the limitations which are in place. We will still have to transport a lot of people, and there is a lot of uncertainty about the future of public transport right now.

We may have to rethink what we mean by public transport. Things on the fringes of public transport, services or routes which run at a loss for example, are vital but I think what we will see is perhaps bringing in ‘public-like’ transport and subsidies for those services. Is a bus still the only way, or are there other options available? The vast majority of existing shared mobility business models were vulnerable before Covid-19, and many operators are under extreme pressure now that travel has dropped precipitously. On the one hand, part of the difficulty they have is because they have costs that may not be fair, for example a lot of cities are putting charges on scooters. 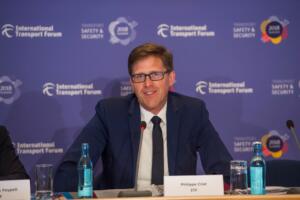 To conclude, are you optimistic or pessimistic that something good will come out of this crisis on the longer term?

PC: There is clearly going to be a large economic shock that will take some time to absorb. Things don't look good on that level. That will impact a lot of things in urban mobility: how many people have jobs, how many people are telecommuting, how many drive or take public transport or buy a bike, so there's big questions about how society will absorb the shock. But cities have absorbed these shocks in the past and grown stronger because of them. The actions taken now will make cities better and give people more choices in the future for transport and make cities more resilient to future crises.

Author: Philippe Crist coordinates Innovation and Foresight for the International Transport Forum (ITF) at the Organization for Economic Cooperation and Development (OECD). Interview by Jamie Wylie, project coordinator at the Solar Impulse Foundation 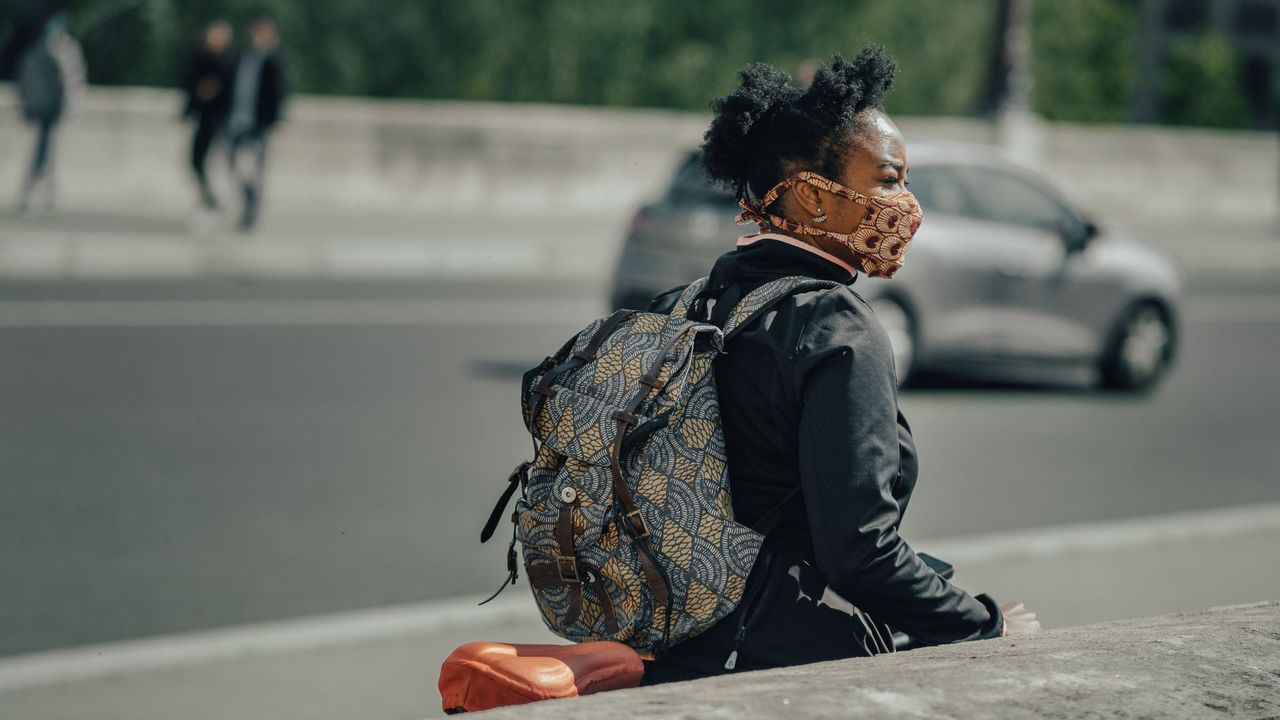