A new study by the European Public Health Alliance (EPHA), confirms electric vehicles are the best choice to replace diesel-fuelled road vehicles. Switching would reduce air pollution and save EU countries over € 9 billion every year in health costs from driving emissions alone.

Commissioned by the EPHA, the study looks at which replacement for diesel-fuelled vehicles would most reduce harmful nitrogen oxides (NOx) and microscopic particles called particulate matter (PM).

This study is an extension of a previous study and focuses on two main elements:

“In 2030, diesel will be responsible for around three-quarters of the costs from road vehicle emissions” says report author Anco Hoen, from independent researchers CE Delft.

“From all the alternatives considered, nothing will reduce harmful pollution or emissions as much as switching diesel vehicles with electric - and this remains true even when we take the air pollution from electricity production into account.”

In comparison with the full-electric scenario, business-as-usual means the combined damage from pollution (NOx, PM, CO2, and noise) to public health, biodiversity, buildings, and agriculture would cost EU27 countries an extra €45 billion every year.

The study adds weight to the call to accelerate the transition from diesel to electric and the costs of waiting longer.

Substituting diesel road vehicles with full-electric vehicles is by far the most effective way to reduce tank-to-wheel emissions and associated external costs. It is roughly twice as effective as replacing diesel vehicles with plug-in hybrid vehicles, new (Euro 6/VI) diesel vehicles and CNG/LNG. This conclusion is still valid including well-to-tank emissions, i.e. the air pollution associated with the production of fuels/energy carriers. Both hydrotreated vegetable oil (HVO) and ethanol (E85) have limited benefits in terms of replacing diesel use from a health perspective.

For HVO this is because it can be used in the current vehicle fleet and the exhaust emissions remain practically the same whether regular diesel or HVO is used. Provided HVO is produced from truly renewable sources, it has substantial benefits in terms of reducing well[1]to-wheel emissions. In the more distant future when electricity production is expected to shift to higher shares of renewable production, the relative advantage of HVO will decrease. 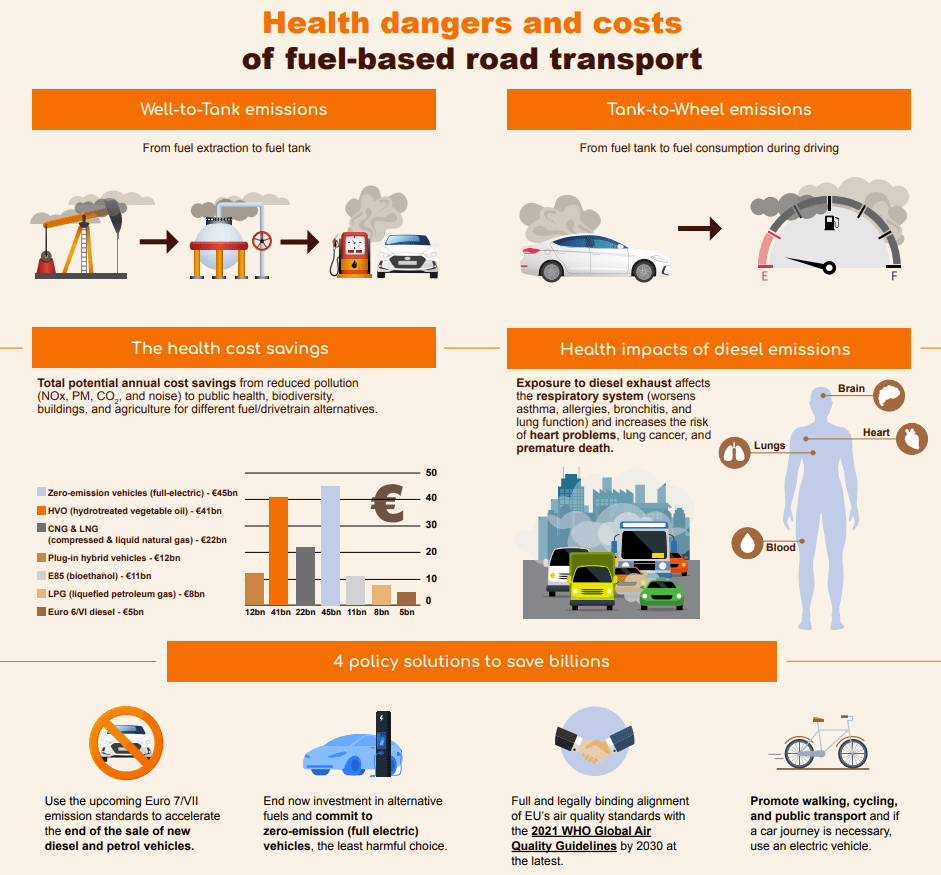 Zero-emission vehicles save money and lives

Road transport is one of the major sources of air pollution; it affects our health, our environment, and our businesses. Nations with older vehicles experience greater emissions and therefore greater health costs. Across EU27 countries in 2019 alone, fine particulate matter (PM2.5) caused 307,000 premature deaths, NO2 caused 40,400 deaths, and toxic ozone (O3) caused 16,800 deaths1.

The World Health Organization (WHO) estimates that every year, exposure to air pollution causes seven million premature deaths and results in the loss of millions more healthy years of life3. Almost two-thirds (65%) of the costs from air pollution come from nitrogen oxide emissions (NOx), with almost another third (32%) coming from inhalable particulate matter (PM2.5). These pollutants will fall more quickly by transitioning faster.

The European Parliament voted on 8 June 2022 to stop the sale of new diesel and petrol road vehicles by 2035 - but today’s study demonstrates the need to move faster and accelerate the transition to electric vehicles, while at the same time promoting walking, cycling, and public transport. 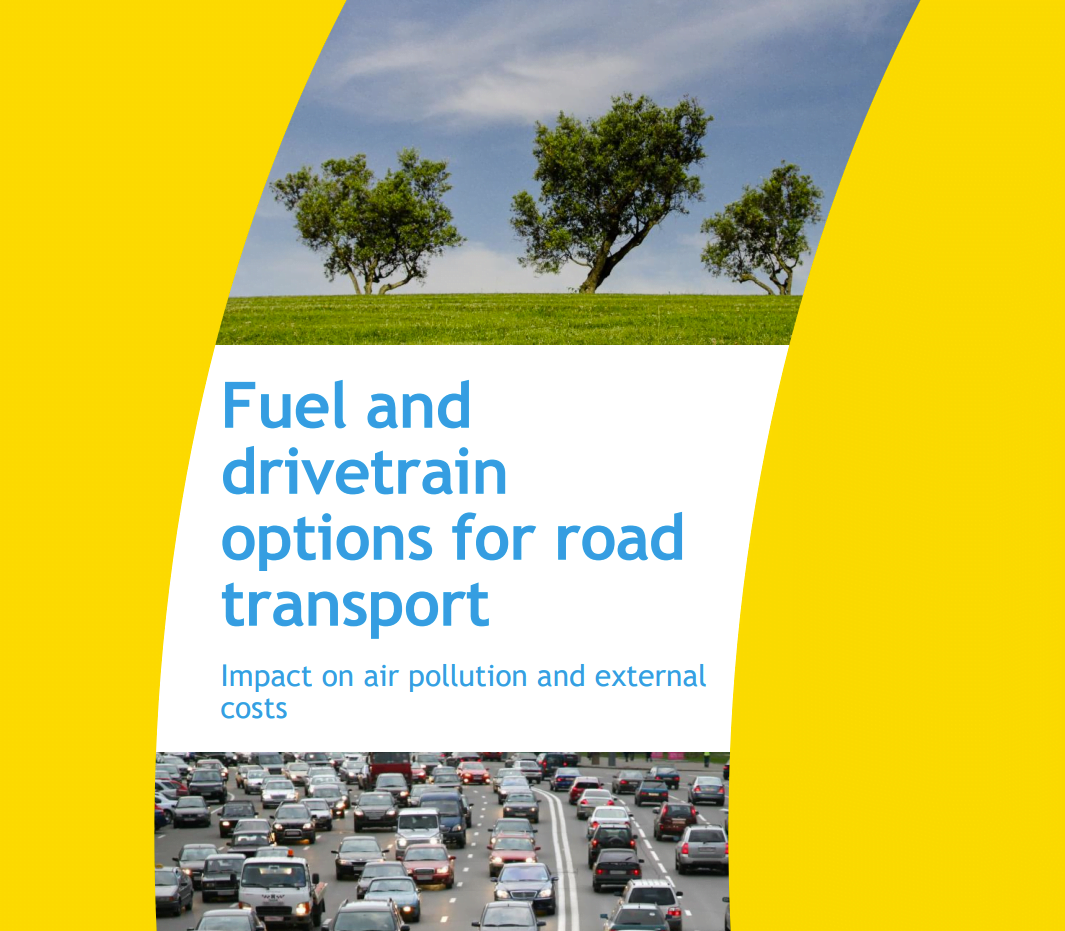