As the fourth largest French metropolis  and the most rural one, the 1.2 million inhabitants of Métropole européenne de Lille (Lille Metropole) are spread over 650 km2 territory. This gives Lille Metropole a relatively low density (1,762 hab./km2 compared with Lyon Metropole’s 2,568 hab./km2).

This large territory including 90 municipalities around three main urban centres that concentrate most jobs implies rather long commuting distances. The average 6.8 km between homes and workplaces along with high share of liberal professions and intermediate- and senior-level individuals using cars for professional purposes keeps car ownership and car user rates high at the expense of air quality and traffic fluidity.

Poor air quality is costly in any European city. In Lille Metropole we evaluated about 1,689 premature deaths due to poor air quality and an estimated cost of €5 billion per year for the local economy. Lille Metropole has already taken steps to tackle this by running (almost) the entire public bus fleet on natural gas (NGV) produced with local organic waste, and through large deployment of electric vehicle charging stations.

Lille Metropole decided to go two steps further at once. A restrictive Low Emission Zone (LEZ) alongside a massive €2 billion investment plan for short- and long-term public transport infrastructures and services, both voted for on the same day in June 2019. How do these two measures work together? And why was it necessary to combine them? What are they really about? How inclusive are they?

A RESTRICTIVE LEZ FOR THE METROPOLITAN CENTRE

Last June, the metropolitan council has decided to engage Lille Metropole alongside voluntary cities and the State in the progressive implementation of a LEZ. Depending on further technical and political decisions, notably final discussion on implementation with local mayors of concerned municipalities, the LEZ should be operating by 2021. The LEZ will indeed lay on the 11 most urban municipalities (Lille and its neighbour cities) among the 90 composing the metropolitan territory. This represents 340,000 people and 60 km2 (compared with 25 km2 in Antwerp, 84 km2 in Paris for examples). Restriction will be 7/24 to ease readability and enforcement. It will include national highways passing across the zone.

Although Lille Metropole is not listed as a critical area in terms of air pollution, funding was granted at national level for enforcement measures and communication programmes.

Unlike the 160 km2 wide LEZ in Brussels, Lille’s does not cover the whole territory but only its biggest urban centre. The territory has indeed the specificity of being composed of three urban centres, the other two being the cities of Tourcoing and Roubaix. Measures were necessary not to divide the area and its inhabitants into two. Indeed, LEZs have many advantages and are unsurprisingly mushrooming over Europe. However, opponents raise some particularly relevant points in the tension social climate in France and Europe: LEZ is less of a constraint for dwellers of urban centres where it is effective than peri-urban and suburban ones who uses their own car for accessing city centres. In Lille Metropole, 23 per cent of cars (estimation of the fleet of vehicles in 2016 based on the results of the survey on inhabitants’ travel habits aged 5 and over) would be banned from accessing the LEZ impacting those unable to purchase a more recent, cleaner car leaving in the outskirts. Although less wealthy populations are less motorized and commute shorter distances, risks are still high to exclude the less wealthy car owners from accessing city centres leading to situation of social exclusion based on wealth.

A permanent LEZ surely has a significant impact on air pollution due to road traffic: nitrogen oxide levels will be diminished by at least 31 per cent and up to 36 per cent for PM2.5 inside the LEZ; these particles will also fall outside the zone and over the whole MEL territory (650 km2) with a respective diminution of 17 per cent and 22 per cent

Combining the LEZ with investment plan for public transportation was therefore an absolute necessity. New lines will supply the territory, transform landscapes and concerned municipalities, as well as increase traffic fluidity within the whole metropole in easing mobility for all. Traffic efficiency, air quality, and economic attraction will benefit from this ‘mobility shock’. 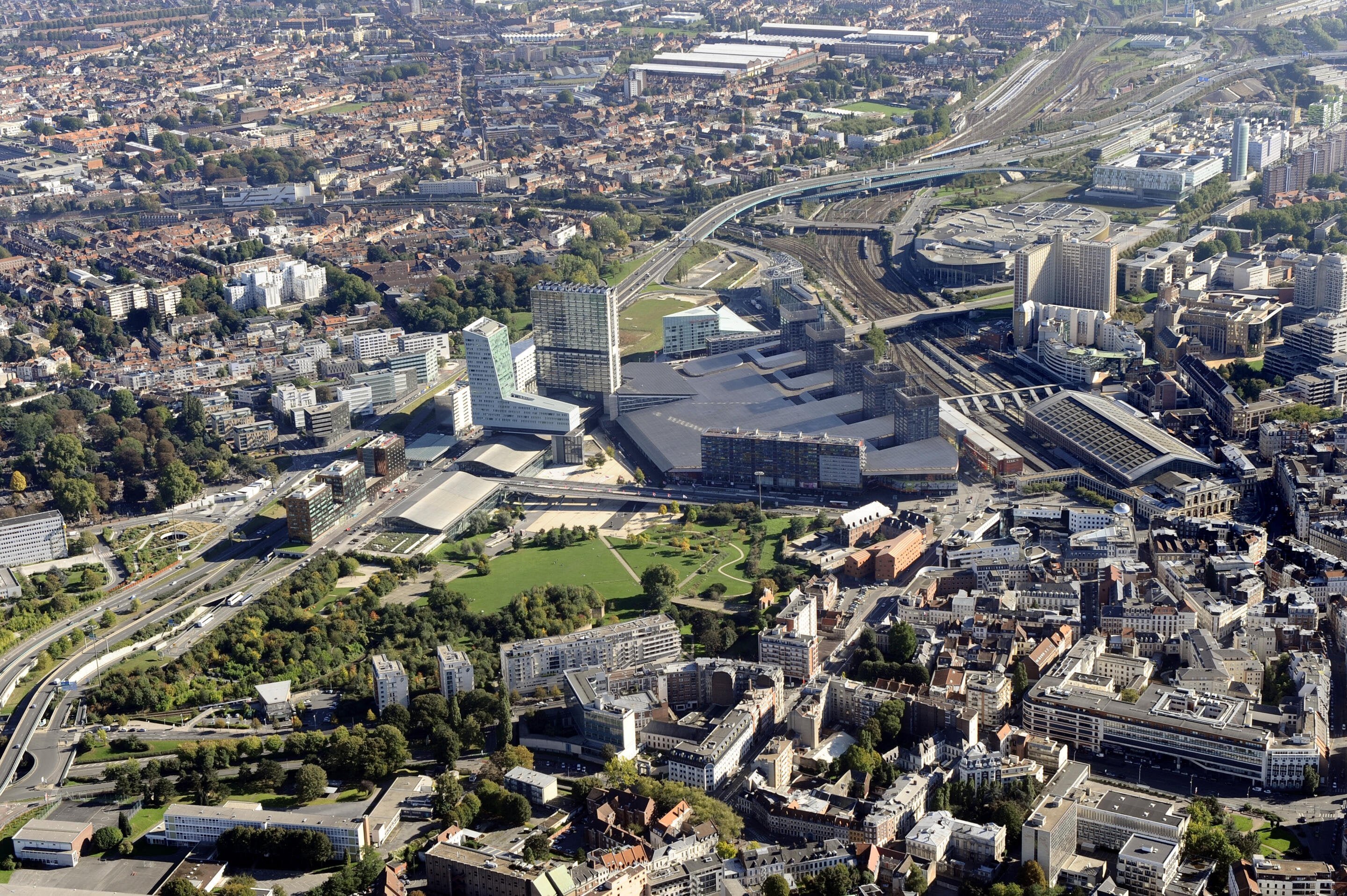 Launched in early 2019, an online public consultation asked inhabitants about their needs. Building new backbone lines with better performances to complete the existing services, new park-and-rides and multimodal facilities, and strengthening regional railway network were the most common answers of thousands of respondents. Solutions based not on hard new infrastructures but on better managements were also polled: ‘bus only’ lanes, a better distribution of space between mobility modes. These answers were deeply considered in designing new services.

Since the integration of urban transport networks and railway systems is the cornerstone of the investment plan, other regional and national mobility stakeholders were part of the discussions: the French State, Hauts-de-France Region, SNCF, Chamber of Commerce, Ilévia (public transport operator in Lille Metropole), the European Group of Territorial Cooperation, municipalities etc. As of today, thoughts are still being shared for a common, large and strategic vision based on railways at regional level.

Interconnecting urban and railway networks for in inclusive metropole

Almost 30 projects lay ahead for Lille Metropole, all based on a few principles: support economic and urban development, ease access to urban core centre from outside, and connection between outskirt areas so that no one is left behind by the LEZ. In total, including studies and long-term projects, between €1.8 billion and €2.5 billion will be invested.

By 2025 the earliest, five new tramway lines will be ushered to connect popular districts with subway stations; in addition, high-level service buses will be deployed to connect outskirts areas to each other. For the busiest lines, trams and buses with capacity to transport larger number of travellers will be provided and/or frequencies for a potentially smoother accession in the LEZ will be risen. Moreover, cross-border lines will be reinforced in readability and frequencies and new connection added. 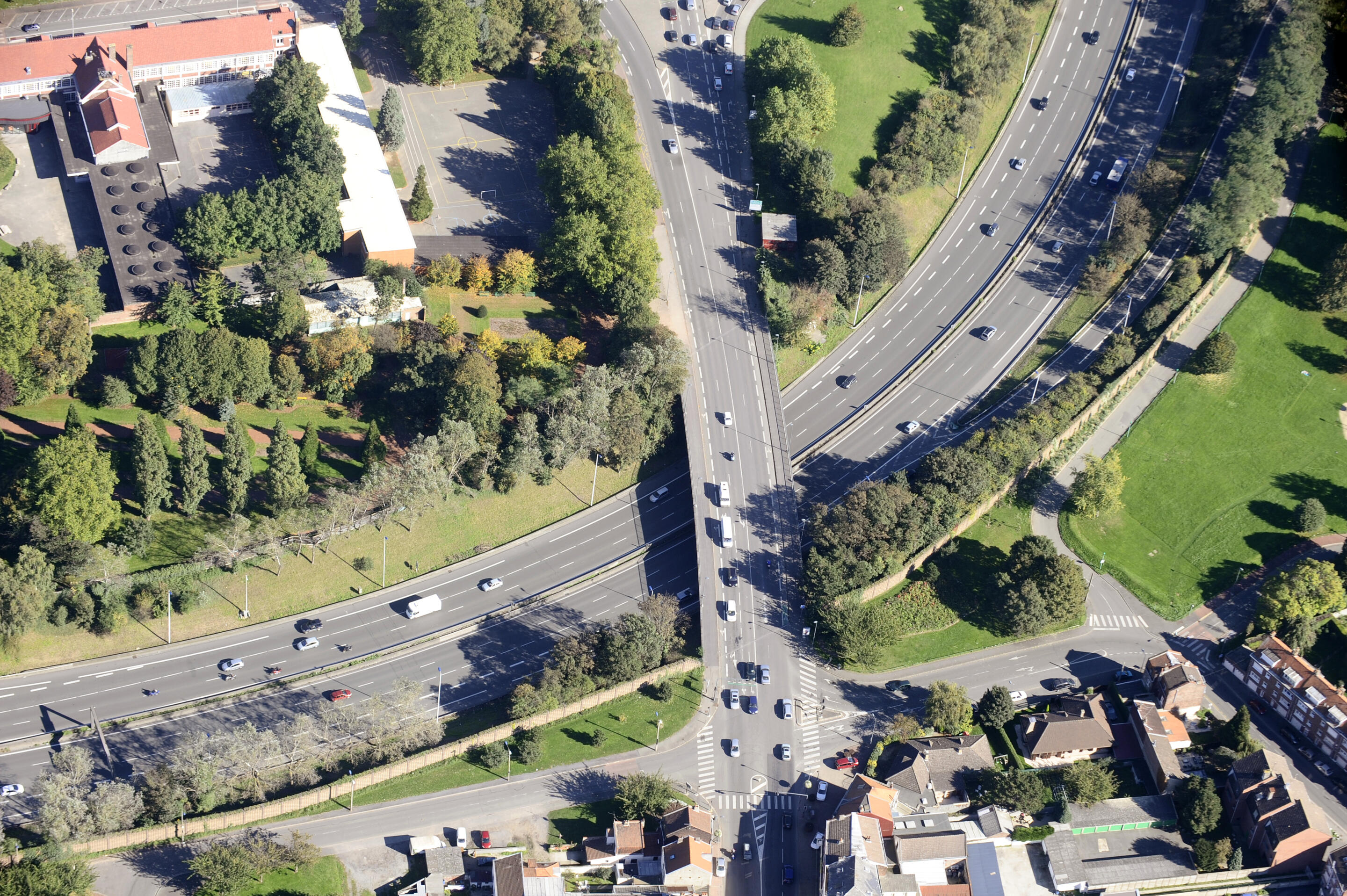 In the long term, the interconnection between urban networks and regional railways will be completed to reduce traffic in the main Lille station. To do so, nine multimodal hubs and park-and-ride facilities will be built nearby rail stations, the doorways of urban centres. New rail stations, especially in the south of Lille, will blossom. The existing subway line to the South will be extended to reach out the most peripheral areas. The railway system will also participate to the connection between suburban areas with “diametralisation” of some lines.

Automatic and connected transport is already being implemented and will be set-up on some section in urban areas.

Almost 30 projects lay ahead for Lille Metropole, all based on a few principles: supporting economic and urban development, easing access to urban core centre from outside and connection between the outskirts of the city so that no one is left behind by the LEZ

These two new significant urban measures, the LEZ and the investment plan for structural collective transport, are integrating a larger, coherent set of initiatives for a better and cleaner urban environment. Car owners willing to change for a cleaner car are already supported, under certain conditions, by French States, and this resulted as an important factor in voting the LEZ. Lille Metropole is also engaged to reflect on how to accompany impacted car users toward shifting transport mode.

These decisions on mobility and infrastructures projects will contribute to the improvement of air quality in the context of a broader environmental health policy whose action plan was also voted on in June 2019, as well as in connection with the development of the PCAET, the revision of the Urban Travel Plan initiated, etc. 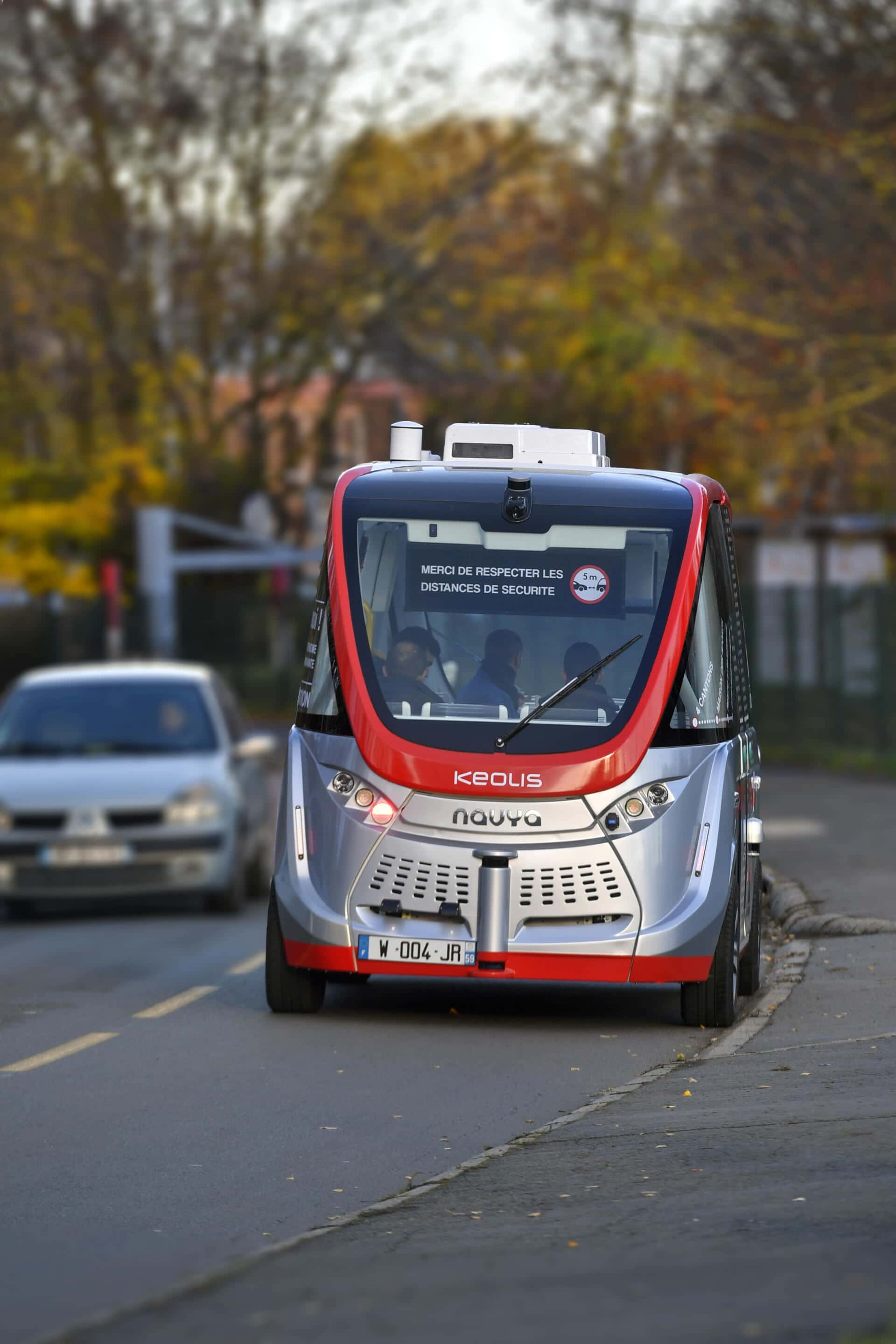 Lyon, Stockholm, Bordeaux, Lille, Melbourne, Hyderabad, Rennes and Boston count themselves among more than 20 major cities that have chosen Keolis to operate all or part of their public transport networks

LEZ and infrastructures projects are far from the only contributors to improving the quality of the air in the territory. It is necessary to combine actions in multiple domains. The LEZ and investment plan are concrete example of a long-term strategy launch in 2018 for a healthier environment, the Sustainable Energy and Climate Action Plan (SECAP). The “Plan santé environnement” - voted in 2018, pushed for more coherent urban policies anticipating negative externalities at a cross-sectoral level. These cross-silos methods allow coherence and avoid over-lapping, contradictory measures. Public health must be supported through prevention and promotion on which Lille Metropole can have an impact rather than measures taking in reaction outside of Lille Metropole’s competences.

MANY SOLUTIONS, ONE METHOD

Challenges facing urban mobility are many, but there are plenty solutions for each difficulty. It is widely agreed that one solution will not answer all challenges. Plans presented here are one possibility out of many. However, the method must remain on the same lines: a strong coherence between all solutions selected by a consultative process and implemented through close cooperation between all concerned public and private actors.

Large financial investments are part of the solution, we must face it. However, big money is nothing without big minds: public strategies to shift travellers, commuters and transporters’ behaviours, like LEZ and smarter public transportations, are another essential part of the puzzle. Both must be considered together to ensure clean, but also socially inclusive, mobility for tomorrow. 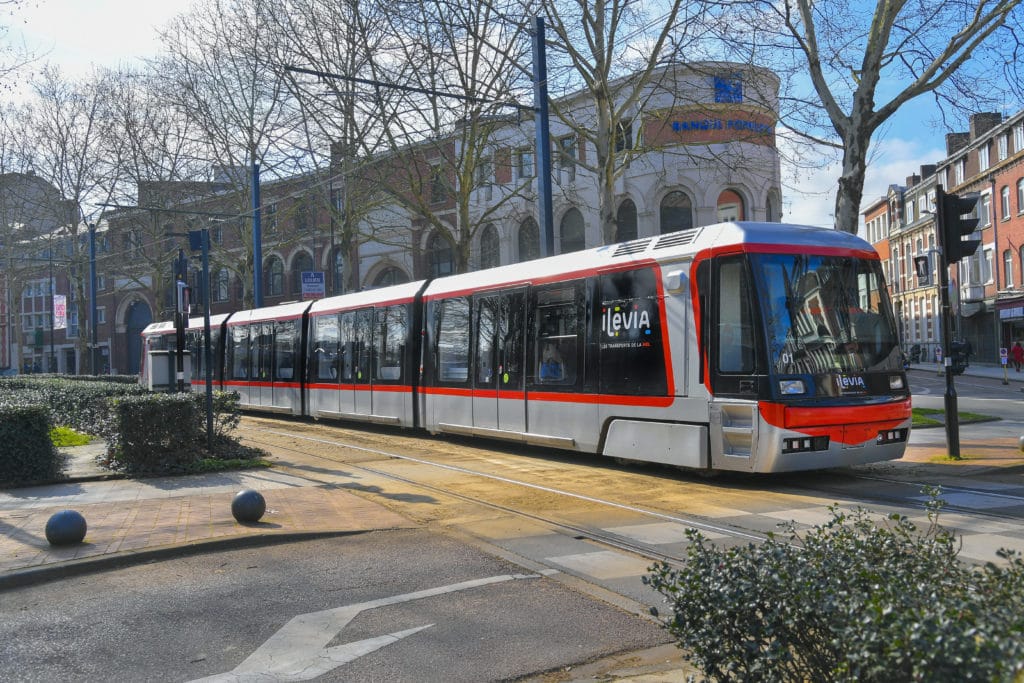