The principal feature of CityLab is the creation of living laboratories in cities as context for the creation and implementation of new solutions to increase the efficiency and sustainability of urban logistics. The project was funded under the European Union’s Horizon 2020 research and innovation programme and it lasted from June 2015 until April 2018. The aim was to reduce the impacts and costs of freight and service trips in urban areas with the involvement of different actors, in the public as well as in the private sector. In the end 24 partners were involved in the project.

The living labs were introduced in eight cities (Amsterdam, Brussels, London, Oslo, Paris, Rome Rotterdam and Southampton) and each of them studied and implemented one or more measures to reduce the negative impacts of freight vehicles whilst enhancing business profitability. In the labs, researchers, public authorities and business partners gathered to identify common issues and goals and define consequent solutions. The project also intends to provide a platform for the transfer and replication of the best practices to a larger group of follower cities in its afterlife. More information at: www.citylab-project.eu.

I n the framework of the CityLab project, the experience of the Living Lab in Amsterdam examined different models for last mile freight delivery in the city centre. The pilot test conducted by the Dutch mail and e-commerce provider, PostNL, underwent numerous changes, from the initial concept to its last phases of implementation. PostNL tried to improve the efficiency of the highly fragmented last mile parcels delivery.

The city is engaged in several initiatives to become more sustainable and has set the target of taxis and delivery vans to be emissions-free by 2025: large vehicles (>7.5T) will be banned from the city centre and subsidies for electric vehicles for freight and privileges for electric trucks are foreseen. The use of bicycles as a personal mean of transportation is so widespread that, as Erik Regterschot of the Department for Sustainability of the City of Amsterdam stated during the CityLab workshop in Amsterdam, no subsidies are needed for cargobikes, as there already many of them in the city (Amsterdam, 8 March 2018). However, despite these good features, Amsterdam still needs to improve its approach concerning the introduction measures for efficient and sustainable freight delivery as well as traffic congestion.

During a CityLab workshop held in Amsterdam on the 8 March 2018, Mr Regterschot presented some interesting figures about congestion in Amsterdam. Camera counts registered a 5 per cent annual growth of vans circulating within the ring road, corresponding to 30,000 vans per day. Congestion remains a main issue for urban logistics, as it accounts for up to 65 per cent of added travel time during peak hours.

THE THREE PHASES OF THE CASE STUDY

In CityLab, the Amsterdam implementation aimed to improve last mile logistics by making better use of canals and existing cycling infrastructure. The Amsterdam Living Lab examined three solutions of parcel depots for the last mile. This implementation followed the Living Lab approach: based on a shared vision of making the city centre of Amsterdam more sustainable and reducing congestion, PostNL cooperated with the local authority and researchers to improve last mile logistics in the city centre. In line with this approach, different concepts have been discussed and evaluated, before coming up with the definitive solution that was tested.

The first concept that PostNL explored to improve the last mile logistics foresaw the use of the canals of Amsterdam to reduce the number of trucks circulating in the city centre. The plan was to use floating depots that would have been loaded at hubs located on the outskirts of the city. These vessel depots would have used the canals, avoiding the traffic and reducing congestion, to get to a hub in the centre. As floating depots they had to have a mechanism to lift the goods onto the quays. From there, eco-friendly e-freight bikes and clean vans would have unloaded the floating depot and completed the delivery of the parcels, reducing at the same time emissions, congestion and making the delivery even more pleasant for the last mile couriers. After some issues, related to financial and organisational restrictions, PostNL decided to use conventional vans instead.

AN IDEA THAT DIDN’T FLOAT

In the second scenario, PostNL considered using a floating depot pushed by a hybrid-push boat from where zero emission (ZE) vehicles (EV trucks or bikes) would deliver parcels in the ‘de Pijp’ district in Amsterdam, a very dense and popular area full of cafés, restaurants, coffee shops and bars. However, evaluation performed at the end of design phase illustrated the lack of a sustainable business model for this scenario. Overall, it was decided that it was not cost-effective to bring the goods into the city by boat. Based on these evaluations, PostNL decided to look at the other possibilities using existing infrastructure. Therefore, while the idea of using waterways for freight delivery remain interesting and the Living Lab stakeholders are still open to develop it in the future should the circumstances change, PostNL decided to abandon it for the time being. The final concept was the one that was implemented with a pilot project in the city: the third solution reviews different models of e-freight bikes for the last mile

The idea of using electric cargo-bikes for the last mile delivery has been revived in this last scenario as well. These e-freight bikes distribute mail and parcels from micro-hubs located in the city centre. To avoid the high rents in the city centre, the depot utilisation needed to be maximised and eight micro hubs (for example, abandoned stores or existing PostNL hubs) are shared with other PostNL activities like daily mail. What changed was the introduction of the micro-hubs within Amsterdam. It started with just one hub and, at the end of the project, eight of them were established in the city. The locations were unutilized stores and facilities of PostNL that were equipped with charging facilities for the cargo-bikes and reutilized for the implementation of the project. Vans were replaced by 50 to 60 e-freight bikes and each microhub is supplied by a truck twice a day. In the morning they deliver mail to business clients. Then they return to the hub, get recharged and start the second shift in the afternoon, to empty all public mailboxes and pickup mail and parcels from business clients. The benefits at the operational level include a reduction of the time required to park and reduced cost of fuels. Not only that, but the use of e-bikes allows the taking of shorter routes for the deliveries and therefore it ensures similar average speeds.

With the creation of the microhubs for the distribution of parcels, PostNL has obtained two main improvements. The first one is the use of micro-hubs in the inner city to consolidate the last-mile freight flows to and from the city centre. The second one is the exploitation of the well-developed cycling infrastructure of Amsterdam and the use of electric cargo bikes, to reduce pressure on the road network and improve their quality of service. About 1,300 orders are still handled by vans while the remaining 2,200 orders are handled by bikes from the micro-hubs that are supplied by truck. Due to time savings during the trip caused by cycling infrastructure and lack of parking, bicycles can handle 5 per cent more orders during a trip which saves about five trips per day. Drivers are satisfied with the additional exercise due to the cycling and experience less stress because congestion and parking issues are no longer affecting them. This has also brought reputational benefits to PostNL, appearing as an eco-friendly company, and the initiative seems to have been welcomed with warmth by citizens and tourists as well. Overall, the Amsterdam implementation has been a rather successful experience, despite the evident challenges the project had to face in its initial phases - the pilot is currently under extension. Moreover, it seems plausible that the solution of utilizing waterways for freight delivery will not be completely abandoned: the micro-hubs implemented in the CityLab framework represent a stepping stone in a possible future revival of the floating depots concept.

"Overall, the Amsterdam implementation has been a rather successful experience, despite the evident challenges the project had to face in its initial phases" 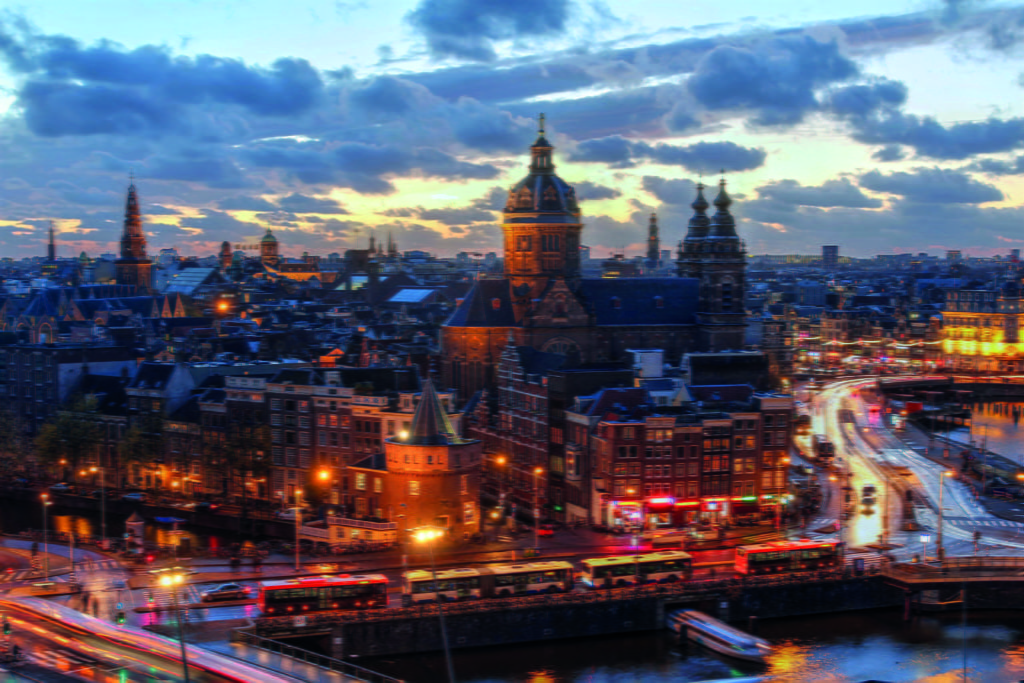 There are several challenges ahead, especially when extending to other cities. The main challenge in Amsterdam is to find sufficient employees to make deliveries by freight bike. Another challenge is to increase the utilisation of those freight bikes by extending the operations towards the delivery of packages, food, local products and evening deliveries.

The first lesson is that floating depots do not quickly create a valid business case. The development of an entirely new technical functionality begins long before it is ready to be used in operation. Another lesson is that using the floating device for delivering food products doubled the costs compared to conventional daily practice, due to the higher operational costs. They result from the longer delivery time and the capacity of the floating depot.

Cooperation between industry, research and local authorities resulted in better understanding of each other’s issues and strengths. These relations contributed in developing and evaluating the concept. Especially the fact that it was clear to everyone involved why something failed has been helpful when together looking for feasible solutions in a new cycle. If this concept works well, PostNL would like to extend the concept of micro-hubs and sustainable transport to other cities and the remainder of Amsterdam. 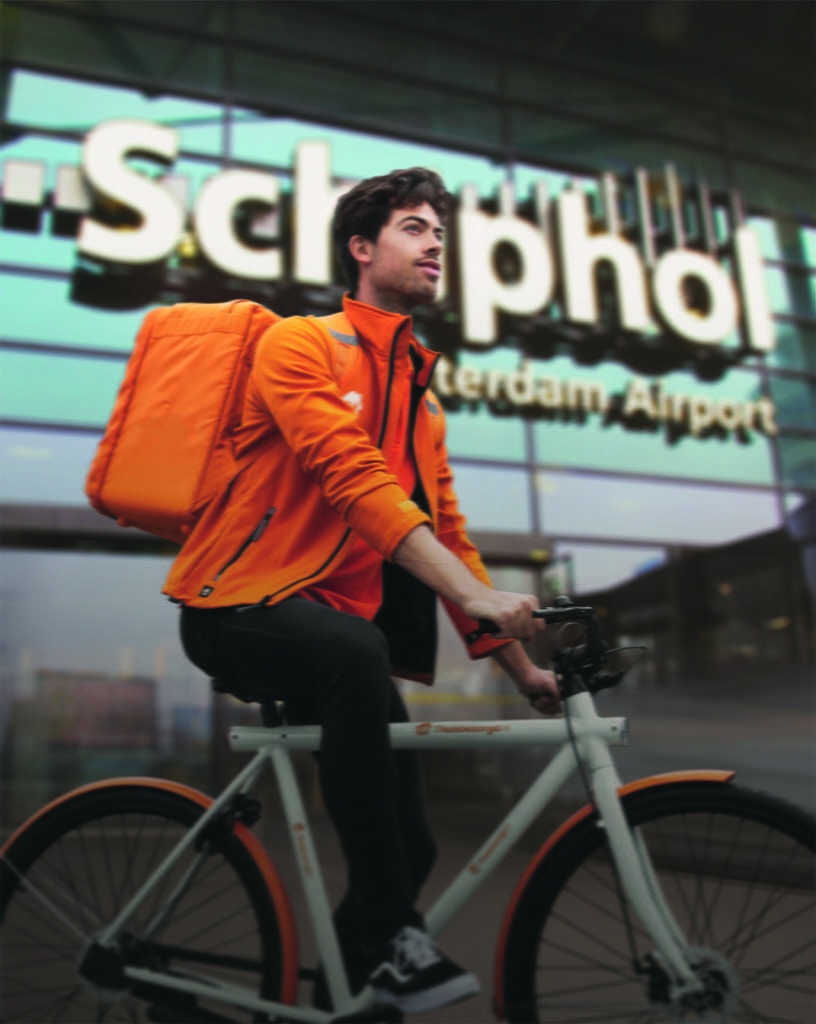 Staff member(s)
Amsterdam
Back to Post-modernism