Making a big deal out of mobility

Making a big deal out of mobility

Mayor of Greater Manchester Andy Burnham on how his 2040 Transport Strategy is piloting his city-region’s journey to sustainable, smart status

That, of course, inevitably means we are making more journeys. Currently we are making 5.5m journeys every day in the city-region, with 3.4m of these made by car. By 2040 this is projected to rise to 6.3m journeys, which would mean 3.8m daily car journeys if nothing is done to provide people with better alternatives. That would mean more traffic jams, more air pollution and more accidents. Our current road network would, frankly, be unable to cope. That is why our 2040 Transport Strategy sets out our long-term vision to increase people’s use of sustainable transport so that in 20 years’ time we would actually be making fewer car journeys than we are today.

However, congestion is already an issue affecting thousands of Greater Manchester’s residents and visitors. Our busy roads mean missed meetings and lost appointments, parents missing the start of school plays and plans cancelled. It’s estimated that the issue costs our city-region £1.3bn every year.

It’s a highly complicated issue: every journey has its own reason, its own start point and destination. The way people travel and when they do it is influenced by a range of factors, such as distance, time, the availability and accessibility of public transport and even the weather. It’s clear that there is not one simple solution.

"Our busy roads mean missed meetings and lost appointments, parents missing the start of school plays and plans cancelled. It’s estimated that the issue costs our cityregion £1.3bn every year"

Part of it requires Greater Manchester having more direct control over its transport network. This is why I am calling on Government to devolve more powers to the cityregion level, including greater control of the local and strategic road network, more control of the local rail network and the ability to regulate private hire drivers, vehicles and operators.

But this political approach can only be successful if Greater Manchester’s residents, organisations and businesses support it. That is why last year I launched the Congestion Conversation to gather their views, find out the how the issues affect their everyday lives and what they thought the priorities for tackling it should be.

It was a valuable exercise, we received over 7000 responses that really brought to the fore the personal impact of long and delayed journeys. It’s easy as policy makers to focus on the large-scale abstract issues, such as the economy and the environment, but the harmful effect congestion has on people’s day-to-day lives is, when you get down to it, what really matters.

We heard stories of people stressed by their commutes, unable to spend enough time with their families, concerned about the effects on their health and unable to regularly get to work on time.

We also heard about what they thought were the primary causes of congestion, including: too many people travelling at the same time, too many short car journeys, uncoordinated road works, poorly timed tragic signals and the lack of alternatives to driving.

I asked Transport for Greater Manchester (TfGM), the city-region’s 10 local authorities and a panel of experts to use the information gathered, alongside other data we had collected, to develop our plan to tackle increased traffic. The result is Greater Manchester’s Congestion Deal.

It is called a Deal because it depends on everyone doing their bit to help cut traffic. Our approach is to focus on people and their behaviour, rather than vehicles. While there are measures to improve the way the road network is managed, and there is investment in new infrastructure, many of the interventions proposed are not traditional transport solutions.

DEAL OR NO DEAL 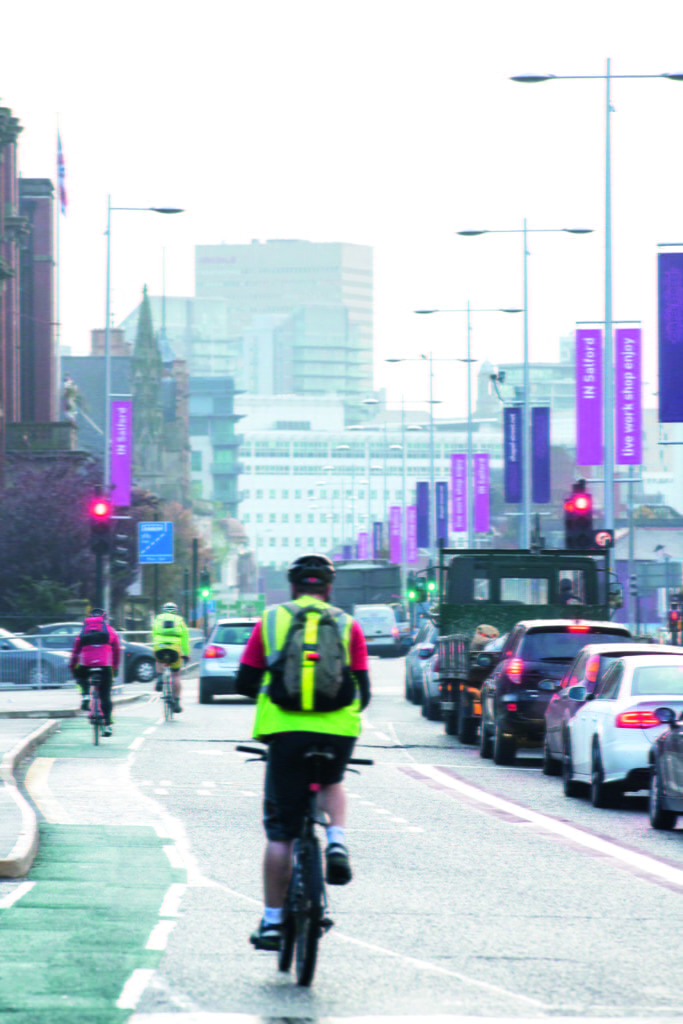 The Congestion Deal has seven key themes. The first is smoother journeys. We want to ensure that there is less stop-start driving, by keeping traffic moving at the busiest time of day. We will do this by delivering a £400m programme of schemes to upgrade junctions and provide new roads to address key bottlenecks. Alongside this there will be investment in new smart traffic signals at around 90 junctions to improve movement on congested corridors. We have also introduced a dedicated Corridor Management Team to focus on the city-region’s most congested routes. They will identify causes of delay and develop solutions to improve the flow of traffic. Highways England have invested heavily in our region, with the new A556 link road on the border with Cheshire and over £200m on Smart motorway improvements.

We also want to make journeys more reliable. Greater Manchester’s transport network is complex and, inevitably, things will go wrong. If people don’t know why their journeys are taking longer it can cause frustration, stress and anxiety. Additionally if people know about possible disruption in advance they can plan their journeys to avoid it. We therefore want to ensure we are getting the right information and sharing it with the right people at the right time. To do this we have expanded the operating hours of TfGM’s transport control centre so it runs 24/7 and bring together multiple transport agencies for a coordinated approach.

We are also launching a new digital service that will update sat-navs and other navigation services, allowing better real-time communication. For example, if there was a burst water main or other emergency road works on Rochdale Road, TfGM would be able to flag that immediately as an incident. We will also be working with people and employers on Greater Manchester’s most congested corridors so we can give them better information on disruption. As we have seen with recent events around Old Trafford, communication during planned events that create significant traffic is also key, so we will ensure we are using all the channels available to us to reach the right audiences. We also want to take tighter control of roadworks through targeted enforcement of roadwork permit conditions and a lane rental scheme, so they are coordinated and finish on time. 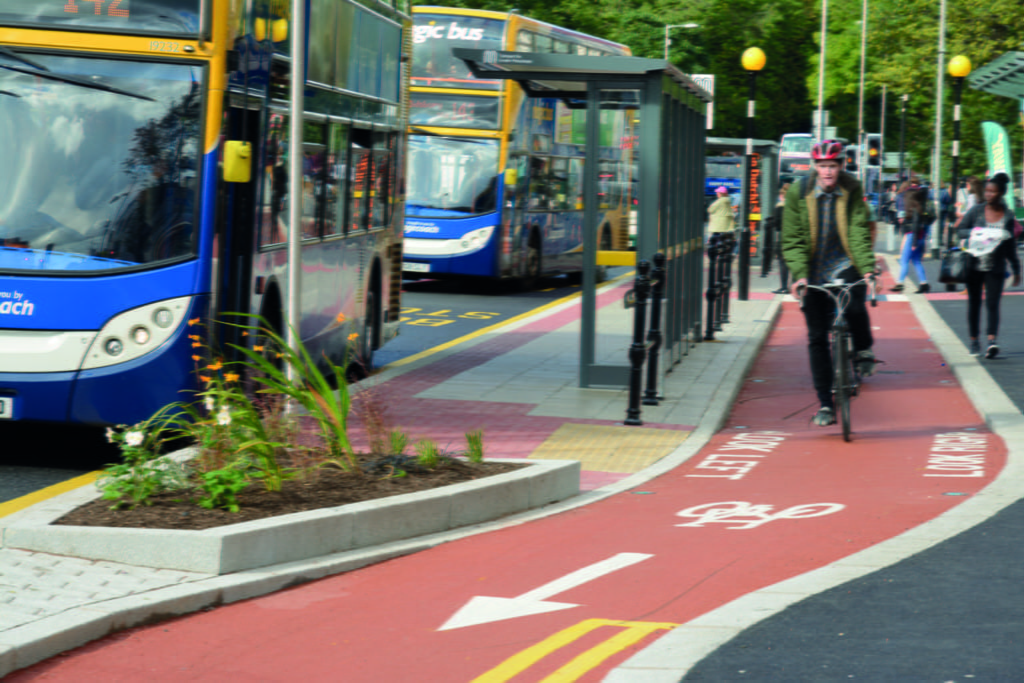 Safety is another priority. Safer roads mean fewer accidents, which improves the flow of traffic. We will deliver the National Driver Offender Retraining Scheme (NDORS) to help reduce dangerous driving. We will also want more people to feel confident cycling by delivering more cycling training courses. People will only use public transport if they feel safe doing so. In the past year we have employed 50 extra TravelSafe police and community support officers to patrol the transport network to reassure passengers and discourage antisocial behaviour.

Getting more people to cycle and walk not only cuts congestion, it also boosts our health and helps cut air pollution. We will complete delivery of the £42m Cycling City Ambition Grant, which will provide new and improved cycling infrastructure. Alongside this £160m from the Transforming Cities Fund has been allocated to take forward the recommendations of Chris Boardman, Greater Manchester’s Cycling and Walking Commissioner, in his Made to Move report, as part of our ambitious city-wide cycling and walking infrastructure plan. Getting more people into cycling and walking at an earlier age is also critical so the Deal will encourage more pupils to cycle and walk to school.

Of course we will never encourage more people to use public transport unless their options are reliable, affordable and attractive. The Bus Services Act 2017 provides me with new powers to reform bus services in Greater Manchester. These new powers have the potential to bring significant benefits for residents and passengers, allowing for greater local control over routes, frequencies, timetables, fares and quality standards. The Leigh to Ellenbrook guided busway has proved to be incredibly successful and we will be increasing the number of buses running during the morning and evening peaks to meet demand. We will also continue to identify other locations where bus priority schemes can be introduced and improved.

The Metrolink expansion to the Trafford Centre will be completed in 2020 and there will be an additional investment of £82m in 27 new trams, to increase capacity across the network by over a quarter.

From January 2019 we will also be introducing a six-minute service on the Ashton line during the week, so even more people will be able to use the tram to get to work. In rail we expect there to be an additional 40,000 seats across the north every day, as the outdated and cramped pacer units are finally phased out. Building on the recently completed programme of interchange improvements at Bolton, Altrincham, Wythenshawe and Wigan we will build new transport interchanges, in Ashton-under-Lyne and Stockport town centres. 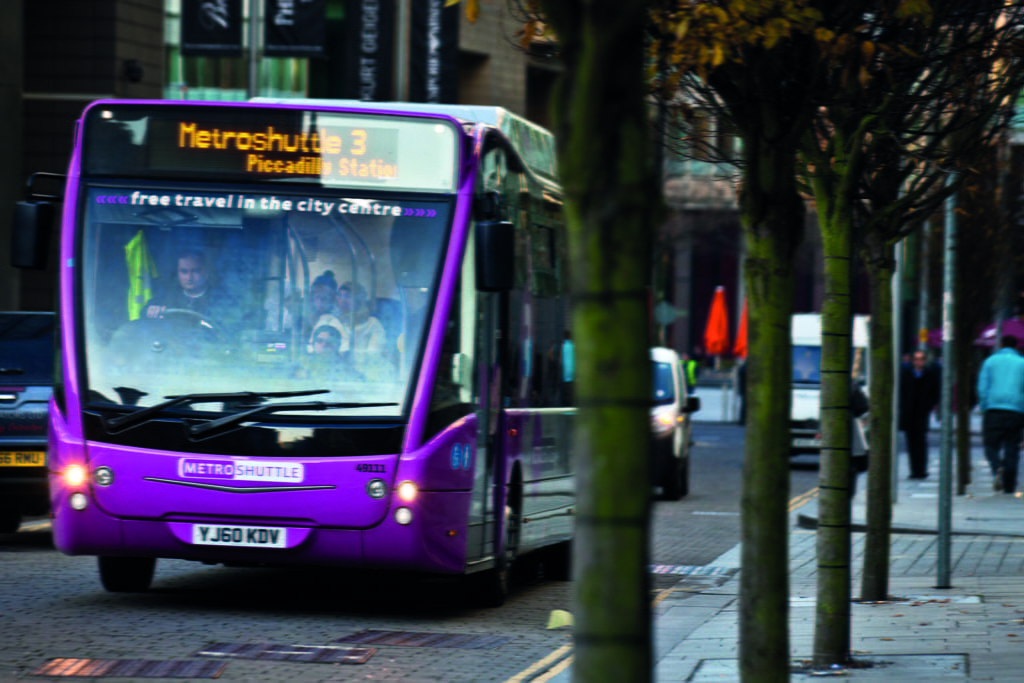 Businesses and other employers also need to do their part. More need to allow flexible working and vary opening hours, to reduce the number of people travelling at the same time.

We will encourage this through the development of the Greater Manchester Good Employer Charter. Over 30 businesses have introduced a flexible start time for staff, or in the process of doing so, including: Kelloggs, Salford University, Talk Talk, Manchester Airport Group and Walker Sime. Additionally, nearly 60 large employers are signed up to Metrolink’s Corporate Scheme to get a further 10 per cent off already heavily discounted tickets on the tram. We also want to work with businesses to encourage their employers to considering different ways of commuting such as cycling, and to reduce the number of deliveries at the most congested times of day. We will work with the communications sector to increase coverage of ultrafast broadband so that people can work anywhere. On Metrolink we will build on the existing corporate discount on annual season tickets and work with employers to simplify and promote the use of free and low interest season ticket loans. We will also be piloting a new cheaper Early Bird ticket to encourage drivers to switch to the tram instead. The offer will be available for those travelling before the morning peak so as to increase passenger numbers but without adding to overcrowding during rush hour. For commuters who choose to travel by car, we will look to expand the car-sharing clubs currently operating in Manchester, Salford and Stockport. To support electric vehicles we are expanding the city-region’s charging network.

Finally we need to ensure our plans are future-proofed and forward-looking. We need to work with developers, construction companies and service providers so that as we grow we do not make congestion worse. This means putting new buildings in the right place and working together to create more attractive places for people. It also means making use of new technology and new solutions to tackle today’s problems. The Greater Manchester Spatial Framework will help ensure that new development is located where it can be highly accessible by cycling, walking and public transport, to reduce reliance on the car, particularly for short journeys. Our Construction Management Plans will ensure developers and constructions companies keep road clear at the busiest time of day and that disruption is kept to a minimum. We have also established a Highways Academy across the local transport sector to develop the skills and work force for the future.

As you can see there is a wide spectrum of measures in the Congestion Deal. There’s no quick fix or single solution to tackling congestion. No major city in the world has solved the problem. But if businesses, bus operators, councils and commuters work together, we can all make Greater Manchester a better place to live, work, visit and travel around. 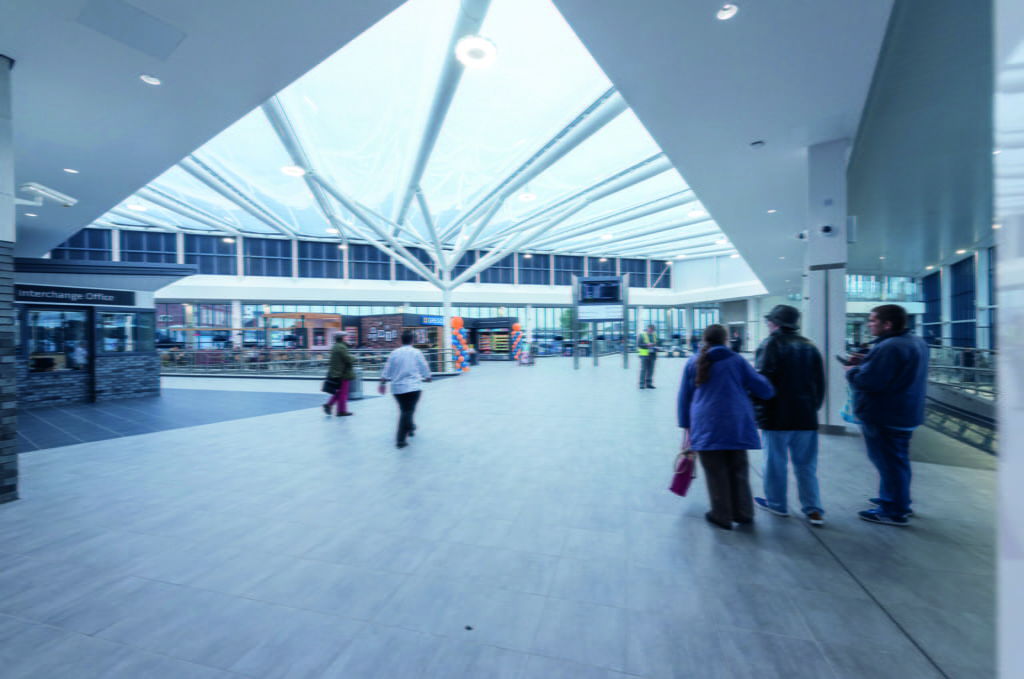 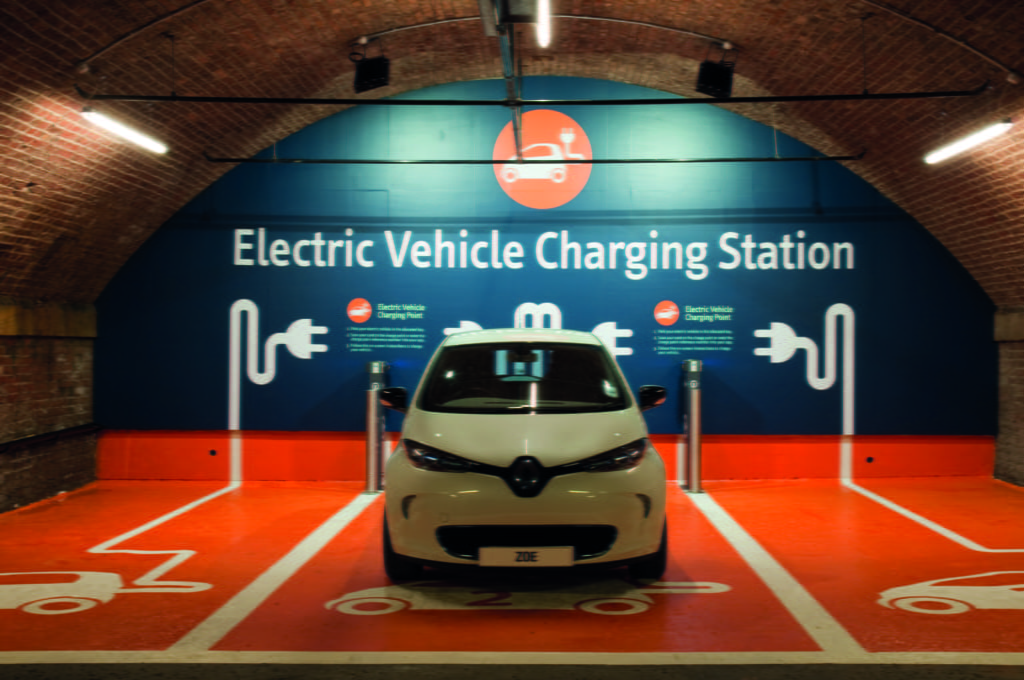 Andy Burnham is Mayor of Greater Manchester. Manchester is the host city of the 2018 Polis Annual Conference. 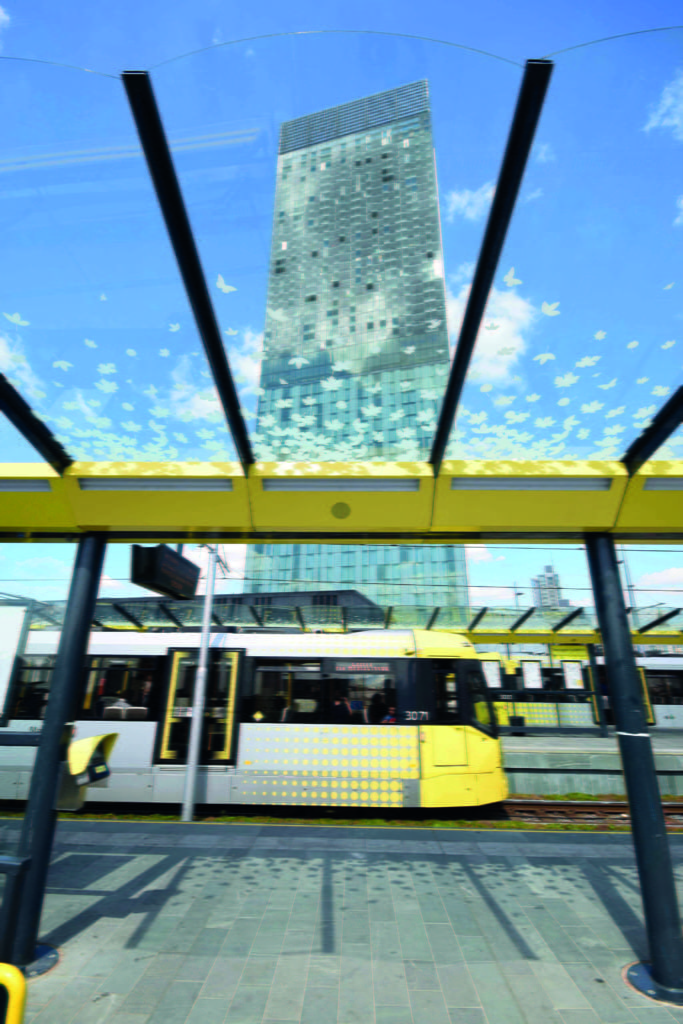