I want one of those

I want one of those

Cycle highways can boost cycle use on longer distances, says Rico Andriesse. This article highlights some important lessons from the Netherlands, namely planning and design

Urban cycling is undergoing a real revival. Cycling facilities therefore need to be updated with investment in public space in (inner) cities. Cycling has become part of a hip, urban lifestyle. That’s logical and coherent, and it’s developing rapidly. In the past few years, a new element has been added: cycle highways on a regional scale.

Even in the Netherlands the great majority of journeys of between 7.5 and 15km are made by passenger car. Transport only has a serious share in the cities; traditional bicycles account for a range of up to 7.5km. e-bikes, in all kinds of versions, are a serious new player in the field [KIM, 2015].

If we want to benefit from this opportunity, the cycling infrastructure needs to be redesigned so that it can cope with more bikes and more speed differences. That’s why the Netherlands has started to develop cycle highways.

Large-scale development of these has been ongoing in the country for almost 10 years now. It varies from creating wide, non-stop cycle highways to upgrading existing cycle paths.

But does it therefore make sense to invest specifically in regional routes, or should cities still be given priority? However, that’s not really the point at all! It’s not a question of whether money should be used to deal with urban cycling bottlenecks or for fast regional routes but whether money is available for regional routes or there’s no money for cycling at all (but there is money for car or public transport projects). Investing in cycle highways then quickly becomes a wise choice.

Creating a cycle highway always begins with an ambitious plan and with someone who aims to get it implemented. That may be the relevant executive councillor or an enthusiastic official within a municipality or region. At higher scale level too, national attention for cycle highways started with just one or two people with a vision and the ambition to make it a reality. That ambition also involves having a programme of requirements for the route and working to create the best possible cycling link via a fast and attractive route. You can always make compromises later. 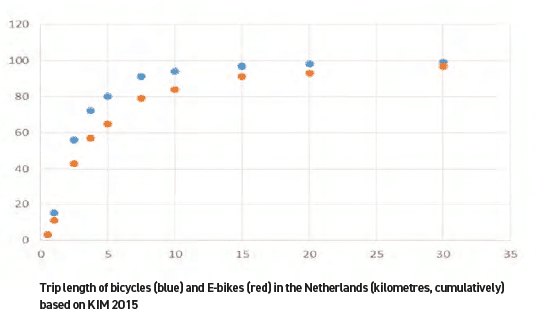 ANALYSE:
What effects will there be?

Arguments for investing in (fast) cycling facilities can vary depending on who you’re talking to, but what they all say is that it’s socially useful to invest in cycling. We know that investing in cycling is relatively inexpensive, certainly when compared to large-scale car and public transport projects.

Every cyclist who cycles further or more often benefits society financially because of the environmental benefits that this generates, and above all the health benefits. That’s definitely the case if the cyclist concerned used to drive (and so now reduces travel time for other motorists) or used to take public transport (and so now requires less funding for his journey). Cyclists are thus benefactors for themselves, for the world in general, and for the remaining car and public transport users.

ANTICIPATE:
Take advantage of the opportunities and developments that occur

What is striking about the successful cycle highways that have been created so far or are being planned is the pragmatic approach to planning, prioritisation, and even routing. Where an opportunity arises for upgrading a promising route into a cycle highway, those concerned often simply go ahead and take that opportunity. For example, the recreation value of the historic dam structure at Nieuwegein has been a reason to construct a bridge over the Amsterdam-Rhine Canal at that point. Construction of a combined water retention area and nature reserve along the F35 offers opportunities as regards the spatial quality of this cycle route, but postponement of a planned new neighbourhood along the northern branch to Vriezenveen can just as easily give rise to different prioritising for that section.

Arguments for investing in cycling facilities can vary depending on who you're talking to, but what they all say is that it's socially useful to invest in cycling

The ideal cycle highway starts at your own front door and ends at your workplace and of course it also goes past your kids’ school and your favourite supermarket! For the authorities as providers of cycle routes, it only becomes worth upgrading the route if enough cyclists will actually make use of it, in other words if they can get enough of them onto the route. The next step is then to select a logical beginning and end for the route. It needs to be a route that cyclists find easy to remember and that doesn’t make them feel that it’s not yet finished (“the cycle highway to Nijmegen University” is easier to remember than the “the cycle highway that starts somewhere between Zoetermeer and Pijnacker”). 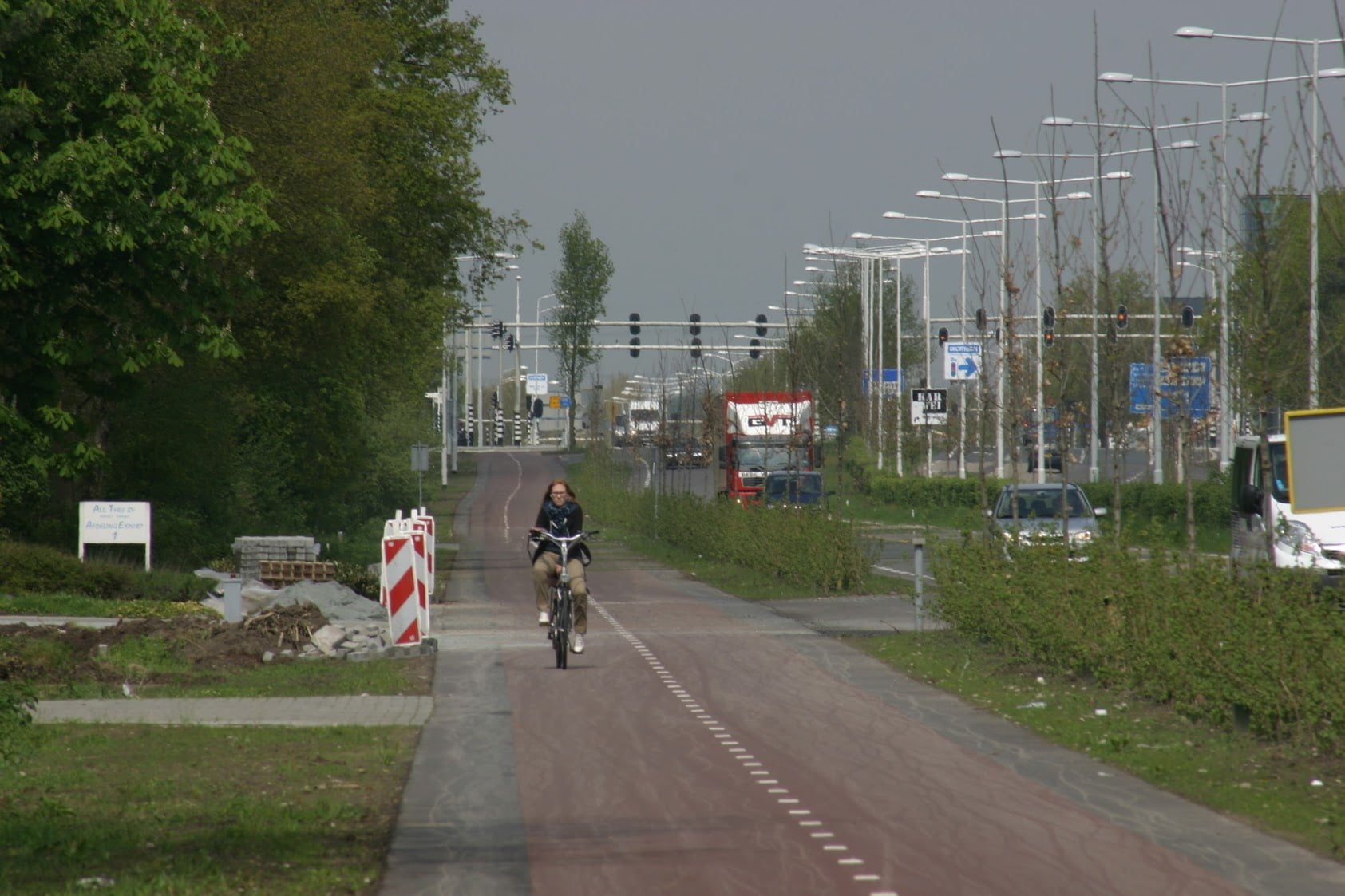 So, the route needs to go from one recognisable point to another, often from one big town to another or to an important feeder point. But that’s not to say that everybody will ride the whole distance. No, most people will use only a section of the route. On the cycle highway between Leiden and The Hague, the biggest growth was on the sections close to the two cities, not on the long section in between them. [Fietsfilevrij, 2010] “Overlapping travel”, just like in public transport.

Cycle highways form the backbone of the regional cycle network, so ensure a good connection from the urban and regional network onto the cycle highway. It’s a missed opportunity if parallel, slower cycling routes are required because the link with the surrounding area is missing. Unlike motorways, you can fit cycle highways into built-up areas effectively without compromising the quality of life for residents or road safety. It’s only the very narrowest streets that aren’t suitable for a cycle highway. All the other streets, from neighbourhood level, are generally very suitable. But then you shouldn’t refer to them as a fast route for cyclists and certainly not as a cycle highway, because that will cause a lot of trouble. At lower car volumes and speeds they should be referred to as a cycling street; on local access roads as a parallel cycle path; and in the park or other green areas as a solitary route. 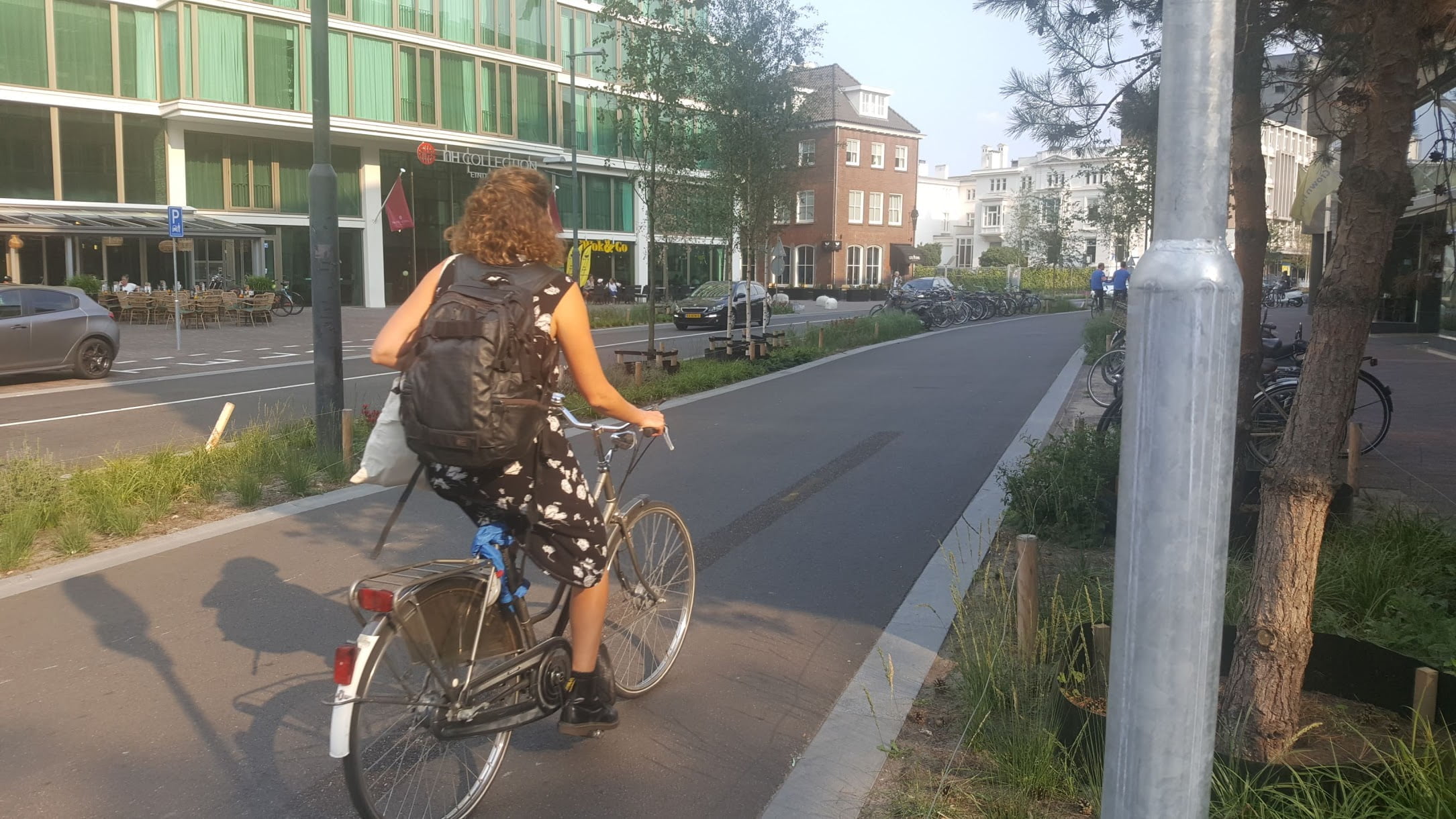 COMMUNICATE:
Plan in collaboration with everyone involved

A great deal is possible if there’s effective cooperation with partners, stakeholders, and residents. Where are the really awkward problems and how can you solve them? 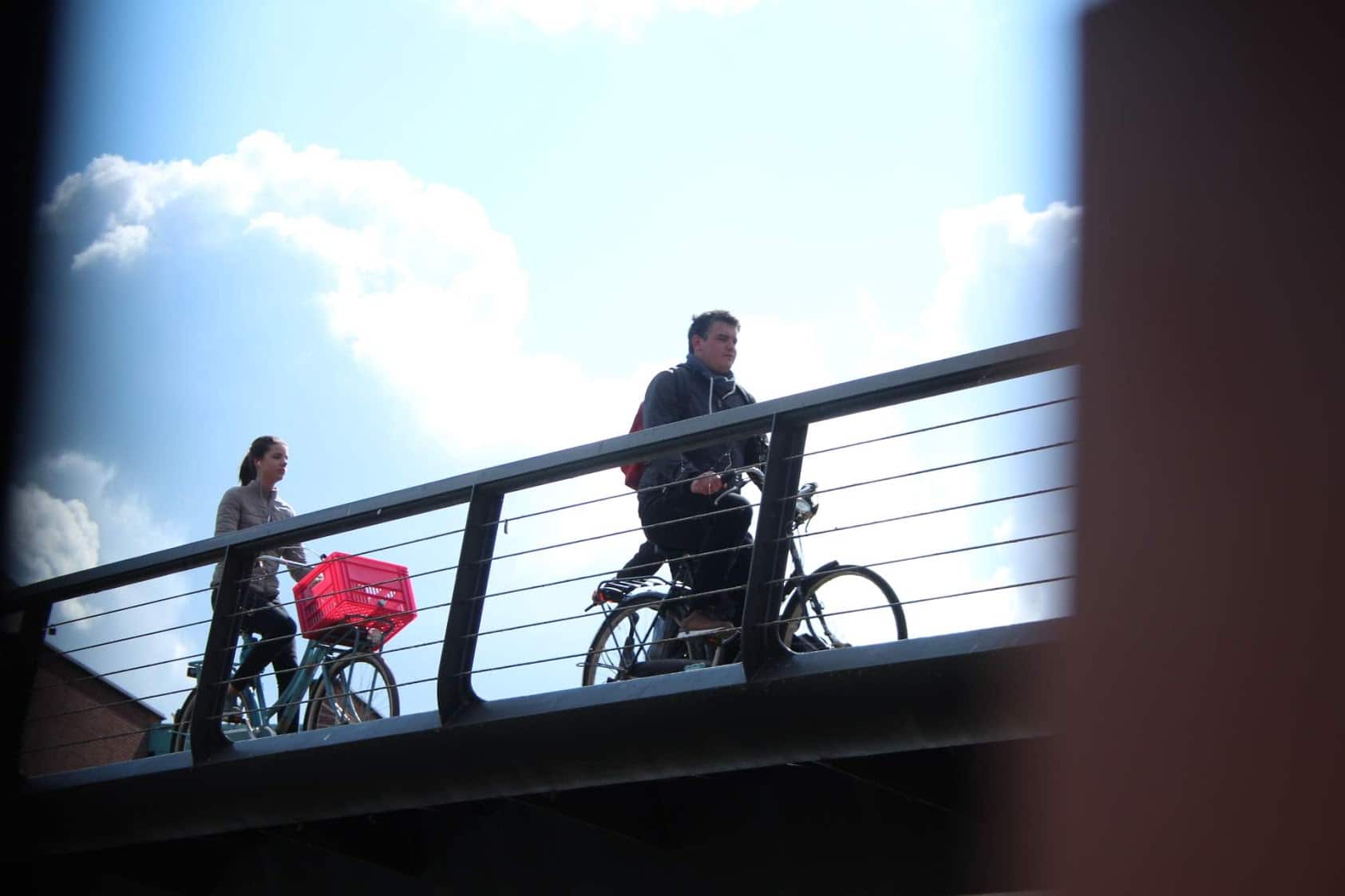 CREATE:
Make it great! – something faster and more attractive, with and for local people

If it’s a good one, then a cycle highway is not just a route that allows fast cycling. If everything is coherent, then the route as a whole will be recognisable for cyclists and for others. An attractive spatial design will ensure that the route is attractive for cycling and fits in well with its surroundings. It creates a connection between various sets of surroundings.

Behaviour-forming measures can support and complement infrastructure measures. Creating a new cycle path or upgrading the existing structure invites people to cycle more. To ensure that more potential users of a route actually do cycle and keep cycling, it’s advisable not just to utilise infrastructure and communication but also to influence people’s behaviour. 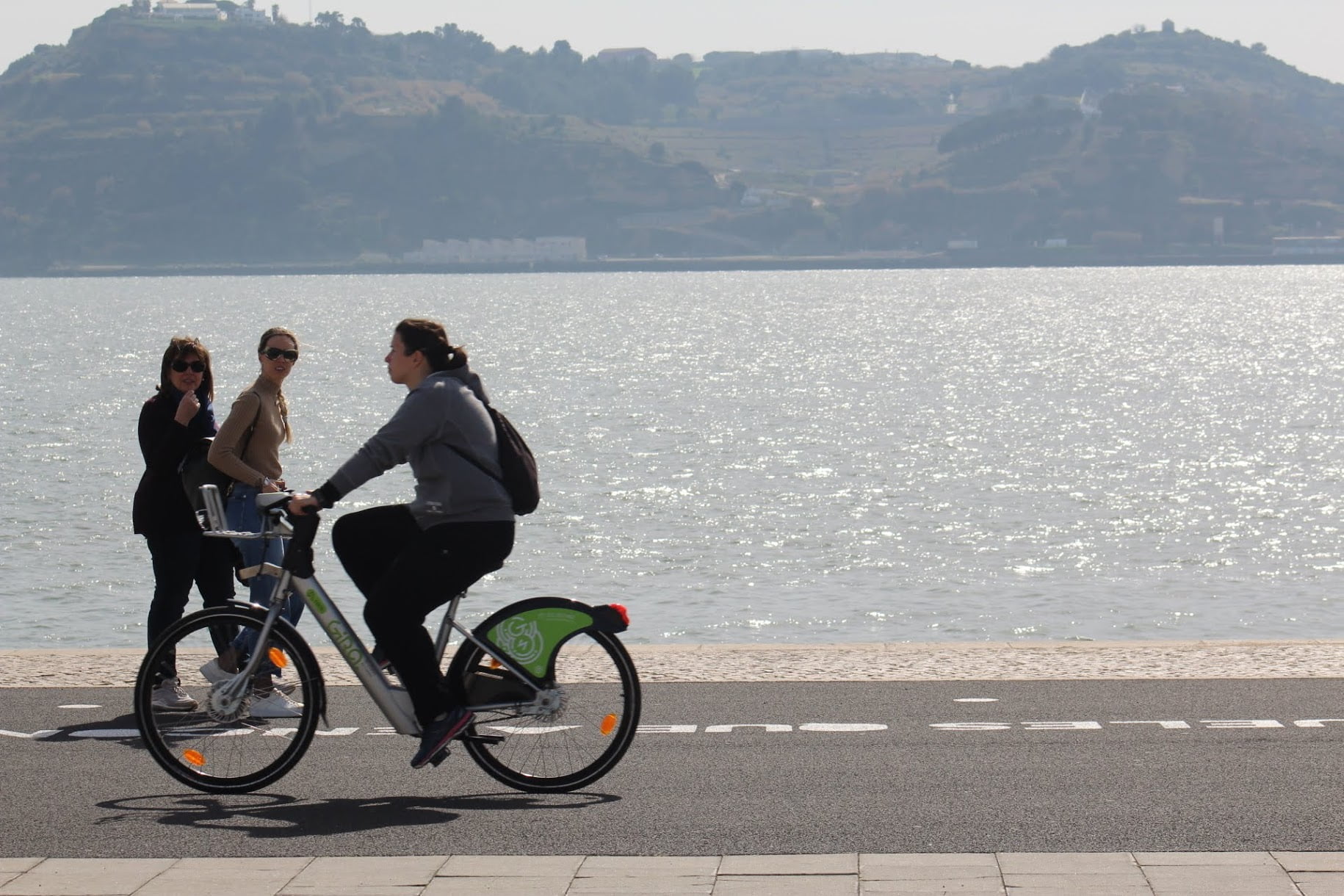 An extended version of this article in Dutch can be found on https://www.goudappel.nl/actueel/fietsfeuilleton/ 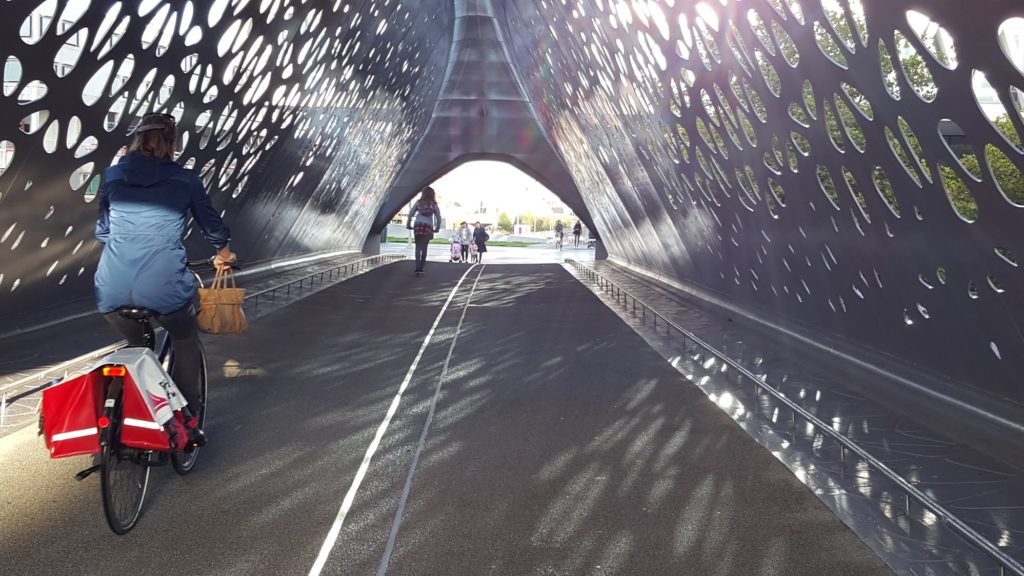