Harmonise to overcome hardship: The role of UVARs

Harmonise to overcome hardship: The role of UVARs

Urban Vehicle Access Regulations (UVARs) have made significant progress in combatting pollution in cities and regions. POLIS’ Niklas Schmalholz assesses how UVARs can coordinate sustainable mobility between and within municipalities.

Imagine a city with fewer cars. It is a dream for many citizens, but a big effort for city planners. UVARs are often seen as the holy grail for reducing the volume of passenger vehicles throughout inner cities in Europe. These measures, which prohibit or limit vehicular access above certain sizes, levels of emissions or standards to urban areas, are decided individually by urban municipalities across Europe.

Another challenge occurs when it comes to travelling between cities and regions, and above all, when there is a lack of easily accessible and understandable information on such measures. You cannot believe it? Let us consider two hypothetical situations to show you the wide effects that missing in action UVAR data can cause.

Pim & Françoise – From Paris, with (pulled over) Love

A dream couple (in every possible way, as it is a fabrication) is made by Pim, a Dutchman, and Françoise, who is French. They met as students in Amsterdam, got engaged, had two children, and now live in the city suburbs. As the Dutch capital offers a well-functioning public transport system and plentiful bicycle paths, Pim and Françoise do not use their old car all that much – more specifically, a 15-year-old delivery van, which they converted into a camper a couple of years ago. Last summer, however, Françoise wanted to visit her family in Marseille – travelling by van was the best solution for the couple and their kids.

On their way to Marseille, with the kids asleep in their seats, the couple decided to make a romantic stop-over at the Eiffel tower in Paris. The navigation app on Françoise’s smartphone took them to the Paris landmark; however, they found themselves pulled over as they had (unwittingly) illegally got themselves into a low-emission zone. In addition to paying a hefty fine, the young family ended up staying at a park & ride outside of the city, with the possibility to enjoy the beauty of the Dame de Fer only by accessing Paris via regional train. 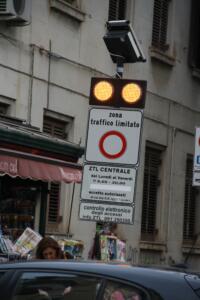 The (imaginary) German freight forwarder Schulze & Schulze GmbH is specialised in B2B logistics and operates in Germany and its neighbouring countries. As many of the clients are based in urban areas, the company has established its own UVAR database for their truck drivers. This information was compiled by interns and their IT-department and it was procured from their clients, as well as form freely available websites. As the company and its customer network expanded and the number of UVARs rapidly grew, maintaining the database proved to be increasingly time-consuming. One day, truck driver Hans-Peter accidently drove into a regulated zone in Warsaw, landing the freight forwarder with a four-digit fine.

These two stories may just be hypothetical scenarios, but they are still quite believable and realistic. Indeed, the potential real-life repercussions of missing out on UVAR information can be serious for both private citizens and businesses across the EU. The patchwork of local regulations, which include more than 700 UVARs and several thousand other traffic limitations, can be a burden for non-residents.

Besides, authorities designing and implementing UVARs frequently encounter difficulties in their enforcement, and infringement is high among drivers who are not aware of the schemes. Moreover, the European Commission receives numerous complaints from frustrated drivers about penalties and lack of information.

So, what is the solution? The fix that would lead to less infringements of rules, better route-planning, and more efficient business decisions would be a European-wide, open-source and machine-readable database of UVARs of all 27 Member States, which should be accessed by various digital solutions or devices and regularly updated via a centralised server. 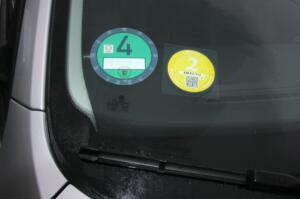 German ‘Umweltplakette’ and a French ‘Crit Air’ emission sticker, which indicate the category of emission pollutants of a vehicle, © Lucy Sadler

This shared source may be right around the corner! The EU-funded project ‘UVAR Box’ aims to lay the ground for such digitisation efforts by using a single aggregated database to store all data in a standardised format, called DATEX II. As the project has limited duration and manpower, it will use five countries as pilots for the first round of data conversion – Germany, Belgium, the Netherlands, Italy, and Austria. It will then enlarge its outreach to external stakeholders in the process of tools’ set up and use.

A dive into DATEX II

The project will be coordinated by a diverse group of project partners, ranging from technical experts, national providers of mobility solutions and interest groups like POLIS Network. Meanwhile, national level coordination will be led by a group of so-called ‘country coaches’ – expert organisations, that will focus on the gathering of the necessary data at a national level.

The project is an essential stepping-stone that will foster cooperation between a range of stakeholders. Nevertheless, one needs to keep in mind that it does not yet provide an all-encompassing solution for the problems faced by freight forwarders or tourists. Thus, the project partners hope to increase the prominence of this topic so that an expert group will eventually pick up the task of collecting and centralising the UVAR data.

"‘UVAR Box’ supports authorities in converting their regulations into a single European-wide agreed interoperable data format that could be easily used by European service providers. A format that would enable travellers to receive highly accurate and actual information on existing and active vehicle access restrictions via their smartphone-apps, navigation systems or on the internet."- Martin Böhm, Head of Business Unit Digital Infrastructure & Data at AustriaTech

One might argue that the digitisation of around 700 UVARs across Europe should be rather straightforward. Unfortunately, the devil is in the detail. The European Commission defines UVARs very broadly as 'measures to regulate vehicular access to urban infrastructure’; as such, several techniques and typologies have been adopted across urban areas to regulate vehicles’ access – in this broad spectrum, even pedestrian and ‘no-parking’ zones would be included. And, speaking of pedestrian and ‘no-parking’ zones, as many cities host some form of them, the project would face a substantial and elaborate analysis task when considering all the available exceptions. An additional obstacle would be ensuring that public authorities provide accurate UVAR information in a digital format. 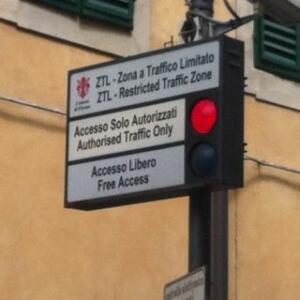 As Martin Böhm explains: "Currently, authorities follow their obligations, and although the provision of digital regulations is no direct obligation, most authorities are interested in making the information digitally available". A supplementary task is to guarantee that the ‘UVAR Box’ data will be considered as a viable source, as providers of traffic information have neglected the available data from National Access Points in the past. 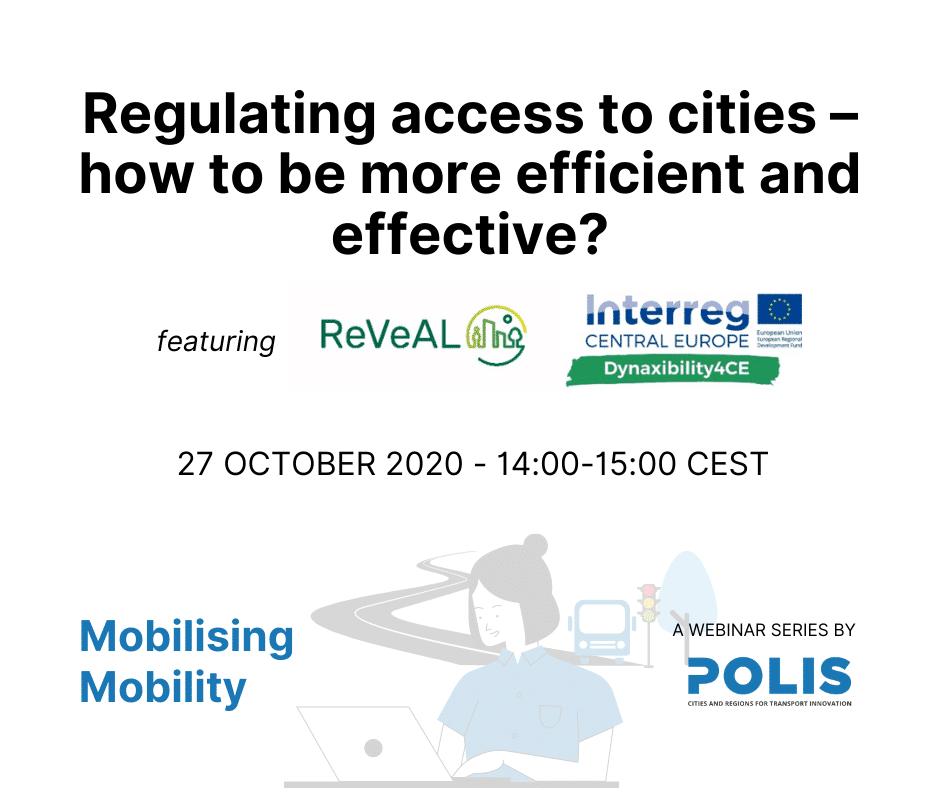 In a webinar specifically designed to address the complexity of UVAR regulation, POLIS brought together experts from across the urban mobility sector to discuss how UVARs are evolving, exploring what cities (and the EU) are doing to make these zones more understandable (and thus more efficient) to use. The webinar was part of POLIS’ Mobilising Mobility series that has provided a platform for urban transport stakeholders to learn, discuss and share valuable experience and knowledge on how to integrate new transport solutions in local mobility policies.

Check out the webinar here.

Supporting the grassroots movement with a bit of patience

‘UVAR Box’ should be considered as a first EU-wide, bottom-up harmonisation of urban transport policies. It will create a European framework for the very divisive field of access regulations, while leaving room for manoeuvre to the urban municipalities, which will be allowed to pursue harmony by being able to put their spin to it.  Even though it sounds peculiar, UVARs could be considered a grassroots movement from the perspective of the European Commission. Thus, an EU-wide framework would enhance these newly created structures beyond the mere digitalisation efforts, as ‘UVAR Box’ also creates structures between the National Access Points, federal states, regions and urban municipalities.

Nevertheless, one should not expect a rapid digitalisation and political coordination process but should consider EU-funded projects such as ‘UVAR Box’ as a starting point for a digital framework that will further develop in the future. One could say, ‘all in good time’.

POLIS Network focuses on UVARs as an efficient policy measure to drastically reduce or contain the amount of private and commercial vehicles in inner cities. Since every city has individual demands and challenges related to the establishment, maintaining and enforcement of UVARs, it is critical for POLIS to provide the maximum of information about UVARs. Furthermore, exchange of best practices and data is considered extremely vital for the smooth implementation of these access regulations. 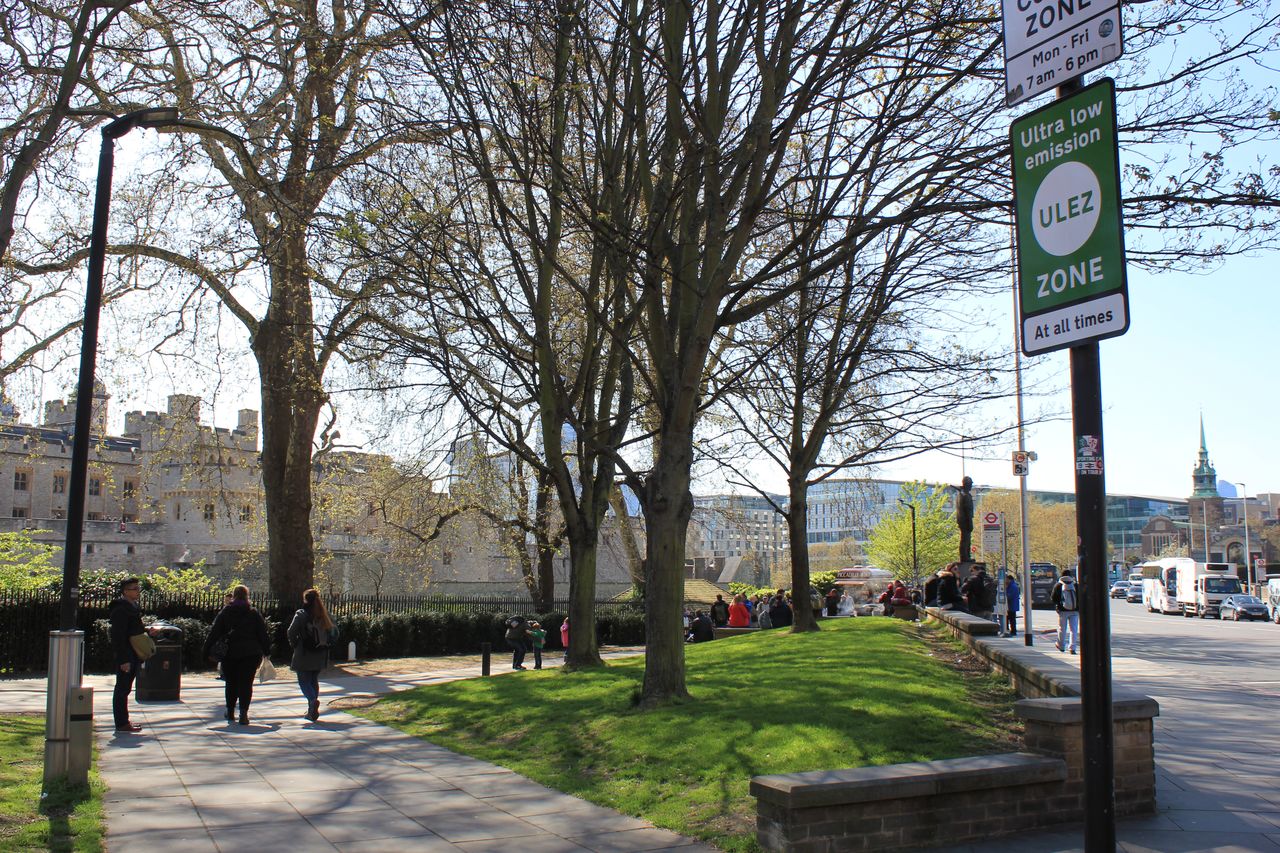