Polis President, Transport for Greater Manchester, won the 7th EU SUMP Award, while Dresden and Basel were the runners up at a ceremony presented by European Commissioner for Transport, Violeta Bulc, in Brussels on 21 March 2019. Thomas Mourey takes a look why the three cities were successful in the face of stiff competition

In brief Transport planning in the Canton of Basel-Stadt in Switzerland impressed the jury of the European SUMP Award: the jury named Basel as a finalist of the 7th SUMP Award recognising how Basel emphasizes multimodality in its sustainable urban mobility planning.

Basel has a long history of promoting sustainable urban mobility and multimodality. As the canton lies just on the border with two European neighbours Germany and France, the local authority plans transport and mobility in a particular context that involves differences in policies, languages, transport rules and planning approaches. Despite these challenges, Basel developed an outstanding plan integrating the region’s transport system into a single operating network that connects three urban areas.

Urban mobility planning has a long tradition in Basel. Promoting the use of different modes including cycling has been a major objective of the authorities since 1975. Thanks to continuous initiatives, the current modal split in the canton Basel-Stadt is balanced and shows that longstanding efforts to promote public transport and active travel modes have been effective. In 2015, the canton of Basel-Stadt accounted for the following modal split: cars 22%; public transport 27%; cycling 17%; walking 33%. Basel’s first Sustainable Urban Mobility Plan (SUMP) is currently in the implementation phase. It aims at making the canton even more attractive for citizens, visitors and businesses. At the heart of the SUMP are the goals defined in the cantonal constitution:

The SUMP is also considering the cantonal environmental goals: to protect people and the environment from noise and other unpleasant and harmful emissions. Additionally, the results of a referendum held in 2010 reinforced the sustainable approach of the canton Basel-Stadt in its transport planning process. Citizens voted for a 10% decrease of the traffic flow of privately owned cars by 2020. This was incorporated into the Environmental Protection Act.

Based on these requirements, four overriding goals have been defined:

This translates into measures favouring sustainable and space-efficient transport modes not only for short trips within the canton but also for longer trips, for which convenient, efficient and sustainable alternatives are available. 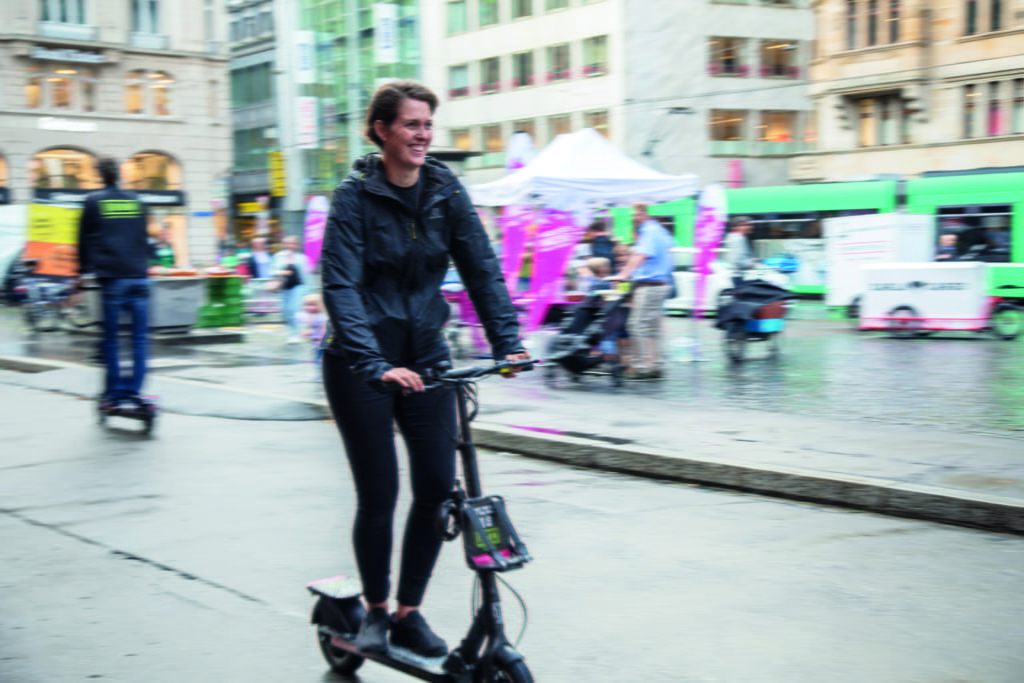 The implementation phase began with an action plan for 2015-2017 that included specific measures and projects for this period of time. In June 2018, a report analysed the status of implementation and achievements of those first measures. It went on to define the measures and projects scheduled for the next three-year period covering 2018 to 2021. This approach allows Basel to keep a flexible yet efficient approach by planning, implementing and monitoring different measures at the same time. It also enables the canton to adapt targets and plan for new developments and technologies.

The canton Basel-Stadt has put a lot of effort into integrating multimodality in its sustainable urban mobility plan. The main motive behind is to reduce commuter traffic and limit congestion during peak hours while promoting sustainable, eco-friendly and spaceefficient alternatives.

For example, a Combi-ticket system for car parking and public transport (https://www.tnw.ch/service/citypark-and-ride) was implemented to encourage people moving in the city without their cars.

The most effective and durable measure has probably been the creation of the Pendlerfonds (commuter fund) that collects the revenue of parking management.

This fund is used to finance projects within the whole tri-national agglomeration of Basel that have a proven positive effect on commuter traffic to and from Basel. Among the projects funded and implemented in this framework was the creation of Bike & Ride (B&R) and Park & Ride (P&R) facilities in strategic regional railway stations throughout the agglomeration of Basel. These initiatives aim at making sustainable alternatives for SUMP.indd 61 31/05/2019 11:17 62 thinkingcities.com commuting more user-friendly and straightforward. Since the fund has been established in 2012, a total of 394 bicycle parking spaces and 966 car parking spaces have been co-funded at a number of railway stations.

Basel is planning for the whole trinational agglomeration. In addition to the P&R and B&R facilities, two tramway lines have been extended to the neighbouring countries, to Saint Louis in France and to Weil am Rhein in Germany, facilitating seamless crossborder commuting. It is foreseen to further expand and optimise Basel’s transnational connections through the improvement of the regional railway network (S-Bahn). 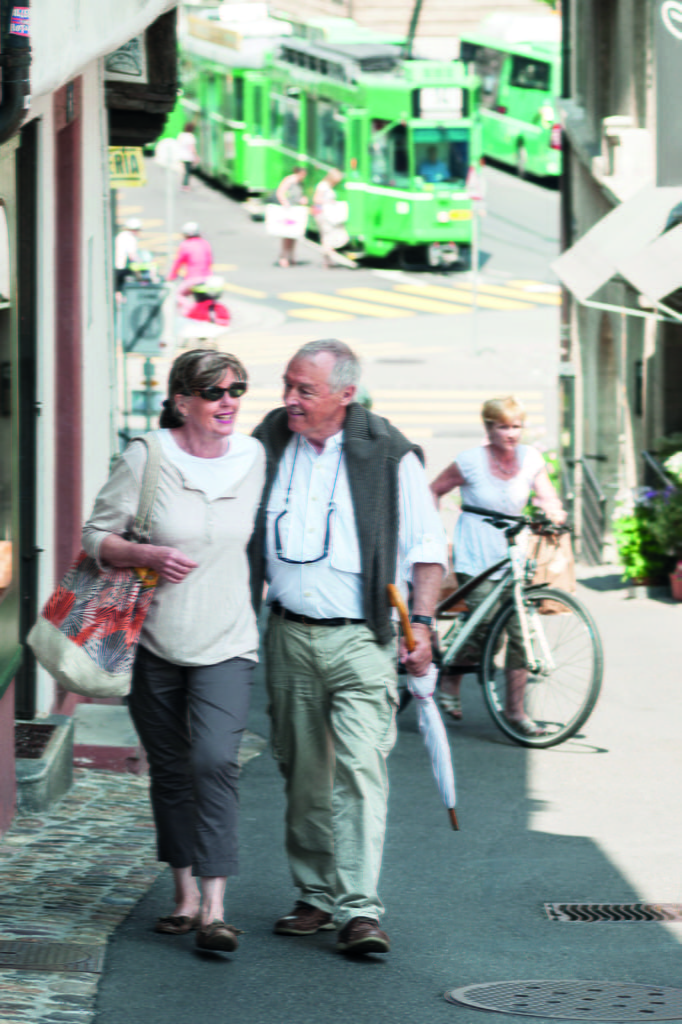 Positive results have been obtained by implementing measures from the SUMP in the first three years. Some examples include the reduction of car traffic on urban streets while witnessing economic growth in the canton. Basel also receives outstanding ratings in surveys capturing people’s assessment of the quality of life in their city, and accounts advanced accessibility of the region, especially with public transport.

A significant increase in the number of cyclists and the noticeable improvement of road safety and air quality are further improvements suggesting the effectiveness of the transport strategy and the SUMP.

Car ownership in Basel is below average with 334 private cars per 1000 inhabitants. About 52% of the households are car-free and use or combine various transport modes.

The system to review, adapt and define specific goals and interventions every three years enables the authorities to consider new technological developments and respond to new trends through the plan of action. It is expected that, by continuing to follow the SUMP and implementing the measures, targets will be met, and results will benefit not only the inhabitants of the canton Basel-Stadt but also the surrounding region and, at a bigger scale, the climate.

Shared mobility services are developing in Basel and various car-sharing companies operate. These services will be further extended to include sharing electric vehicles, e-bikes, bicycles, e-scooters and cargo bikes.

The selection of Basel as one of the three finalists of the 7th EU SUMP Award on multimodality reflects the inspirational character of the canton. The jury highlighted the fact that Basel can be considered by other European cities as good practice example in urban mobility planning. Basel is a demonstration that a planning urban mobility on the long term delivers results. 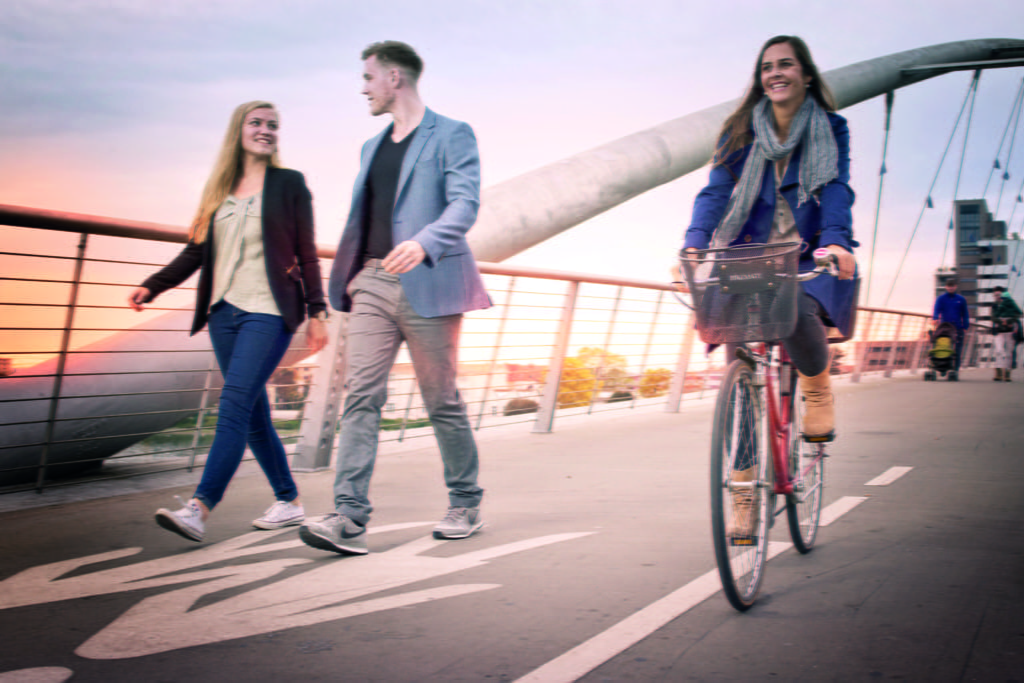