V2X is the energy revolution electric vehicles need, according to Alan McCleave

Electric Vehicles (EVs) are finally breaking into the mainstream. As EVs become more powerful and practical, we are fast approaching a point where EVs will be a common sight on our roads. Government incentives have also had a big part to play in shifting consumer sentiment towards EVs, with targets set to completely ban sales of traditional fuel vehicles by 2040. This soaring demand has started a race within the automotive industry to produce EVs on an unprecedented scale.

While this is great news for everyone who has pushed for a transition towards EVs, producing enough of them was only ever half of the puzzle. There remains a number of hurdles that need to be overcome to turn the EV dream into a reality. One of the major factors to consider is how we power them. At the moment, it’s not as simple as plugging your car into a wall socket and charging your car’s battery. Instead, the UK’s charging infrastructure network is considerably more complicated and is in need of a more consumer-friendly approach that is both easy to use and understand. These are serious issues that will need to be addressed in the long run to facilitate a successful transition to e-mobility en masse, but there is one concern that stands above the rest. Namely, the question mark over how the UK’s (or indeed any country’s) national electric grid will be able to cope with demand if every driver began using EVs. This is a legitimate concern and all the evidence supports the fact that the mass adoption of EVs would place too much strain on the national grid during times of peak demand, like in the evening when people are arriving home from work.

This does not mean an EV revolution is unattainable, however. Within the industry, an answer to this issue exists, known as Vehicle-to-Grid (V2G) technology. In essence, V2G technology would enable EVs to evolve from a form of transportation into mobile power plants, capable of giving energy back to the grid when it was not being used. This means EVs could help support the balancing act between electricity demand and supply by adjusting their charging levels second-to-second in order to maintain a steady voltage and frequency. Taking full advantage of this will require new market rules, but the majority of EVs could provide valuable services to the grid, and, in theory, would be able to respond more quickly than existing power sources.

Though V2G offers a solution to the biggest problem facing the transition towards EVs, the initial technology was not without its limitations. The current generation of V2G chargers are highly impractical to install, requiring deep trenches in the ground to be dug as part of the process, and only available in industrial-sized units, meaning they were unfit for home installation. This meant V2G was off limits to the majority of the public, greatly prohibiting its effectiveness as the technology was incapable of supporting the national grid during times of strain.

Now, a new advancement in V2G has just been announced to the public market. Vehicle-to-Everything, or V2X as it’s more commonly known. V2X encompasses aspects of V2G technology but takes it to the next level in both accessibility and efficiency. Occupying little more space than a mini-fridge, V2X units, like those developed by NewMotion, are characterised by their small size and lightweight design, making the device is suitable for easy installation in private homes, offices and many other locations. As such, V2X represents the point where V2G could become a truly consumer technology.

This opens up a huge new realm of possibilities in the way we utilise energy stored in our EVs. Despite persistent myths about the limitations of EVs, contemporary EV batteries are capable of storing huge amounts of electrical energy. In fact, an EV battery, like that in the Nissan Leaf, can power an average household for up to four days. As such, a home fitted with a V2X charger could be fuelled by an EV during times when the grid is under pressure and electricity is more expensive. So, not only will this ease the burden on the grid, but it could also save people money on their electricity bill.

As well as circumventing national grids’ capacity issues, V2X could also solve problems outside of the transport sector. It’s a common understanding that renewable sources only generate energy under a very particular set of circumstances – when the sun shines, when the wind blows, when the tide comes in, etc. Currently, there is a huge waste of renewable energy as we are unable to properly store or fully make use of it during the times when it’s being produced. For example, by drawing power during the daylight hours when solar output is greatest and then putting it back into homes during the evening, EVs could use V2X technology to help create a sustainable energy chain underpinned by renewable sources.

How we better harness the potential of EVs is a great opportunity. Most cars are stationary for 90 per cent of the time. EVs have the ability to provide additional utility during this time and V2X can be the key to unlocking this. By empowering EV drivers through V2X to take a more active role in the way we store and utilise electrical energy, we can spark an energy revolution to go hand-in-hand with the revolution taking place on our roads. It will require a change in mindset from commuters, but one that will benefit the next generation of drivers on UK roads considerably. 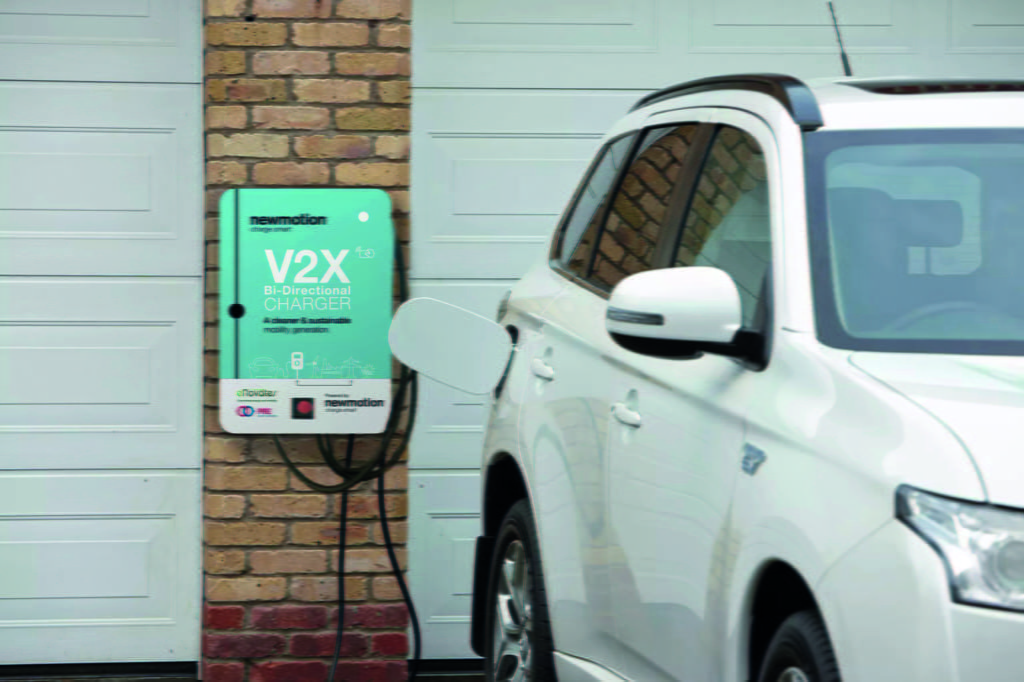 Topics
Health impacts of transport
Back to Everything is illuminated