Driving e-Mobility in Lille Metropole: investing in charging stations in suburban areas to improve uptake and unlock the market, by Théo Fievet

This demographic makes it more difficult to set-up and efficiently run a dense and frequent public transportation network all over the territory. Therefore, the need to drive is still high and the data on the average distance travelled between work and home shows this (6.2km on average during week days in 2016). Such traffic leads to air pollution and congestion problems within the metropole.

Lille Metropole has already taken steps to tackle this by running most of their public bus fleet on natural gas (NGV), which in turn is made from local waste. For them, the next important step to improve air quality is to introduce electric cars as they see this as the most viable option for light vehicles until hydrogen powered engines can be further developed and NGV infrastructure (mainly gas stations) can be further developed.

EVs are predicted to have a great future ahead, but as far as European cities are concerned, it is much easier to find EVs in the media and political commitments than in the urban environment where they are most needed. In Lille Metropole, the diagnosis showed a discouraging prognosis: although a large percentage of metropolitan citizens are willing to invest in a personal EV, this good-will is cut-off first by the extra cost of such a vehicle (on average €8000 extra compared to a standard vehicle), by the fear of running out of power (range anxiety) and by the lack of charging stations. On the supply side, private charging station developers were not willing to invest before seeing a net rise of EVs in Lille Metropole - the dictionary definition of a vicious circle.

"215 charging stations (on which two cars can be plugged in at once) are necessary to unlock the full potential of EVs. This number corresponds to one spot in public space for every 3,000 inhabitants" 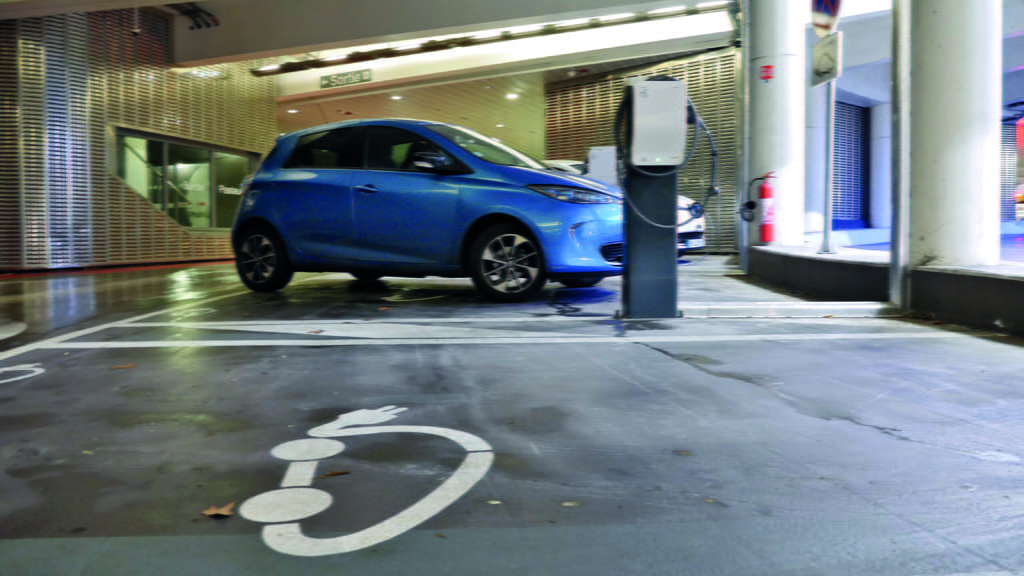 LOCAL GOVERNMENT TO UNLOCK THE MARKET

SHARING THE BURDEN WITH THE PRIVATE SECTOR

Over the whole metropolitan area’s public main roads, 215 charging stations (on which two cars can be plugged in at once, hence a potential of 430 charging spots) are necessary to unlock the full potential of EVs. This number corresponds to one spot in public space for every 3000 inhabitants, as recommended by ADEME (Agence de l’Environnement et de la Maitrise de l’Energie). To reach this ambitious number in reasonable time and budget, a winwin-win (citizens, private and public stakeholders) agreement has been found with Groupe Bolloré2 to share the distribution of charging stations between urban areas and the suburban zones of the metropole: 167 stations will be installed by the Groupe Bolloré in municipalities of more than 5000 inhabitants (representing 90 per cent of the population of Lille Metropole). The remaining 47 charging stations are provided by Lille Metropole and are foreseen to cover the least dense areas, where private individual car ownership is most needed. This will ensure coverage over the territory and at least one charging station in the centre of each snall town in the metropole. While private charging stations will start mushrooming by the end of 2018, all of the publicly owned 47 stations are now running. This operation has been possible through close cooperation with regional and national stakeholders: 80 per cent of the investment has been subsidized by Hauts-de-France Région and by ADEME.

These public stations are integrated into a regional offer (former Nord-Pas de Calais Région) to ensure similar prices (set by Hauts-de-France Région) and services (paying card, mobile app) with the 300 stations in the area, including other cities in north of France (Arras, Douai and Boulogne among others). The Metropole will ensure that interoperability and price similarities will be guaranteed with Bolloré’s stations.

Stations on public domain (streets, municipal roads excluding highways and managed by local authorities such as Lille Metropole) answer a very necessary but specific need: a relatively quick 30 to 60-minute full charge/recharge. This enables travellers or commuters to stop for a few minutes and have enough power to reach their final destination, either the workplace or home, where they usually stay for several hours and are equipped with a private charging spot. Stations on street parking spots or squares directly accessible without gateways are tariffed accordingly: consumers are charged by occupation time even if the car is fully refilled to ensure a better turnover of vehicles. For longer occupation of charging stations outside the home and workplace, large parking lot infrastructure (mostly underground in the city centre) directly owned by Lille Metropole or its cities (Lille, Roubaix, Tourcoing) enable the development of charging stations in a clearer way. Today, Lille Metropole’s ambition is to make all off-street parking lots (operated by different private operators under a delegation of public services) equipped and delivering charging options for at least 12 EVs each at a time.

Alternatively, Park & Ride facilities are ideal for suburban EVs owners planning a day in the city centre. To ensure multimodality, Lille Metropole has 10 Park & Ride facilities with car parks connected to public transport hubs among which two are already equipped and the other eight to be delivered before 2019. There, users can leave their car for about 8 hours when a slow charge is possible. The price for this type of service is still debated and making it free for EVs owner is an option that the authority of Lille Metropole is considering. 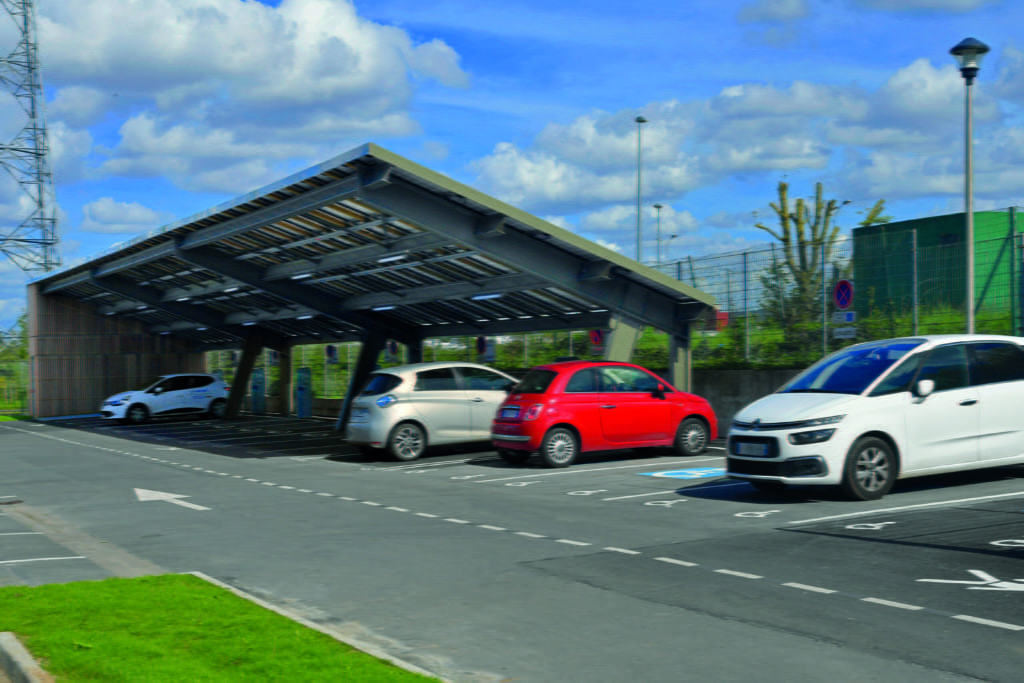 The development of e-mobility is a top priority in Lille Metropole and the deployment of charging stations is an essential step toward this objective. However, this alone will not be enough. The presence of charging stations must be complemented by clear communication campaigns and coordination with the regional authority is paramount to integrate the service within the regional city network. At the metropolitan level, the private and public stations integration need careful examination to develop an effective strategy. Looking further into the future at technologies and e-mobility applications and uses, Lille Metropole is keen to develop smart grids in order to soften the potential impact and pressure of EVs on the electric grid. With high capacity batteries soon to hit the market, this can mean longer charging times or more powerful stations. The Metropole’s authority is also questioning how to ensure coverage for high-speed charging stations for users of motorways - roads that don’t fall under the city’s auspices. 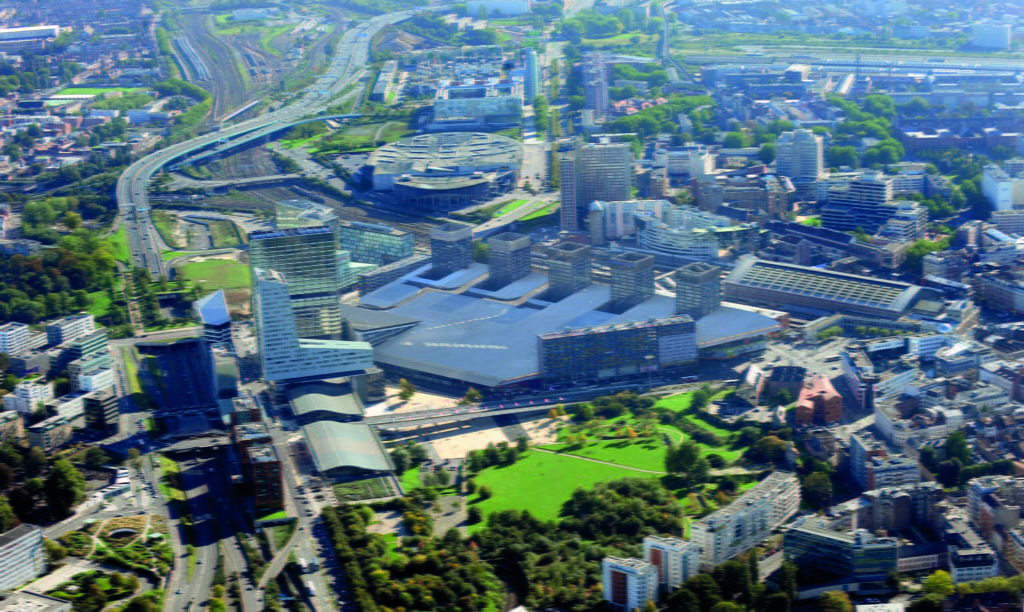 Staff member(s)
Lille Metropole
Back to Every Lille helps