Today, POLIS is joining the European Cyclists’ Federation (ECF) and a global coalition of pro-cycling organisations in calling on governments attending COP26 in Glasgow to significantly increasing the number of people who cycle in their countries to reach global climate goals quickly and effectively.

The world needs much more cycling if we are to combat climate change. Without quicker and more determined action by governments worldwide to cut transport carbon emissions, we will be dooming present and future generations to a world that is more hostile and much less inhabitable.

CO₂ emissions from the transport sector continue to increase. Meanwhile, the transition to zero-emission cars and trucks will take decades to complete and will not solve other problems like traffic congestion and sedentary lifestyles. Despite this, COP26 Transport Day on 10 November is set to focus exclusively on the electrification of road vehicles as a solution to the climate crisis we are facing today.

The signatories of the letter believe that cycling represents one of humanity’s greatest hopes for a shift towards a zero-carbon future. Bicycle use produces zero emissions, delivers far-reaching positive societal impacts and – most importantly – is a technology that is already widely available today. The world cannot afford to wait decades for fossil-fuel cars to be fully phased out and replaced by electric vehicles. We must urgently leverage the solutions that cycling offers by radically scaling up its use.

The signatories to the open letter call on governments and leaders attending COP26 to declare commitments to significantly boost cycling levels at home and collectively commit to achieving a global target of higher cycling levels. The letter was sent to governments and transport ministers ahead of COP26.

Read the open letter to governments at COP26: www.cop26cycling.com. 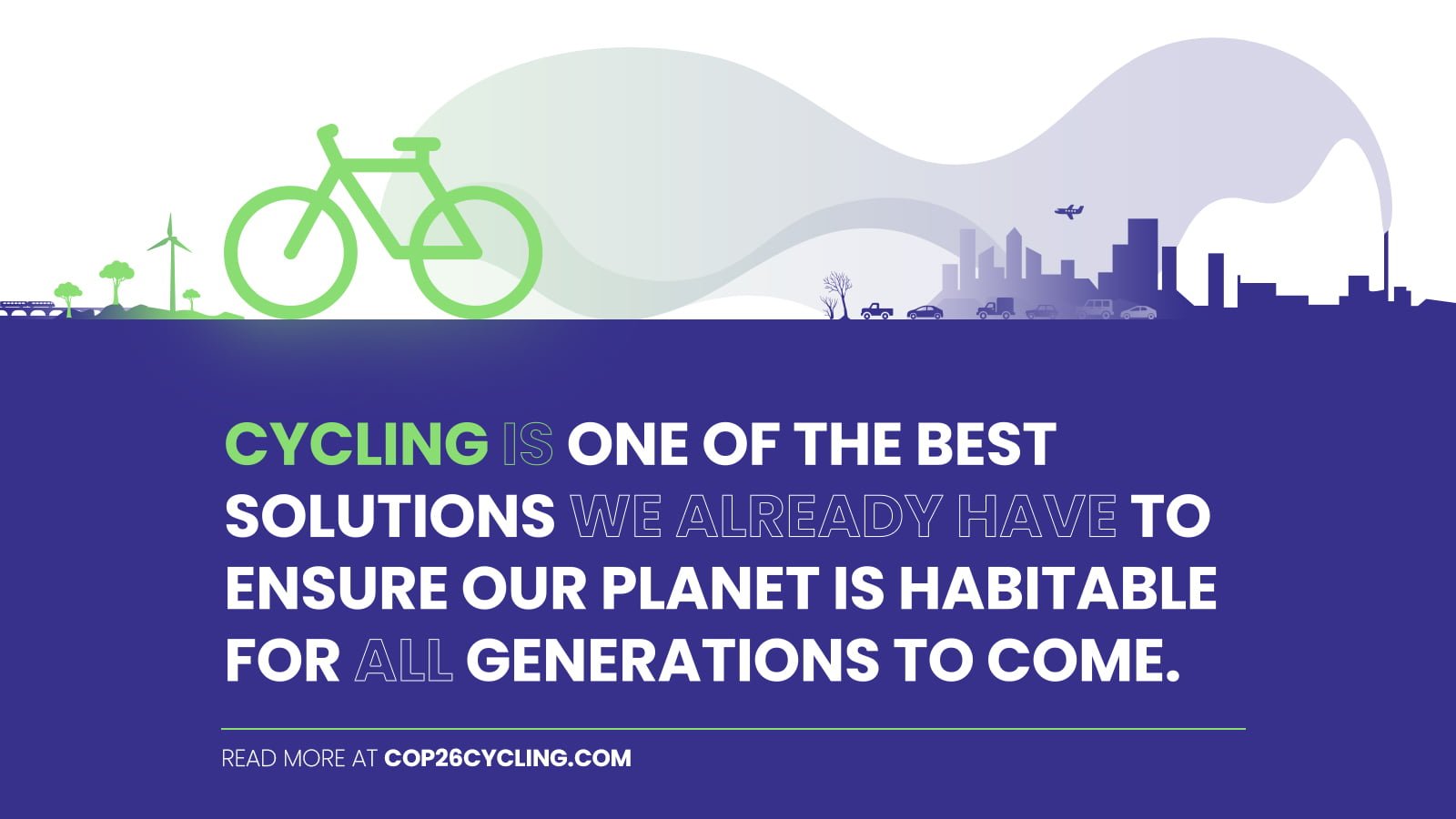