As cities roll out new urban access regulations it becomes evident that their deployment only tells half the story. Often, local authorities struggle with enforcing new rules due to a variety of reasons: ranging from appropriate infrastructure to a lack of user awareness about the new regulations in place. Can grassroots activism assist local authorities in better enforcing specific rules? Can low-cost traffic-counting sensors like Telraam provide evidence to back these efforts? An experience resulting from the Leuven pilot of the WeCount project can answer these questions.

The Brusselsestraat is an important artery connecting to the city centre of the Belgian city of Leuven. To address air and noise pollution and promote safety for its users, local authorities have lowered the speed limit from 50km/h to 30 km/h. However, the historic nature of the street, its design and the overall lack of user awareness of these changes, make it that compliance with the speed limit is very poor.

Leuven is home to one of Europe’s oldest universities and recognised as a hub for innovation and citizen engagement. Thus, it comes as no surprise that a local citizen action group “S.O.S Brusselsestraat” decided to take matters into their own hands. For years now, they have pushed local authority for more enforcement of the speed limit, and interventions in the road design to force lower speeds. A member of the community decided to sign up to receive a Telraam-device and participate in the Leuven pilot of the WeCount project. The project enables citizens to initiate a policy-making process with fully automated measurement backed data on mobility and air quality, by installing a sensor on their windows and collecting traffic data.

She did so with one very concrete goal: to objectively show how problematic the non-compliance with the speed limit is. As a matter of fact, existing Telraam data shows that prior to any intervention 47.85% of passing cars exceeds the 30km/h speed limit.

When asked what motivated her to get a Telraam sensor, the local champion said that her street is very busy, with a lot of mixed traffic. She added that “the speed was very high, and the 30 km/h zone was not respected at all. We wanted to demonstrate the traffic flows and ratios as well as the speed in black and white with figures to the city council and the police “.

She highlights the potential of data collection through the sensor and its added value to make a case and present it to the local authorities. Daily summaries created by her were uploaded to the neighbourhood's Facebook group, tagging the competent aldermen and services. According to her “That is how the ball got rolling. This autumn, our street will be redesigned. Priorities are to tackle speeding and to improve the quality of life.”

The efforts of this group eventually bore fruits, with the city authority carrying out two activities to improve speed limit compliance. In May 2020, a digital sign indicating speed to the passing car was installed, followed by the installation of a temporary speed bump in November that same year.

This is where the beauty of Telraam comes in: given that there was a device in place in the street, another member of the local action group, experienced in data analysis, carried out a detailed analysis. The analysis was carried out, unbeknownst to the WeCount team, who only became aware of this endeavour when contacted by the citizen group to verify their findings. The results are shown in the image below. 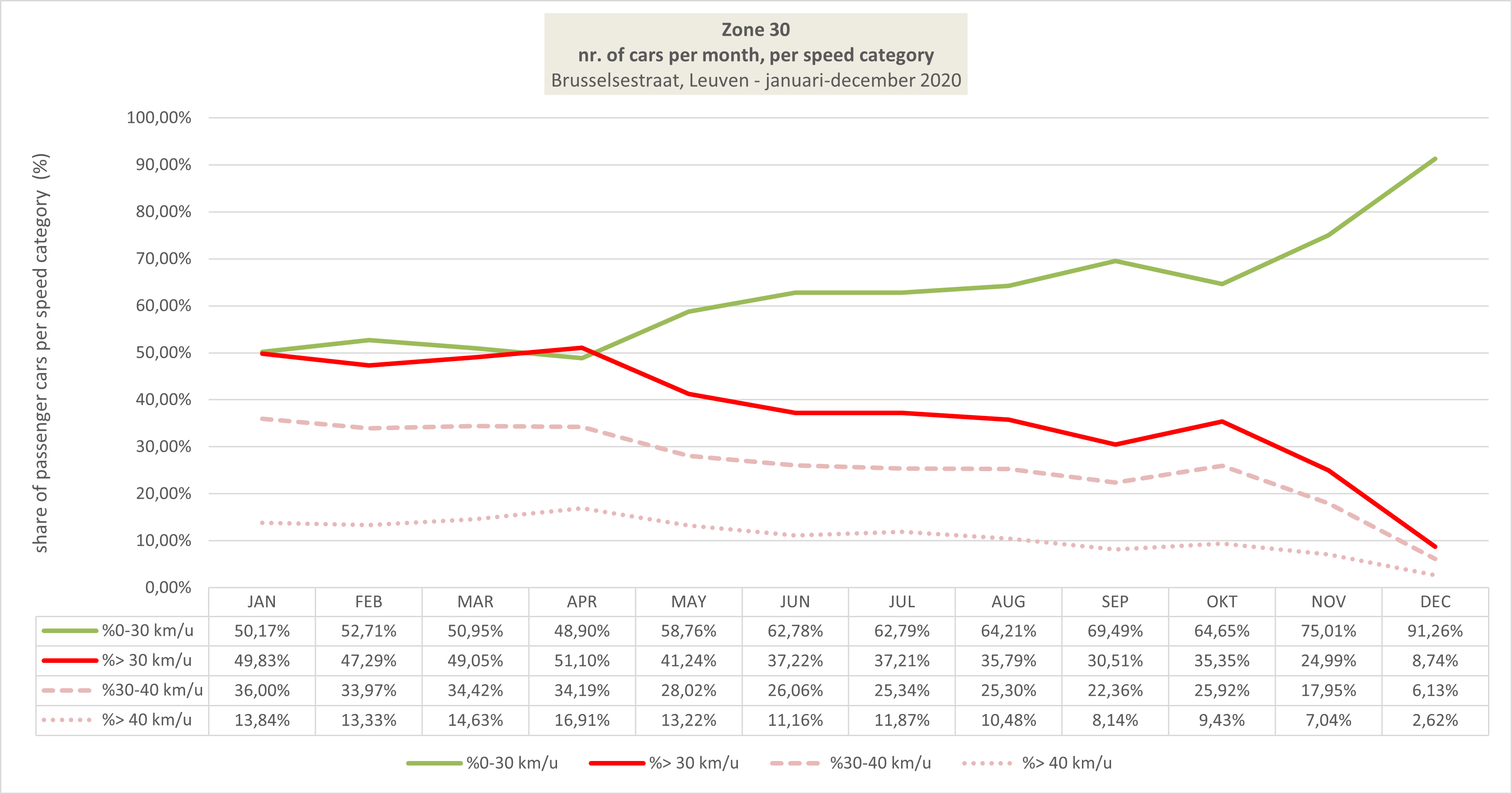 The figures below provide a summary of the speed histograms produced by the WeCount team. The first image, on the left, refers to the time-period leading up to May 2020, without intervention. The middle picture accounts for the time right after the installation of the digital sign, whereas the right image accounts for the installation of the temporary speed bump until February 2021.

The citizen had a clear vision of what he aimed to achieve with the data analysis. “I wanted to offer the residents of the street an objectified speed measurement with Telraam and to inform the city council about the actual speeds driven in zone 30 so that the city authority can introduce appropriate speed reduction measures”, says the WeCount citizen.

The potential of Telraam for data analysis and showing the impact of policies is substantial. According to him “the impact of Telraam can be great when addressing the city council as a citizen. I noticed that among others the alderman competent for public works frequently visited the Facebook group SOS Brusselsestraat. Every month overviews appeared there so that the impact of the interventions, provisional or otherwise, could be estimated. The residents' group should therefore connect Telraam with a social medium to keep the requirements and issues in mind.”

WeCount set out with the mission of encouraging and empowering citizens and stakeholders to tackle the common challenges of local transport systems. It aims to achieve this by giving citizens tools to monitor, analyse and interpret the impacts of local transport, local behaviour and actions. The example of the Leuven citizens not only shows that the traffic counting experience can provide citizens with tools for bottom-up policy change, but also that these are able to perform complex data analysis even outside of the project scope.

WeCount also aims at providing a citizen-led tool able to quantify the effects of decisions made. The example of the citizen who used the Telraam data to analyse the impact of the two interventions precisely the type of example of the sensor’s potential to assist politicians and decision-makers in analysing the effect of their policies. WeCount and Telraam do so in real-time and at a low-cost.

Learn more about the Leuven pilot.

All data for this specific road segment is available. 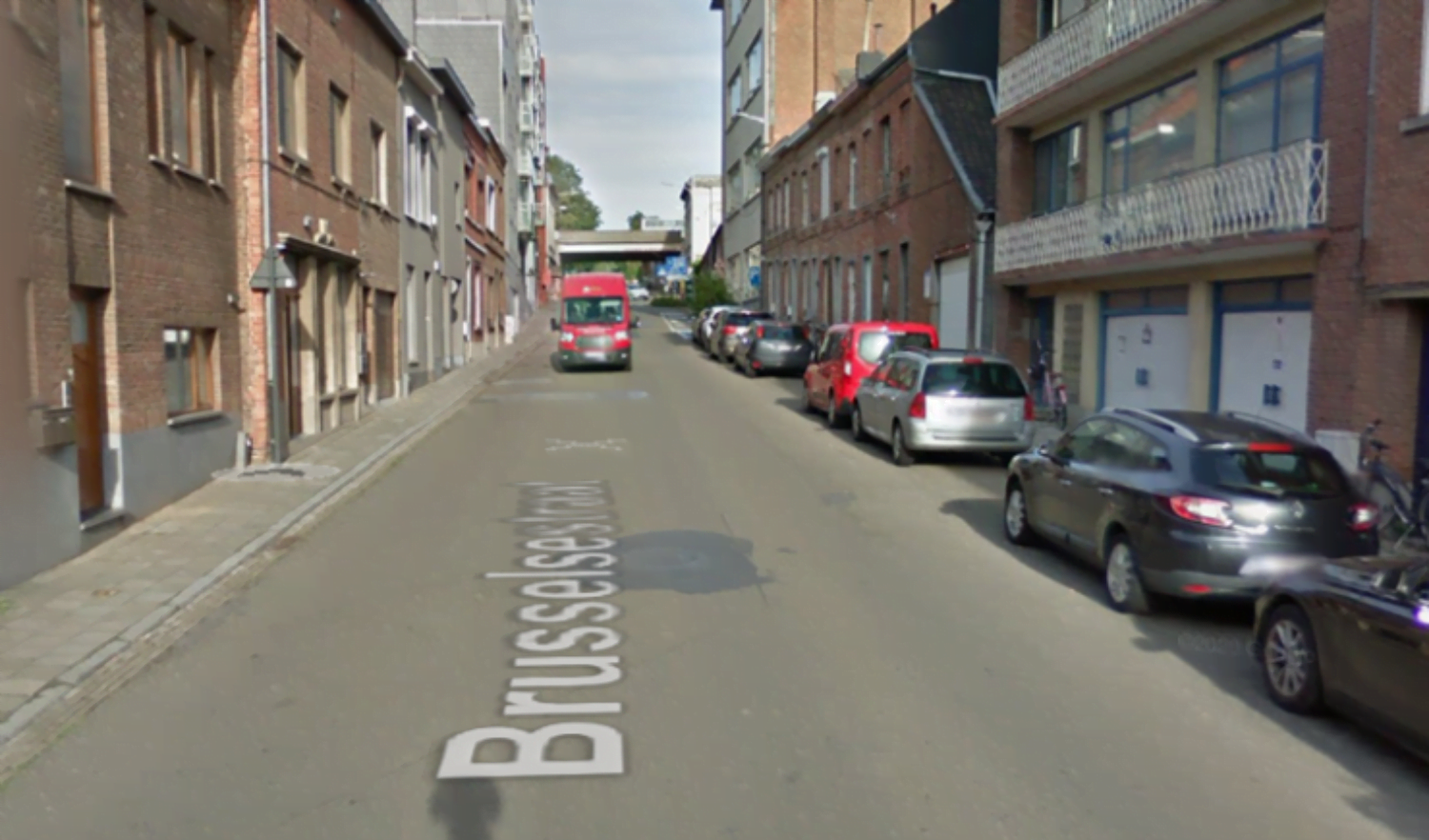 The city of Leuven has about 100.000 inhabitants and hosts the oldest university of north-west Europe with more than 50.000 students. Leuven is located 20 km east of the Brussels and at 15 minutes by...
Read more 09/12/2014
Back to news
Cookies To make this site work properly, we sometimes place small data files called cookies on your device. Most big websites do this too.
Accept
Read more
Cookies Settings
Cookie Box Settings
Cookie Box Settings