2017 was a significant year for Polis member Aarhus, the second largest city in Denmark. The city has been the European Capital of Culture, and at the same time, the first light rail system in Denmark was opened.

The first stage of Aarhus Light Rail consists of two parts. The existing railway from Grenaa to Odder via Aarhus upgraded and made part of the light rail system; the second part is a city line reaching from the central station in Aarhus, to two new districts at Lisbjerg and Nye, located north of the city centre.

Aarhus Light Rail has ordered two different types of trains: on the route to Grenaa, the speed will reach 100 km/h. Hence, it will be operated by a tram-train offering high comfort for longer journeys. In the city of Aarhus, passengers will be serviced by a slightly smaller tram. Common to both types of trams is the simple, uncluttered Scandinavian design. A great effort has been put in the availability for wheelchair users and other passengers with disabilities.

An alternative to car queues

The Aarhus Light Rail aims to become an alternative for  thousands of current users of public transportation and it has  the potential to attract many motorists, who will be able to  move  quickly and smoothly from the city centre to the north of  Aarhus. The light rail will have a frequency of eight departures  per hour, during the rush hours.

The Light Rail contribute to the fulfilment of Aarhus's ambition  to become CO2-neutral by 2030 as all 26 trams are electrically  powered with renewable energy (such as wind power and  biomass).

A tool for urban development

The city of Aarhus sees the Light Rail also as a tool for urban development capable to attract real estate investors along its corridors.

The ’S-train system’ of Aarhus

The new Aarhus Light Rail plays an important role within a fast growing region in Denmark (around 1,2 million people live in the area). The city’s vision is that Aarhus Light Rail will become the counterpart to the S-train system of the capital region of Copenhagen with more lines to come in the near future.

The full article on the Aarhus Light Rail was published in the Thinking Cities magazine issue 8 and is available for download here. 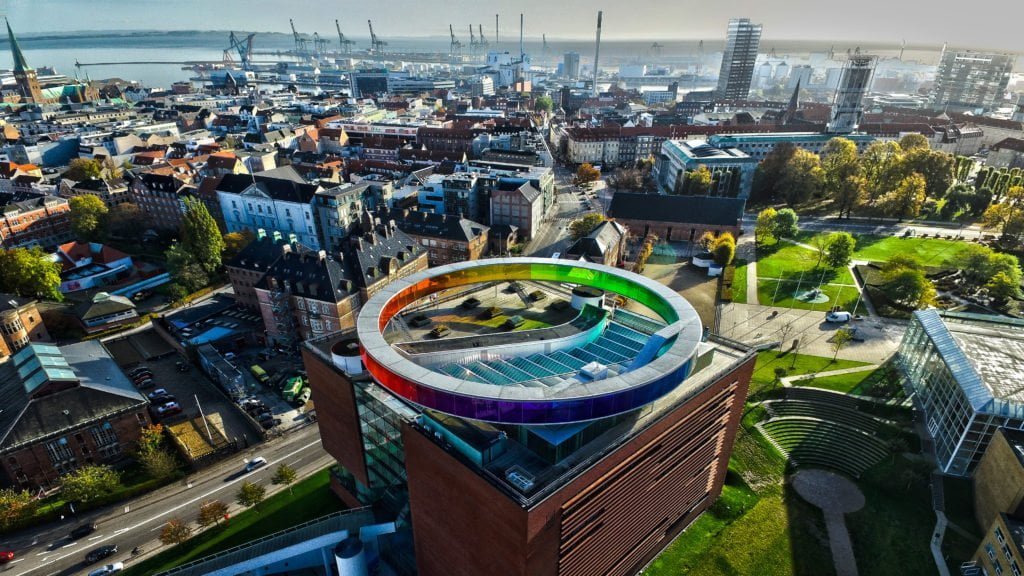 With a population of approximately 336,000, Aarhus is Denmark's second-largest city and the fastest-growing in the country. Being a city of engaged citizens, innovative businesses and students from al...
Read more 16/02/2016
Back to news