Launched in 2016, Project EDWARD - European Day Without A Road Death has one main objective: no one should die on the roads of Europe for at least one day a year.

This year, the chosen day of action is Thursday 26 September 2019.

A day without fatalities on Europe's roads

Drivers are unwittingly or sometimes knowingly putting other road users at risk in so many ways, but it’s not just drivers who are at fault. Many cyclists and pedestrians increase their risk levels by choosing to ignore the rules or look for risky short cuts.

In the days leading up to Project EDWARD, all road users should think – even for just a few minutes – about the risks they face and they may pose to others, as well as what they can do to reduce those risks.

Project EDWARD is supported by all 30 TISPOL member countries (TISPOL is the European Traffic Police Network), and a growing number of drivers, well-known brands and generous road safety organisations have pledged to the project ideals.

Michelin, Westcotec, Road Safety Support, Ireland's Road Safety Authority, Vitronic, Croatia's Vehicle Center, GEM Motoring Assist, DriveTech and NFU Mutual: whether you represent a national government, a private organisation, a public agency, a charity, a school, college or university, or whether you simply care as an individual, you can always join and support Project EDWARD by organising or being involved in Road Safety Days across Europe.

If you represent an organisation that may possibly be interested in joining Project EDWARD as a supporter, or if you may know people who would be interested, just send an email to james@projectedward.eu. 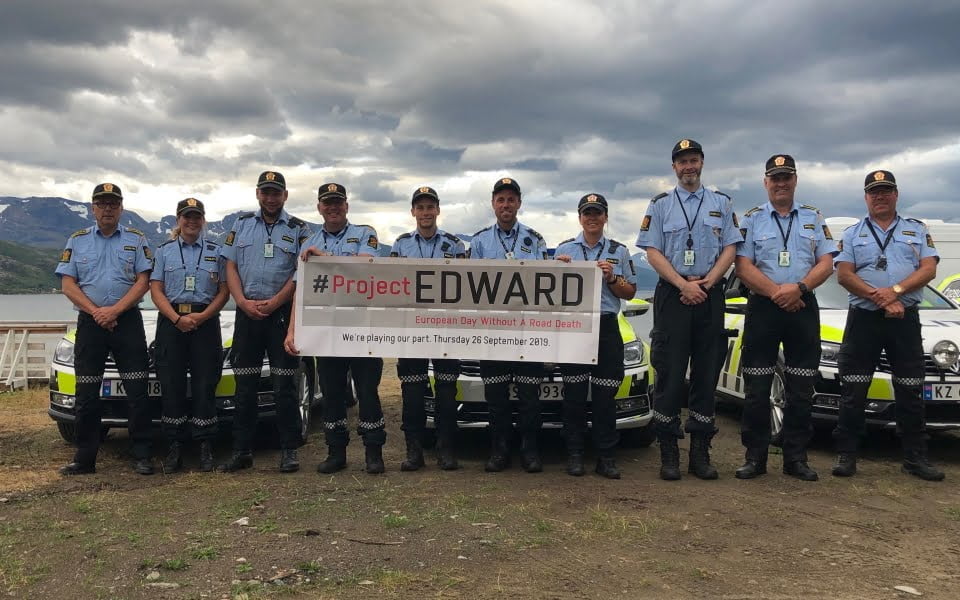 Topics
Road safety
Back to events