A strategy for Pedestrian Accessibility in Lisbon, by Pedro Homem de Gouveia

Picture a city born over 2,500 years ago, with seven steep hills and streets filled with cars. With narrow sidewalks made of slippery cobblestones, where abusive parking is chronically tolerated. Picture a moment when legal accessibility standards have been ignored for over a decade, City Council is being crushed by debt, and the world is reeling under a financial crisis. A fine day to start a Pedestrian Accessibility Plan, is it not?

Finding an excuse to do nothing about Pedestrian Accessibility is easy. As we kicked off the planning process, naysayers used the full repertoire: topography, heritage, ‘we don’t have the money’ or ‘we do have the cars’, politicians had no will and pedestrians no discipline. Clearly, the first barrier we had to overcome was scepticism. 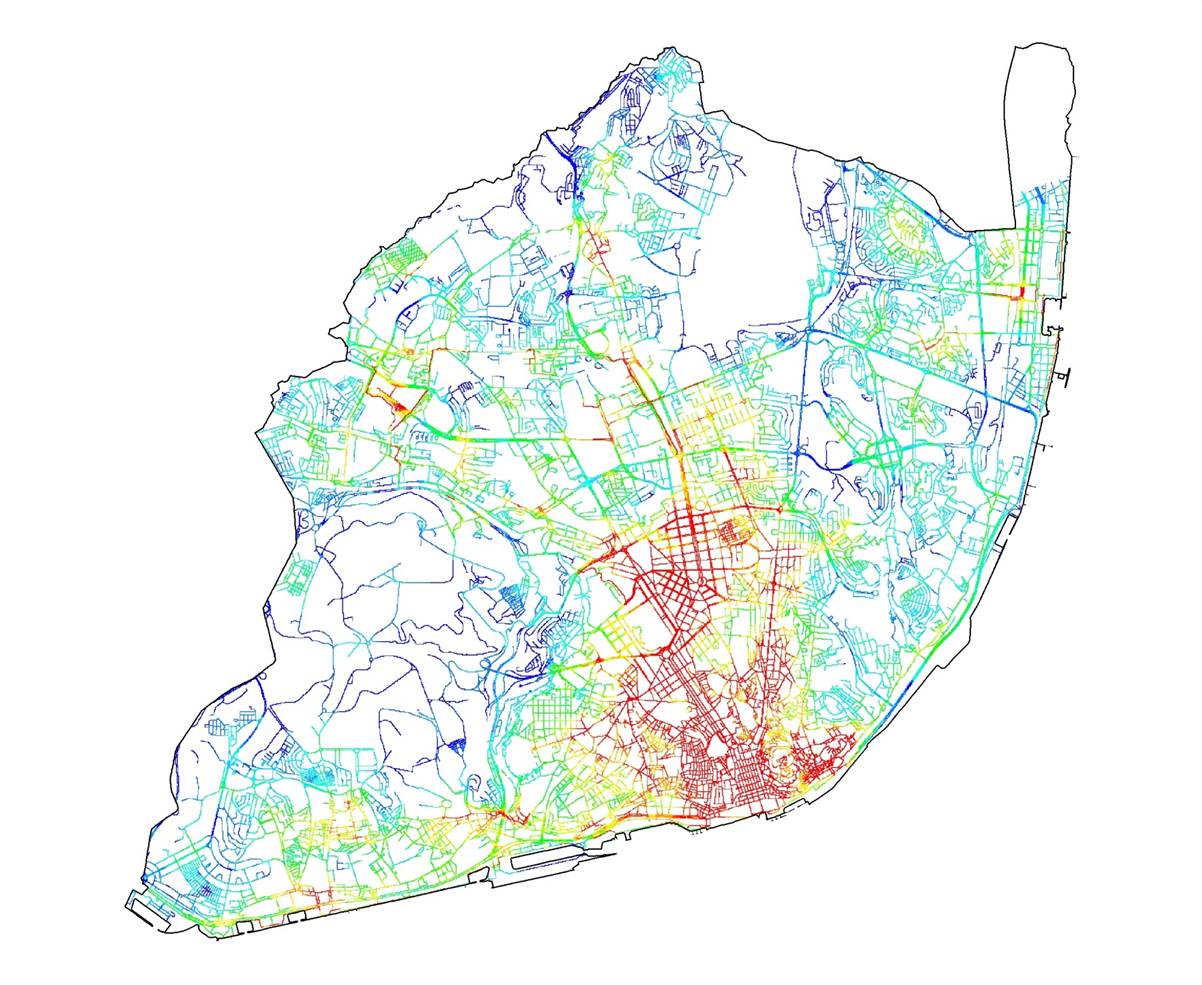 Not an uphill battle

So, we took a good look at the famous hills, which over the years had become the key reason for doing close to nothing for accessibility. With GIS technology we found out the hills were there, alright. But we also discovered that inclination was low in around 75 percent of the street network. What was the problem, then? Cars, and all the decisions made during the previous decades to accommodate moving cars, parked cars, and all the extra manoeuvring space drivers supposedly needed to be “on the safe side”.

The sidewalks were narrow, but that wasn’t an act of nature. They were the leftovers, after most of the available space had been carved out for exclusive use of motorised vehicles. They were poorly maintained and were filled with obstacles. They had become a storage room for all the things that couldn’t be in the carriageway (traffic signals, bus stops, parking meters, trees) or weren’t wanted indoors (esplanades, dustbins, you name it). Crosswalks weren’t in a good shape, either – very few were step-free, none had tactile paving, and traffic signals were timed for running, not walking.

For the second myth-busting expedition, we collected and analysed GIS data on pedestrian crashes. These crashes weren’t randomly distributed, which clearly meant there were structural factors at work.

The data also showed that much of the ‘established wisdom’ on this topic was nothing short of victim-blaming prejudice. Were pedestrians being hit because they didn’t use the crosswalk, or crossed against the red? Not really. More victims were hit on the crosswalk or its immediate vicinity than anywhere else, and there were always more victims caught when crossing with the green for pedestrians. And it was heart-breaking to find out that over one third of all fatal and serious victims were elderly citizens – not the “irresponsible teenagers” many talked about (not that that would make it any better), but simply people who have limitations walking, seeing and listening. They were the most vulnerable, and their disproportionate victimisation clearly showed that this wasn’t a question of ‘disciplining’ pedestrians.

How did we get here, and how could we get out? A large participatory session got the City’s public space and traffic officials working together with community organisations from various sectors: Disability, Child Safety, Pedestrians, Automobile Club, Public Transport Operators, and more.

We started by asking what they thought were the biggest obstacles to making Lisbon accessible and safe for pedestrians. We were expecting the lack of money to poll way ahead. Well, we were in for a surprise. The four key obstacles were (1) we treat pedestrians as secondary, (2) there is no political commitment, (3) the City doesn’t set an example, and (4) inefficient management and oversight.

These problems were all connected and this opened up a whole new strategic outlook. Our main challenge wasn’t physical change, but organisational change.

It wasn’t about scheduling investment over a 20-year period to adapt over 9,800 crosswalks, 2,000 bus stops and 1,725 linear km of sidewalks. Nope. It was about making sure that the countless decisions being made every day about those elements, by various departments and officials, at various scales and for different purposes, were all compatible with pedestrian needs. It was about preventing more mistakes and making sure no opportunities were wasted – quite an appealing challenge, in times of shortage.

The organisation that had created most of the problems had to be converted into a pedestrian-accessibility-machine. For that, we devised a strategy based on the following principles:

Political will – important to have, but not enough in broad strokes. It had to be converted into clear guidelines where technical officials could find guidance (and cover) for day to day dilemmas – for example, do we choose safety over traffic speed, flow, or parking? Moreover, coming up with a full-fledged budget in times of crisis was not only useless (we didn’t have the money, anyway), but could actually be counterproductive, fuelling scepticism. So, City Council made a simple decision: every year, 3 percent of the budget for public works would be invested in pedestrian accessibility. Very easy to approve and verify. 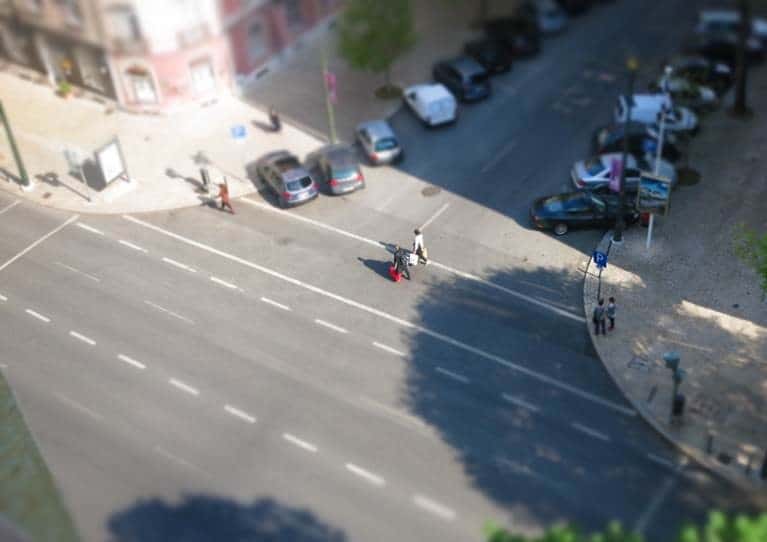 Before: Long crossing distances are risky for pedestrians and inconvenient for traffic management

Of course, crosswalks should be safe and accessible… but what does that mean, and how should it be done? There were no detailed standards for crosswalks, bus stops, sidewalks and traffic calming measures. We found lack of clear design guidance to be a major source of resistance to change from technical officials – people wanted to do the right thing, but needed clear, reliable and formal rules to follow. So we developed design models through good practice reviews and user testing, always looking for solutions that were easy to understand, design, build and verify on-site. The easier it is to do it right, the bigger the chances it will be done right. 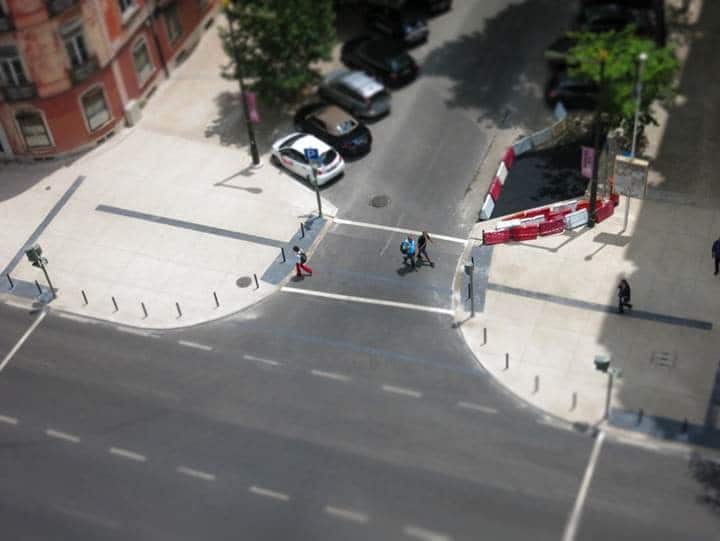 After: Bottlenecks prevent abusive parking and make it easier to balance cars and pedestrians

Centralising responsibility in one Council member or department would have “made sense”, but it would also have the perverse effect of letting everybody “off the hook” feeling like it wasn’t really “their” responsibility. Everybody wants coordination, of course, but centralisation is only one way to coordinate, and very often not the most practical one. There was a lot to be done, and many opportunities to take advantage of. We had to multiply the hands on deck. So instead of trying to climb into the shoes of an orchestra conductor, we chose to write music pieces for various quartets to play by themselves, with no conductor. We do have a planning team, but this team works as a dynamo – it provides advice, training and tools, helps build public support, and leads by example.

Capacity building is a cornerstone of our strategy. But it’s not enough to provide manuals and some training. Tools, practical advice, in-house consulting and technical support must be available as well. If a designer is wondering about the safety of a site, a common web browser should be enough to access the GIS crash database. If a borough president is holding a public session with residents to present a traffic-calming project, expert know-how should be shared in a high-quality presentation. And technical support should be provided throughout the whole design process, right from the first site inspection – and not imposed after all is designed.

All our communication and training materials treat the pedestrian network as it deserves to be treated: a transport infrastructure. Cities must make sure that, like the infrastructure provided to other modes, this one also responds to the functional needs and safety requirements of its users, including its most vulnerable ones. Nobody would accept an airport runway being too short, or a railway line with “just a few” rails missing, much less holes in the asphalt. We must cultivate the exact same attitude with sidewalks, crosswalks and bus stops that millions of pedestrians use every day. Making it so must be made the responsibility of many, since walking is not a “special” mode – it’s the most basic of all, and the essential building block for any sustainable mobility policy.

As you work to understand and respond to pedestrian needs, you enter the real world. You understand, for example, that a pedestrian and a public transport passenger are one and the same person, who often spends half the duration of a bus trip walking and waiting at the bus stop. You see traffic calming as an instrument for bringing life back to the streets and endorse Vision Zero as an opportunity for promoting Sustainable Mobility. And you connect with the urgency of making public space and public transport safe for women. We chose not to stop at tactile paving and putting in zebra stripes. We had to carry on. The pedestrian experience is a continuum, and we had to address it. Now, after years of hard work, we’re no longer the disability people. We’ve become user experts. The People’s people. Quite a fitting tribute to the founders of Universal Design…

Pedro Homem de Gouveia coordinated its development and implementation at the City of Lisbon, where he also kick-started the Vision Zero Plan. He is now at POLIS, coordinating the working groups for Governance & Integration, and for Safety & Security. 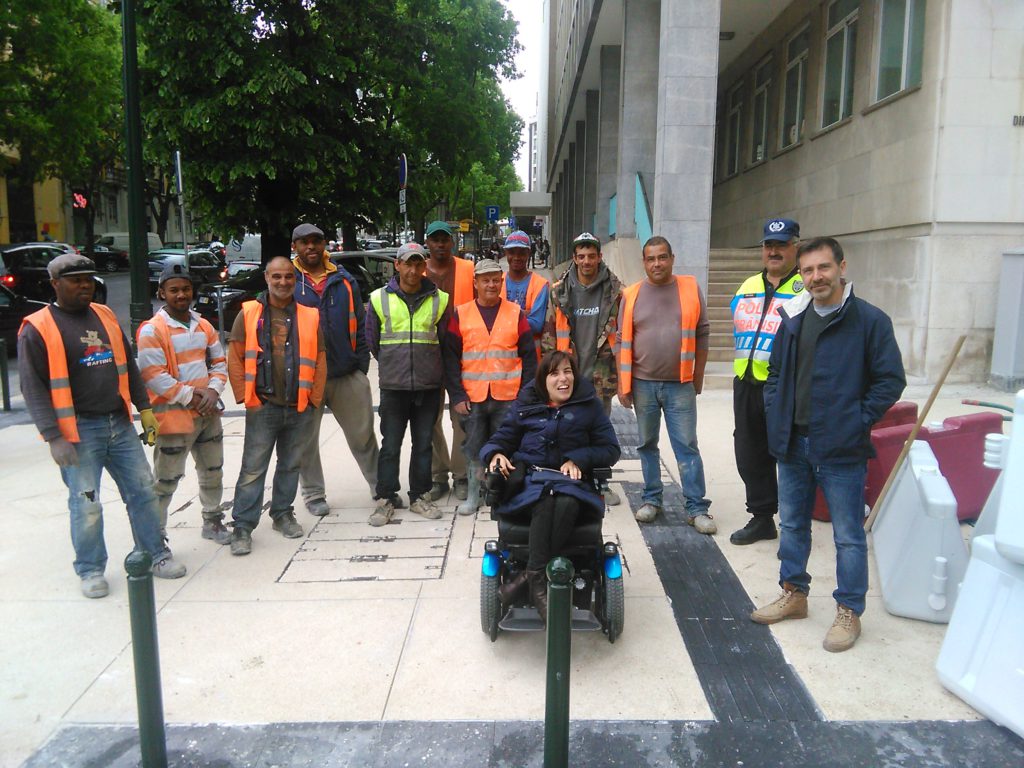 Back to Walk the walk