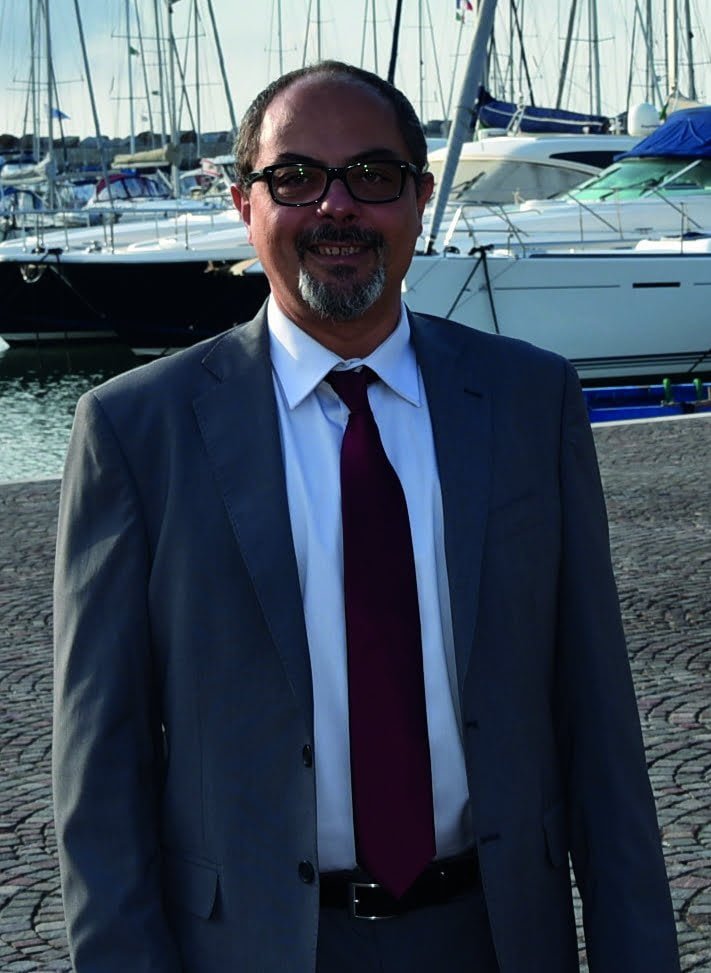 ”We want to know how cities with 150,000-200,000 inhabitants are facing such challenges. This way we would find new solutions that will help us improve mobility on the whole island, especially during summertime”

When Horatio Nelson found himself fighting against the Spanish Navy off Elba Island in 1796, he referred to Portoferraio, the island’s main settlement and natural port, as the “safest harbour in the world”. Some centuries later, this little town is populated by roughly 13,000 people and, luckily, no longer has to deal with naval battles and post-revolutionary uprisings. On the contrary, Elba Island has become a renowned tourist attraction. This means that on weekends during the summer months some 4,000 vehicles reach the island from the coastal town of Piombino, which is only 20 kilometres away. During the summer Elba’s population of 30,000 multiplies almost seven-fold, reaching 200,000 people in July and August.

“We are a small island, but in summer we face similar challenges to medium-sized cities” says Angelo Del Mastro, Deputy Mayor of Portoferraio in charge of EU Affairs. Recently elected to the Political Advisory Committee of the CIVITAS Initiative, Mr Del Mastro is coordinating the efforts to solve Portoferraio’s most pressing mobility issues thanks to the exchange of knowledge with other European cities. His town has recently joined Polis, the leading network of cities and regions for transport innovation, which shows that networking and best-practice sharing is not only a prerogative of bigger and betterequipped cities.

Their main objective is to develop new strategies to improve mobility from and towards the port, with a view of reducing congestion. Among the options that are being explored, Del Mastro mentioned the introduction of interchange parking spaces, the regulation of access to the city centre and the improvement of local public transport. “We want to know how cities with 150,000-200,000 inhabitants are facing such challenges,” admits Del Mastro. “This way we would find new solutions that will help us improve mobility on the whole island, especially during summertime.”

The management of parking spaces and the reduction of vehicles in the city centre are topics that most European cities, regardless of their size, are dealing with. Their objective is common: reducing congestion, improving air quality, making urban spaces more liveable and enjoyable. To achieve this, consulting all concerned stakeholders is vital. The City of Portoferraio is actively contributing to the discussions for the development of a Sustainable Urban Mobility Plan (SUMP), together with the other municipalities of the area, both on the island of Elba and on the coast. As Del Mastro puts it, “it takes a joint effort, because mobility affects us all”.

Citizen engagement and political debate is at the very core of the SUMP process. “We really insist a lot on this aspect” says Del Mastro. “We strive for a bottom-up kind of cultural shift, which means that it should happen from within the population. Our challenge is to achieve a better mobility and show inhabitants and shop owners that they can all benefit from a limitation of traffic in the city centre. This would also benefit visitors and tourists.”

The old town of Portoferraio dates to the 14th century, when the Grand Duke of Tuscany, Cosimo de’ Medici built a series of forts to oppose the Spanish presence on the island. Much of that glorious past is still visible today, but according to Del Mastro the high presence of cars in such a scenery is harmful for tourists and locals alike.

There is an increasing awareness that a gradual shift to more sustainable transport modes is essential, but the process faces some barriers. The cycling infrastructure is, for now, limited to a few-kilometre-long bike lane in Marina di Campo, the municipality that hosts the island’s longest beach. An attempt to establish a public bike sharing scheme, put forward by the previous administration of Portoferraio, did not work out well. Furthermore, the physical and natural features of the island make it difficult to build underground parking spaces, which would curb the presence of cars on the streets.

The conditions to make a case for a more sustainable mobility on Elba are not optimal. Nevertheless, Del Mastro sees the future with optimism. In the framework of the CIVITAS DESTINATIONS project, the municipality strengthened its cooperation with hotels and campsites. It provided them with electric bicycles to give tourists an opportunity to move around the island in a sustainable way and it worked: both hotel operators and tourists welcomed the initiative with great enthusiasm. Additionally, an ambitious project - already approved by the Municipality - to build a 250-kilometre-long bike path – or ciclovia – all around the island might become a reality in the future, thanks to the financial support of the Tuscany Region and the Italian Ministry of Transport and Infrastructures. If this visionary plan succeeds, Elba Island would outnumber the kilometres of Rome’s cycling infrastructure (at the current stage, cyclists in the Italian capital can count on 240 kilometres of bike lanes). 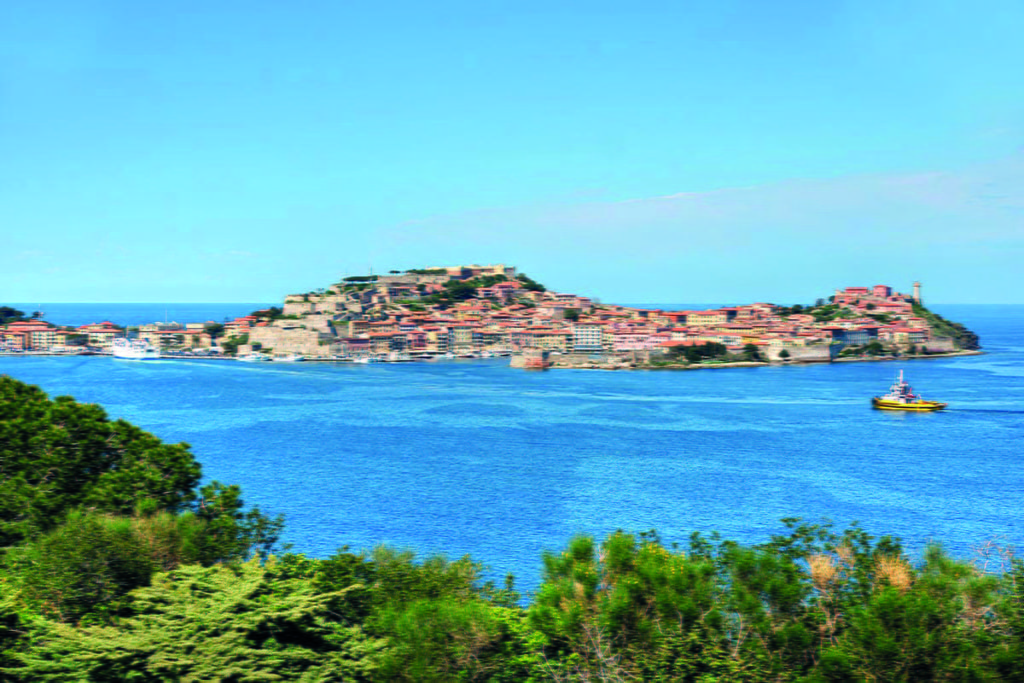 Soft and hard measures to support more sustainable transport modes, citizens engagement, public-private partnerships and sustainable urban mobility planning are just a few of the topics in which Portoferraio is strongly interested in sharing best practices with other European small and medium-sized cities. Even before joining Polis, the town’s experience in the CIVITAS DESTINATIONS project has been very positive in this regard. “Within CIVITAS DESTINATIONS we are learning a lot from the experiences of Valletta, Madeira, Rethymno (Greece) and Limassol (Cyprus), especially in terms of public transport information systems and new mobility services” recalls Del Mastro. Being part of a European-wide network will allow Portoferraio to keep on track. “We would like to exchange with small and medium-sized cities and islands that are facing the same problems. Our objective is to try to understand the solutions they have found and, if possible, replicate them.”

The efforts to improve mobility in Portoferraio are mainly inspired by the island’s touristic appeal. This is understandable, since tourism accounts for a large share of the local economy. Unfortunately, the economic benefits of tourism go hand-inhand with some mobility conundrums that the municipality needs to deal with. The summer months are when most of the island’s economic activities boom. Restaurants, hotels and beaches are always full and more young people can find seasonal jobs in the tourism sector. “On the other hand,”says Del Mastro, “locals experience some problems related to such a high number of tourists. In high season, a 10-minute drive can take up to 45 or 50 minutes.” Striking a balance between the interests of locals and tourists is a challenge for all tourist destinations in Europe, regardless of their size, but improving mobility is one way to serve the interest of both groups and achieve a more liveable environment for all.

For this reason, one of the objectives of the municipality is to convince residents to convert the shortest car trips into cycling, walking, or public transport. This is not an easy task, but not an impossible one either. “We are only starting” says Del Mastro. “We’re trying to understand what is best for the city and what we should do. But when an idea is good, we need to bring it forward.”

Angelo Del Mastro is Deputy Mayor for EU Affairs at the Municipality of Portoferraio, Italy. He is a member of the CIVITAS Political Advisory Committee. Francesco Ripa is Communication and Project Officer at Polis. fripa@polisnetwork.eu 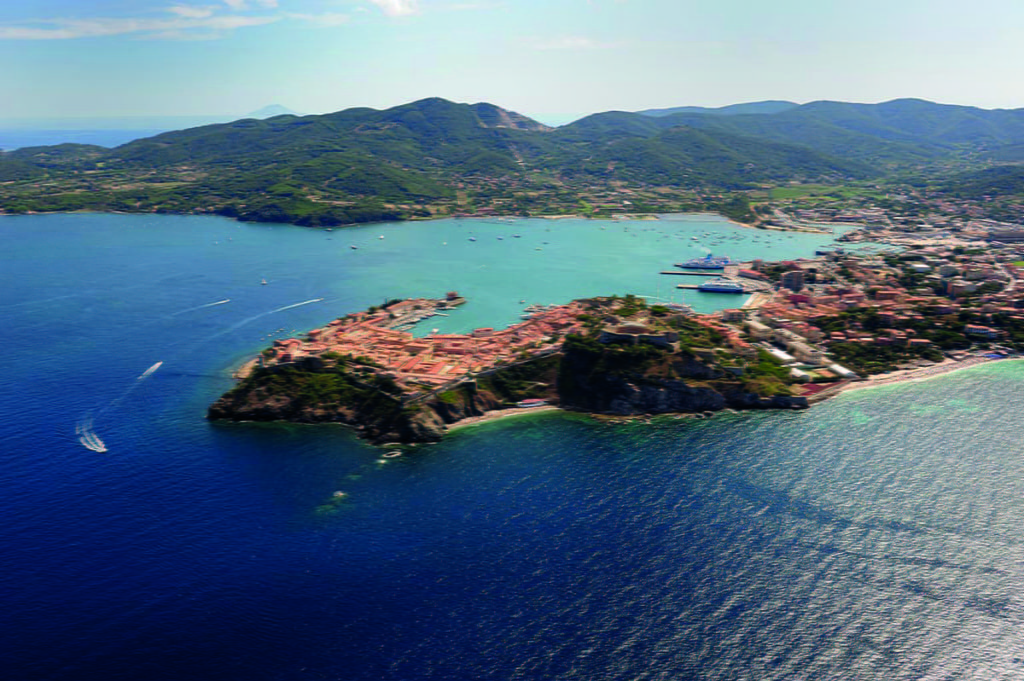 Back to Harbouring ambitions