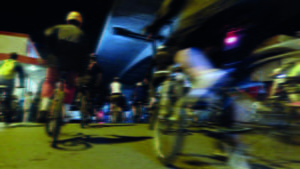 When one mentions the city of Johannesburg, many things may come to mind but cycling is most likely not one of them. Instead, residents of South Africa’s most populous city are all too familiar with the high levels of traffic and congestion that saw Johannesburg ranked the fifth most painful commuter experience in 2016. This ranking was out of a survey of 20 international cities.

Automobiles, mini-bus taxis, broken traffic lights and general chaos during peak rush hour times reflect the legacy of the Apartheid-era spatial planning and a high level of motorised vehicle dependency. Apartheid’s policies of racial segregation resulted in an urban form characterised by multiple inefficiencies such as unequal access to economic and social opportunities; the location of primarily black, lower income areas long distances away from social amenities and business districts as well as a public transport system inadequate for the needs of the population. Naturally, addressing these inequalities through urban planning and the development of the transport system have been key focuses of the new dispensation. But how does one address these issues in a city blighted by infrastructure designed to segregate and keep people apart?

The development of cycling infrastructure in Johannesburg formed part of an attempt to improve mobility for its poorest residents. The cycle lanes were also intended to improve ‘liveability’ which was a relatively new conversation in South Africa at the time. The first cycle lanes began appearing around 2013, usually alongside larger projects such as Bus Rapid Transit systems, high speed commuter rail and new sidewalks. But in a country where very few citizens use bicycles to commute, the lanes were largely misused and misunderstood. The local government appeared to have adopted a ‘build it and they will come’ attitude to infrastructure development and therefore did not implement any real efforts to educate the public about cycling or cycle lanes. 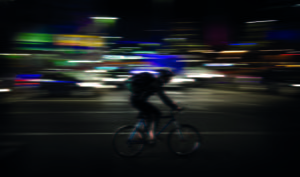 The failure of the city to communicate the intention behind the development of the bicycle lanes and their lack of use made them an easy political target. Leaders of the opposition labelled the unused bike lanes as symbols of decadence put forward by the out of touch ANC ruling party. The lanes were associated with wealthy middle to upper class, primarily white South Africans who cycle for leisure. This unfortunate development undermined the potential of the project to increase mobility for the city’s marginalised residents. With the election of the current opposition mayor, all planned cycle lane developments were halted. Only those that were already under construction were allowed to be carried through to completion.

A further critique of the planned cycle lane infrastructure was that it was not the correct solution to Johannesburg’s congestion problem. It has been said that this particular measure was an example of transferring a successful initiative from another country and implementing it locally without an appreciation of the unique structure of Johannesburg’s urban framework. In reality most of the city’s lower income workforce live on its outskirts and travel long distances to reach their place of employment, making cycling the entire distance unfeasible in most cases. People that possess the finances to live closer to the economic centres are less incentivised by any potential savings offered by cycling and the car still remains an important status symbol in the country. Public health arguments that promote physical activity hold some validity, however the very real threat of crime and limited road safety are further barriers.

"In a country where very few citizens use bicycles to commute, the lanes were largely misused and misunderstood"

Despite the seemingly insurmountable obstacles that cycling faces in Johannesburg there are a number of grassroots organisations and initiatives looking to promote this mode. The Johannesburg Urban Cyclists Association (JUCA) promotes the use of the bicycle as day-to-day urban transportation. Their goal is to make the city bike friendly by pushing for both societal and infrastructural transformation. They have published the Johannesburg Bicycle Map which is widely distributed for free. The map provides information about recommended commuter routes and is open for contributions from the public. The purely volunteer-based organisation focuses on lobbying the city of Johannesburg to implement its bicycle strategy and to change bilaws in support of cycling.

‘Critical Mass Jozi’, founded by James Happe and Melvin Neale, is a night time group ride that takes place in the city on the last Friday of every month. The initiative started in 2007 with a group of 20 cyclists riding into some of the city’s most dangerous and ‘no go’ areas. Twelve years later the cycling group numbers over 1000 and the event has given rise to a number of other similar offshoots, such as the annual Freedom ride, full moon rides and women-only rides.

In the historically black township of Soweto on the western edge of Johannesburg cycling is being used to break through social barriers. Lebo Mahape runs a bicycle tour company which he founded in 2006. He invites tourists to experience the community that boasts famous former residents such as President Nelson Mandela from the perspective of bicycles rather than a tour bus. Mahape believes this promotes equality between locals and tourists, and allows for a richer experience for all. His company also provides free tours to local residents so that they are able to learn new things about their own area.

Bicycle Stokvel is a collective launched by Lesego Konupi, Lungile Mofokeng, Kgotso Mdakani and Bongani Maleswena. The concept behind the movement is to help young people living in impoverished townships overcome limitations placed on them by Apartheid-era urban planning. This is done through a combination of cycling, music and art. The tri-monthly gathering takes place in the township of Vosloorus and involves cycling through the area and stopping along the way to discuss the photography and drawings the group’s artists have displayed at taxi ranks or on the walls of abandoned buildings.

The purpose of these gatherings is to inspire the local community and provide opportunities for exposure for young artists. These activities also dismantle the stereotype that art belongs solely in the gallery space.

In 2018 the group cycled from Durban to Vosloorus, a distance of 550km. The group also recently completed a trip to Botswana and has others planned for Mozambique and eSwatini (formerly Swaziland). The intention behind these trips is to demonstrate that there are ways to be mobile and explore the country even without access to large amounts of money. Beyond this, these trips allow for self-reflection and communicate the message that nothing is impossible if one one puts their mind to it. Jeffery Mulaudzi, the founder of a cycling tour operator in the township of Alexandra, has extended his business by launching a bike rental scheme. The scheme provides bicycles to local residents at a minimal charge per trip. The initial idea was to assist students with traveling the 8km stretch to and from school. Now working residents are also able to cycle into the nearby economic centre of Sandton for work. Mulaudzi estimates that residents are able to save up to 30 per cent of their usual monthly travel costs by cycling instead of using the overburdened bus service. Due to congestion, cyclists are able to reach their destinations faster than if they had used motorised transport.

The aforementioned initiatives are just a few examples of attempts to introduce and grow a culture of cycling in Johannesburg. Although commendable and encouraging they do not negate the need for a strong and tailored local government cycling strategy. Interconnected cycling infrastructure (although slowly being addressed) remains a key barrier for commuters. In addition to this, a lack of safe bicycle storage facilities and the prohibitive costs of acquiring and maintaining a bicycle present a further obstacle. A general low level of road safety and a very real threat of petty and violent crime have also turned commuter cycling into somewhat of an extreme sport.

The safety of vulnerable road users, particularly women and children in particular who suffer disproportionately as a result of violent crime, also needs to be addressed. In many ways the barriers to the uptake of commuter cycling lie beyond the scope of transport policy and lie within the wider socio-economic position of the country.

Jade van Blerk is a Project Officer Intern at POLIS 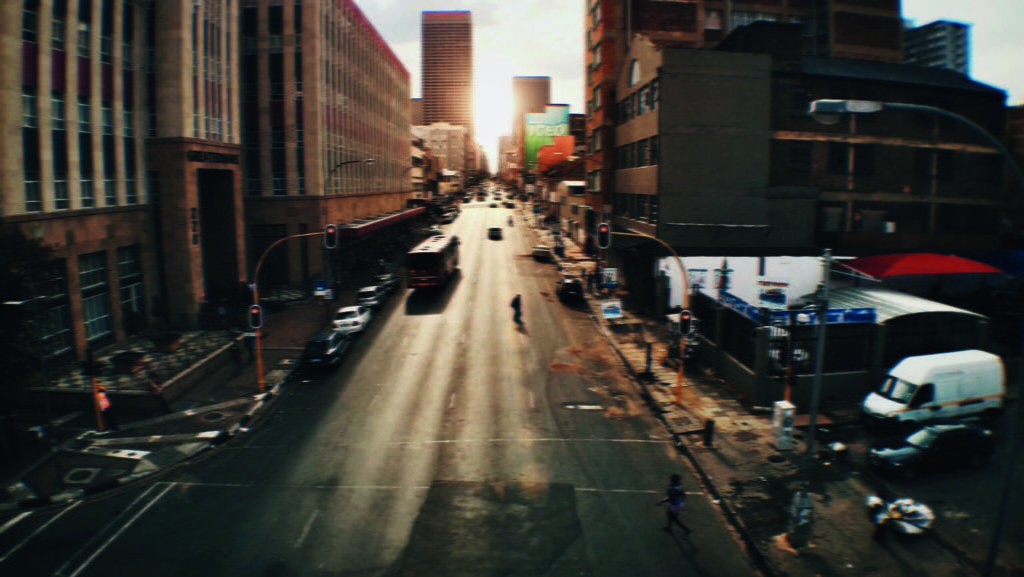 Topics
Health impacts of transport
Back to Thinking Cities magazine #12