Analysing the past to define the future

Analysing the past to define the future

Helsinki recently conducted a study analysing the city’s traffic patterns using TomTom’s accurate and costeffective Traffic Stats and proved that for that the first time since 2010 traffic in the city has started to ease, as Stephanie Leonard reports 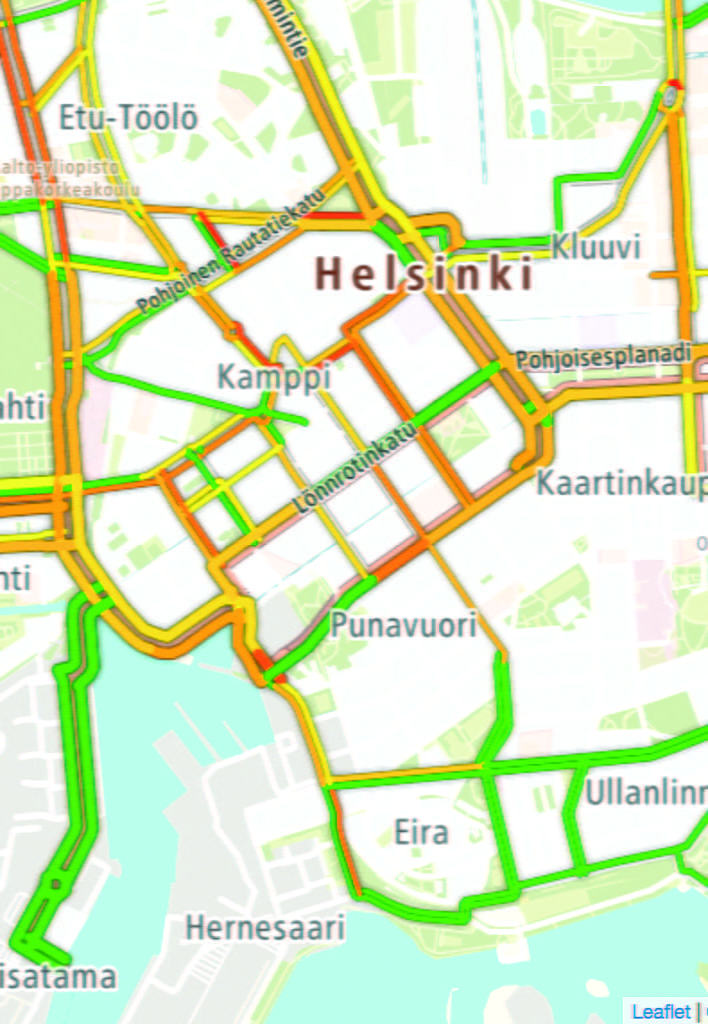 Increased traffic congestion is an unavoidable problem in almost every growing city in the world. Peak-hour stop-and-go traffic is, therefore, nowadays a characteristic result of how our metropolitan areas function. As urbanization is expected to further increase the world’s population living in cities by up to 80 per cent, the problem of increasing traffic and congestion is a serious challenge for policy makers. Some cities, such as the Finnish capital, Helsinki, are beginning to ‘move the curb’ by investigating options that will lead to a reduction in congestion.

Between 1991 and 2011, the Traffic Planning Department of the City of Helsinki monitored passenger car traffic rates every two years to keep track of congestion levels. Conducting regular assessments of the city’s traffic levels was deemed an essential exercise to support the overall development of the city’s transport network and to help identify when timely adjustments and changes might be required to address increased congestion.

These prior traffic studies were performed by installing probes in three cars that drove through traffic along 14 predefined routes. The city found that this probe data was extremely limited and caused problems with variability, as it only measured point studies, and was also very expensive to conduct. The Helsinki Traffic Planning Departed then started to explore alternative avenues to conduct this assessment in a cheaper, efficient and effective way.

A Masters thesis completed by Samuli Kytö in 2016 studied TomTom’s commercial data and found it to be very accurate for Finnish traffic analysis. TomTom Traffic Stats data are based on millions of anonymous probes (based on multiple data sources, including anonymized measurements from GPS enabled devices, mobile phone signals and sensor data) that are evaluated and analyzed automatically. This data is highly precise and reliable and several independent studies have confirmed the accuracy of TomTom’s traffic data. 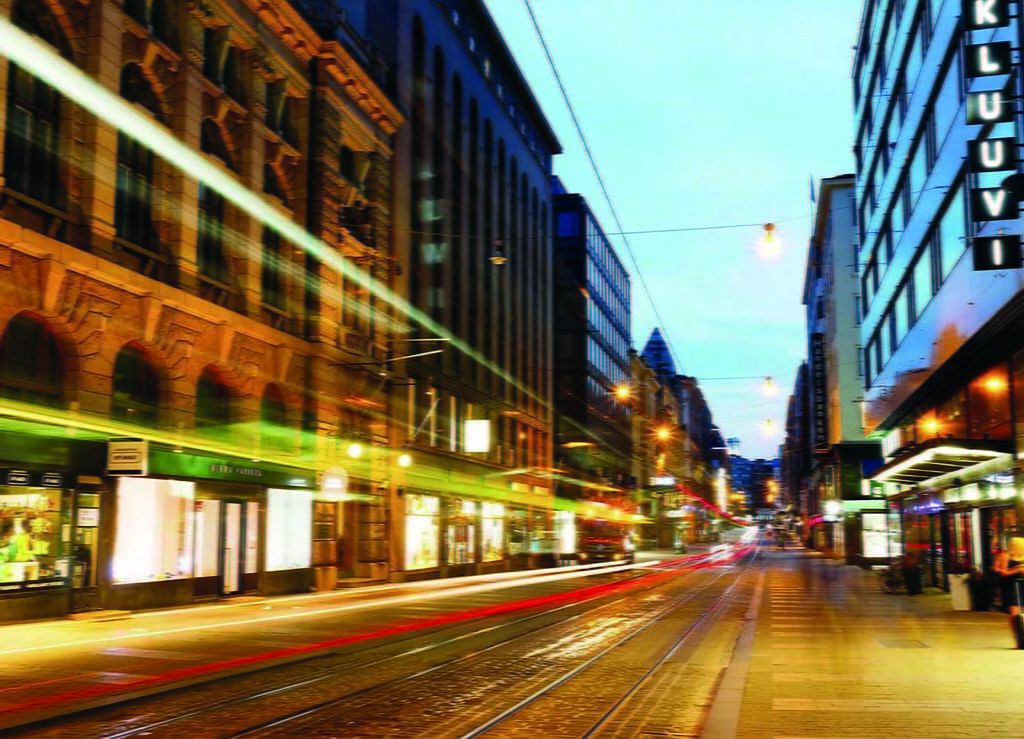 The TomTom Traffic Index is published to provide drivers, industry and policy makers with unbiased information about congestion levels in urban areas.

Now in its sixth year, we’re offering even more insight into why our urban centres are congested, putting the issue into context, and offering ideas about how the problem can be alleviated. This year, TomTom is also celebrating those cities that deserve special recognition for their efforts to beat traffic congestion, with the TomTom Traffic Index awards.

This study, based on seven years of data between 2010 and 2017, uses TomTom Traffic Stats commercial data to measure delay times per kilometre and identify high-congestion streets or areas throughout the city. Published earlier this year, Blomqvist’s analysis provided detailed results to the city government to show how traffic flow improved over the study period. Besides studying individual streets and the overall situation, Helsinki also studied pre-defined corridors using TomTom’s Route Analysis. Compared to similar studies, Blomqvist was able to deliver stronger results while lowering the cost of production by using data from TomTom.

The Helsinki study selected 10 predefined time intervals each consisting of 45 days, resulting in highly reliable data with an impressive 800 per cent growth in probe count in only three years. On average, traffic delay time in Helsinki is calculated to be 27 minutes per day, which is an increase of 26 per cent compared to travel times at normal expected congestion levels. During morning and evening peak traffic hours, the extra delay time percentage jumps up to 40 per cent and 48 per cent, respectively.

From this data, Blomqvist identified the top 10 most congested streets based on delay in hours over the period of 45 days. One example revealed by the analysis suggests that the traffic delays on Mannerheimintie – the most congested street – add up to 145 days; in other words, the time spent driving 4.3 times around the equator at an average speed of 60 km/h! And that’s only for one street over a period of 45 days of measurement.

“The Helsinki study was only possible to this extent thanks to the highly granular and precise data from TomTom Traffic Stats,” says Blomqvist. “TomTom’s data is wellsuited for any kind of evaluation on traffic congestion. With Traffic Stats, it is easy to perform city, city section, and street-level traffic analysis for an accurate understanding of what makes traffic slow down or stop. Ultimately, this analysis can help cities take measures to reduce congestion and improve traffic flow.”

According to TomTom’s Traffic Index, Helsinki’s 24-hour congestion rate is an average of 26 per cent, marginally lower than neighbouring Nordic capitals Oslo (30 per cent) and Stockholm (28 per cent). Helsinki is ranked 168th out of 390 cities around the world.

IF YOU FAIL TO PREPARE, PREPARE TO FAIL

The Helsinki study recommended that from now on the city traffic should be monitored every year rather than every two and a detailed regional level analysis (city, highway and street level) should be conduct. A key measure that the city is now proactively using TomTom data to try and improve is the planning of road works.

“By using TomTom’s Historic Traffic Data, we can see how the road works affect the traffic in dedicated streets and in the surrounding street network,” says Marko Mäenpää, Head of Traffic Management Unit, City of Helsinki. “By getting this knowledge we hope we can better evaluate in advance the effects of road works that haven’t started yet. I think this also offers other possibilities, for example to follow the effects of new traffic arrangements or changes in traffic signal control. However, our main goal is not to focus only on car traffic; public transport and bikes are high in our priorization and all these must be planned together.”